On October 15, the STAR program had the opportunity to meet with two First Financial Bank investment officers, one of which was a  former member of STAR. The Trust department at First Financial manages over $3 billion and organizes numerous investment portfolios. Meeting with the investment officers gave STAR members the opportunity to shadow professionals in the field and see what they do on a day-to-day basis, the portfolios they manage, and the forms of technology they use to manage those portfolios. This opportunity also allowed STAR members to connect and form relationships for networking in the field. We are excited to see what the future holds for our STAR members and the impact they will be making in the marketplace! 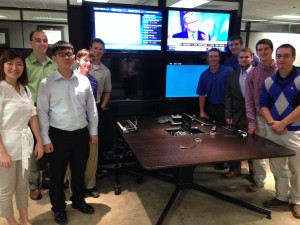 It is that time of year again! Pull out your wallets because Intro to Business’ Venture Out groups are ready to start selling! The 32 teams met with a panel of six judges recently to present ideas and business plans, hoping to come away with a loan agreement.

In the long review with the judges, groups lay out their entire business plan including suppliers, plans for profit, and marketing strategies to be used in promotion of the product. The panel of judges included CEOs and small business owners from the Abilene area. Up to $500 loans could be given to each individual team. Teams are able to pick an organization to give their profits to once the project is completed. Some of the charitable organizations include Habitat for Humanity, St. Jude’s Hospital, the Red Thread Movement, Locks of Love, Southern Hills Church of Christ, and Younglife.Profits range from group to group, but in the past, a group was able to donate $2,000 to an organization. Venture Out is a project that has been used for over a decade, with over $60,000 of donations given to various groups and causes. The project even contrinutes to some scholarships, including the A. Don Drennan Scholarship for students who are struggling financially. From shirts, socks, and sweatpants to hairbows, stickers, and koozies, Venture Out teams are ready to get out and start selling their products! Look for teams selling around campus and remember the good causes the proceeds will be going towards.

Dr. Monty Lynn says, “I love this project because of the hands-on nature. Students are able to see the process of a business start-up to harvest.” 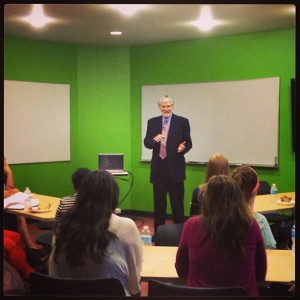 COBA was proud to host the legendary world class Olympic Gold medalist Earl Young. Mr. Young spoke to COBA students at a COBA Career Connect session on October 9. Earl’s list of accomplishments and accolades is quite remarkable on the track field and in the business field. Earl was brought to ACU by track coach Oliver Jackson from the orange trees of the San Fernando Valley in California. At the age of 19, he was a member of the 1960 United States Olympic Track and Field Team, winning a Gold Medal in the 1600 meter relay while also setting a new World and Olympic record. He is an All-American in Track and Field and participated on numerous international teams establishing four World records and four American records. Earl Young attended ACU and graduated with an undergraduate degree in Business along with History and Religion and graduate studies in Business Management.

Earl also shines in the field of business. Mr. Young has served in the role of Advisor, Corporate Officer and Director of companies in the United States and abroad. He has worked with Fortune 500 companies and Investment Banking firms in New York, Los Angeles, Toronto, Vancouver, and London. He has also worked with the World Bank and U.S. senators and congressmen. One of the organizations he has worked with is the Madagascar World Voice, a philanthropic organization partnering with World Christian Broadcasting to broadcast news, education, and entertainment with the fundamental message of hope and freedom to over 2 billion listeners throughout the world. Earl’s connections in Madagascar started the process of a scholarship funded by the World Bank for ACU students who are from the Republic of Madagascar.

Mr. Young’s resume also includes work with the Diamond Fields International Ltd., Earl Young and Associates, Renaissance Capital Group, AMI Investment Corporation, and Chafin and Young. Mr. Young is a member of the Abilene Christian University Council and a Director of the American Studies Institute Advisory Board of Harding University. 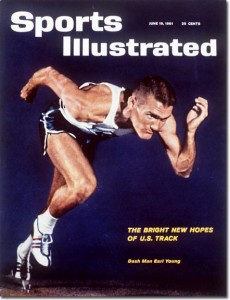 Earl is truly the definition of an exceptional performer in all aspects of life. Earl told students how he used to doubt all of the talk about God’s direct provision and intervention in people’s lives. Looking back on his life, he now sees how God was the sole reason for all of his opportunities and achievements. His gold medal in the 1960 Olympics has opened many doors for him throughout his life time. Earl encouraged students to think about their own gold medal and what achievements and blessings in their lives they have that will open the numerous doors for them. ACU and COBA are proud to recognize Mr. Young as an ambassador for God through his actions and achievements throughout the world. Earl currently lives in Dallas and continues to exemplify the faith-based truth that with God, all things are possible.

“Once the door of opportunity has been opened for you, you have to have value to offer before the door closes. Embrace every opportunity or that door will close too quickly.” 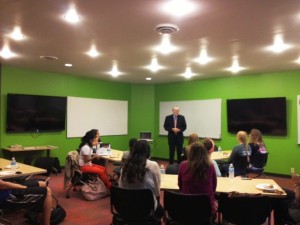 “The workforce is looking for hard working Christians with integrity. With all of the high pressures in business, honesty is such a valuable characteristic for businesses today.”