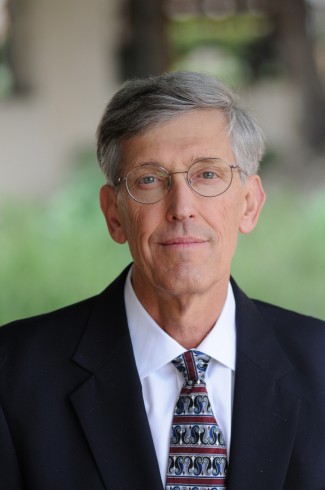 Abstract:  Localizing arrays of atoms in photonic crystals could provide new capabilities for quantum networks and quantum many-body physics. Intriguing theoretical analyses suggest the emergence of completely new paradigms for strong atom-photon interactions that exploit the tremendous flexibility for modal and dispersion engineering of one and two-dimensional photonic crystals. Bringing these scientific possibilities to fruition requires creation of an interdisciplinary ‘toolkit’ from atomic physics, quantum optics, and nanophotonics for the control, manipulation, and interaction of atoms and photons with a complexity and scalability not currently possible.

Short Biography:  H. Jeff Kimble is the William L. Valentine Professor and Professor of Physics at the California Institute of Technology, where he is Director of the Institute for Quantum Information and Matter. He completed his undergraduate degree at Abilene Christian University in 1971, then his doctoral degree in 1977 at the University of Rochester. He spent two years as a staff scientist at the General Motors Research Laboratories. In 1979, he joined the faculty at the University of Texas at Austin, where he eventually held the Sid Richardson Regents’ Chair of Physics before moving to Caltech in 1989. The general areas of his research are quantum information science and the quantum dynamics of open systems, including quantum measurement, cavity quantum electrodynamics, and the realization of quantum networks. Professor Kimble is a Fellow of the American Association for the Advancement of Science, the American Physical Society, and the Optical Society of America, and is a Member of the US National Academy of Sciences.