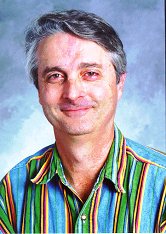 Abstract:  A Future Circular Colliders Initiative has just been formed, to build a colliding beams complex to extend the reach for discovery in high energy physics.  It will feature a Higgs Factory, an electron-positron collider that will operate on the resonance of the Higgs boson to generate millions of them to systematically study the gauge couplings of the Higgs boson to the guage fields of the Standard Model.  It will also feature a 100 TeV hadron collider to extend by a factor ten the mass scales that can be explored beyond the Standard Model.  The initiative is the subject of competition for its siting, including a site near CERN in Geneva and a site near Beijing.  The competition has a special significance for Texas because a proposal is being made that Texas offer to complete the SSC tunnel near Dallas as a site for the project.  The world plans and the Texas initiative will be described.

Short Biography:  Peter McIntyre is Mitchell-Heep Professor of Physics at Texas A&M University.  He has a number of accomplishments to his credit in accelerator physics, including proton-antiproton colliding beams, advanced superconducting magnet technology, and accelerator-driven fission in a molten salt core as a method to destroy the transuranics in spent nuclear fuel.