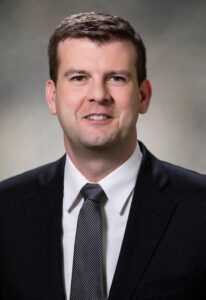 On April 20th Dr. Robert Rhodes, ACU Provost, announced the appointment of Mr. James Wiser as Dean of Library Information Services and Educational Technology effective August 1st. Since 2015 James has served as the Library Consortium Director for the Community College League of California, California’s 115 community college libraries, which together serve 2.1 million students and more than 15,000 faculty members.  Previously he held librarian and library-related positions at SAGE Publishing, SCELC (Statewide California Electronic Library Consortium), Pepperdine University, and General Motors. James was instrumental in ACU’s joining the SCELC Consortium as the first member outside of the state of California.  He earned a Master of Business Administration from Pepperdine University in 2012, a Master of Library Science from Indiana University-Bloomington in 2002, and a Bachelor of Arts in political science from Harding University in 2000. In 2017, James co-authored and edited with Rolf Janke Open Book: A Librarian’s Guide to Academic Publishing (2017) Mission Bell Media, and he has published several journal articles related to library management and scholarly communication, and is a current member of the editorial board of Serials Review.

He and his wife, Dr. Candice Ortbals-Wiser, incoming ACU University Scholar and professor in the Department of Political Science and Criminal Justice, are the parents of two daughters: Etta, 4, and Marian, 2. They are members of the Camarillo Church of Christ in Camarillo, Calif.