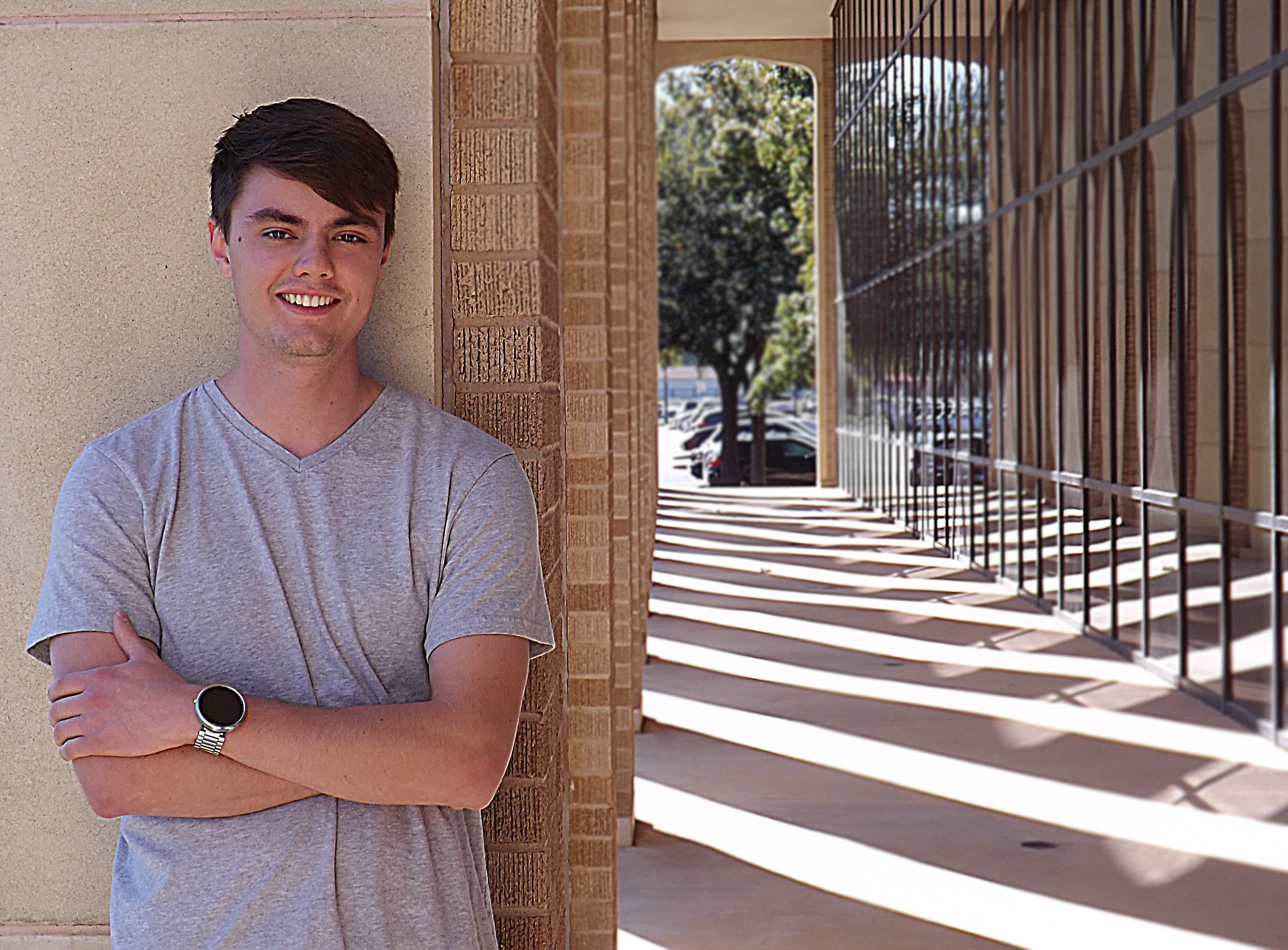 Growing up in Abilene, Christian always knew of ACU, but did not know a lot about it until his first campus tour. He had visited a few larger schools, but felt as if he would be just a number and would fall through the cracks. He recognized the close-knit community at ACU, which helped him decide to attend ACU. He quickly realized that he was not just a face in the crowd, but rather an individual with unique abilities and talents that were brought out by his peers and professors.

Christian chose to major in IT so that he could interact with technology hands-on. Throughout high school, he completed several IT certifications where he started to learn how networks are set up. His networking class helped reassure him that this is truly what he wanted to do for the rest of his life.

Christian began working for Team 55, ACU’s campus-wide technology support office as a freshman. This allowed him to use some of the skills that he is learning in his classes. This experience was also helpful in preparing him for his internship with USAA in San Antonio. Christian worked in the IT Operations department performing system administration tasks and Linux server management alongside, ACU alum, Patrick Luberus (’14).

This experience gave him a wide range of skills and exposure to technology that is hard to replicate in the classroom environment. He is able to apply this knowledge to specific classes that has taken at ACU. Beyond the technical knowledge, he learned about how to work in the corporate environment. “This summer was invaluable because it gives me a goal and direction to reach towards over the next two years,” Christian adds.

Christian has accepted a full-time position with USAA and will begin working there after graduating in December. He is excited about returning to USAA and being able to build upon the foundation that he has created over the past two summers.