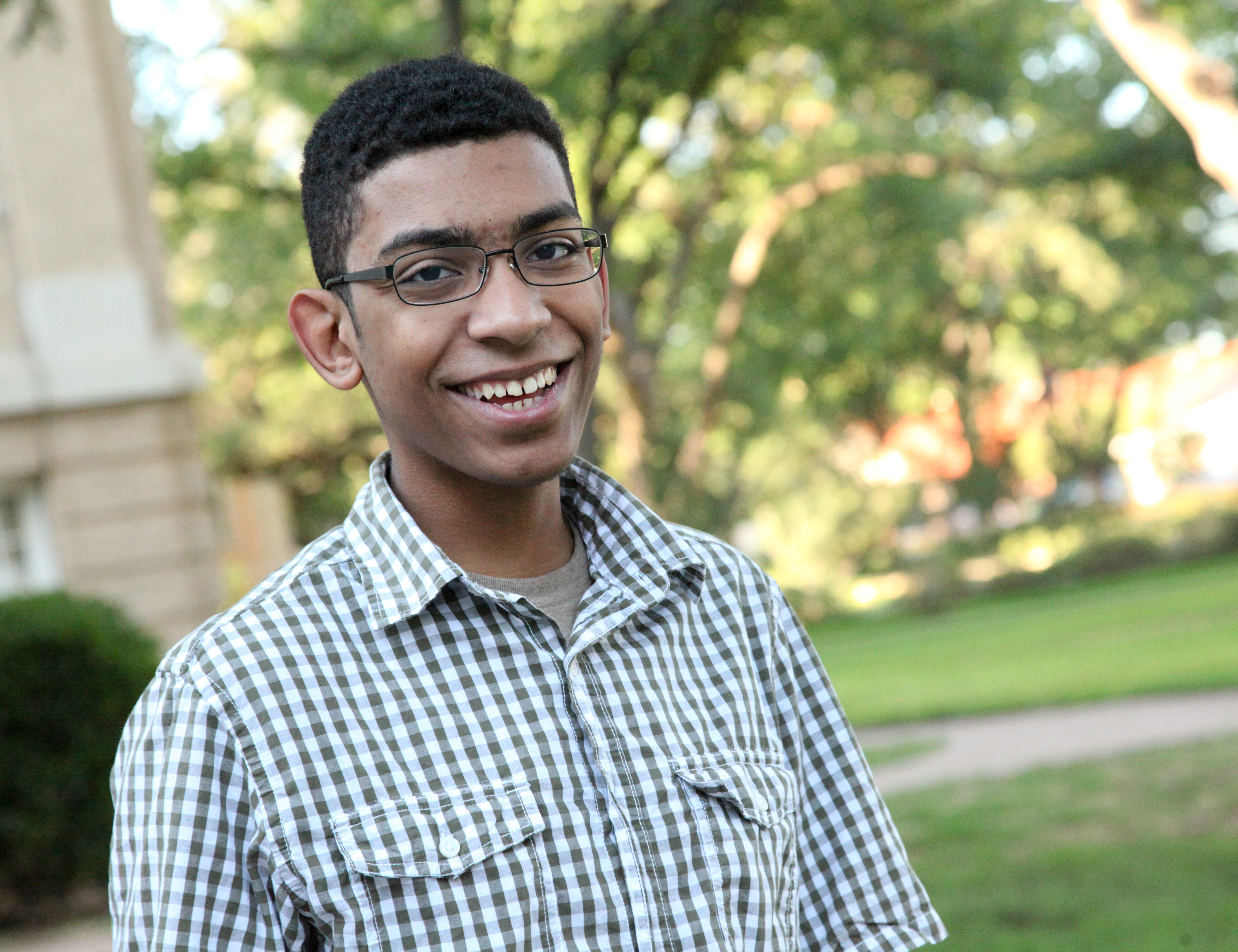 When Patrick Luberus thinks back to what brought him to ACU, he remembers a Google searchbar and typing the words “information technology.” ACU was one of the universities that popped up as a result. But though that initial search put ACU on his radar, he wasn’t sold on the university until he interacted with the faculty.

“What kept my attention was the quality of education that ACU seemed to offer, especially regarding technology,” he said. “An institute of learning that embraced new and emerging technologies rather than shying away from them? Sign me up.”

Patrick wasn’t just vaguely interested in technology, though. He had a specific goal in mind: learning systems information and technology. Fortunately, ACU’s School of Information Technology & Computing had just the program for him.

“ACU’s SITC was probably the main reason I came to ACU. Having a strong CS/IT program was really important to me because I wanted to be prepared for a future career in that area. ACU had the programs I was looking for,” he said.

A strong computer science program was certainly one of Patrick’s reasons for choosing ACU, but the SITC faculty members were also a huge part of that decision. One of Patrick’s favorite professors is Ray Pettit, whom he first met before arriving on campus.

“I think my first interaction with Dr. Pettit was on a phone call where he personally congratulated me for having been awarded a particular scholarship,” he said. “I never thought university professors would do something like that. That was pretty cool. Knowing that a professor cared enough to personally congratulate a prospective student had a huge impact on my decision to attend ACU.”

Ray Pettit isn’t the only faculty member he likes and respects, though. Patrick has found ACU faculty in general to be examples of Christian leadership and academic excellence.

“I have thoroughly enjoyed all of the professors I have had so far,” he said. “I have learned a great deal from them and look forward to taking more classes with them in the future. ACU’s professors just really seem to care about their students.”

Patrick spent the summer working at Rackspace Hosting, an IT company that provides hosting and cloud services for various businesses. As an intern, he primarily worked with the Tech Support/Help Desk team, which involved fixing any technological problems for Rackspace employees and setting up equipment for new hires.

“It was stressful at times, but I learned a lot,” he said.

Although his major and internship both involve IT, Patrick’s true love is web development. What started as a fun hobby has gradually become a chance to enter a new and ever-changing field.

“I’ve always played around with web development for fun, but never got really serious with it. But with constantly streaming high-speed internet for everyone on the horizon, I see big thing happening with the internet,” he said. “I’d like to be a part of that future.”

Fortunately for Patrick, web development is the sort of field where there are multiple job opportunities and plenty of chances to experiment with your own style.

“I’d eventually like to become a systems administrator or a professional web developer,” he said. “I want to share my love of technology with others, so I could see myself working at a small business or school.”

Patrick isn’t exactly sure where his dreams of web development will take him. But he is certain that ACU is giving him the academic and faith-based foundation to make those dreams an incredible reality.

“I hope to gain many things from ACU, but the main thing that comes to mind is a solid foundation,” he said. “I want to be as prepared as I can be for everything that lies beyond college. ACU is already doing that for me, with great classes and awesome internship opportunities. And the great thing about ACU is that I can also strengthen my faith at the same time!”