I Thought I Knew How to Think by Wesley Erickson

“I Thought I Knew How To Think…”: How Seminary Revitalized My Spiritual and Intellectual Life

Throughout my life I was told to guard my heart above all else and for good reason. I am and always will be a wanderer. My mother knew the tendencies of my heart, that it was prone to testing boundaries (I was, after all, a pastor’s kid and seeing how much I could get away with was peak rebellion). In fact, as my mother laid on her deathbed during her second bout with cancer, she turned to her 16 year old son and said “Wes, guard your heart… and remember that you have the mind of Christ”. I never forgot her delicate voice even when I chose to ignore her advice in the years after her death.

Within those years I moved from prodigy to prodigal. My spiritual life was frail and incapable to overcome my grief. Elsewhere my intellectual journey continued at King’s College London, studying Religion, Philosophy & Ethics. It was here that I believed the benchmark for intellectual vitality was memory retention (i.e. how much can you remember when being tested? As opposed to, what do you actually think about this? More on this and the GST later!).

In 2015 I left my home city, London, England. The dissonance I experienced with faith and studying was comprehensive and yet there remained enough instinct to know I had to leave the city and start fresh. I was willing to go anywhere. If I remember correctly my first option at the time was Greece…

Pause. There is MUCH to say between May 2015 and January 2016. If you wish to hear the good, the bad, and the ugly from my journey, not only to Abilene Christian University, but back into the loving arms of the Father, please message me! I am always happy to share and connect. Essentially here’s what happened: I left London, travelled Europe, reconnected with an “old friend”  in Romania (she is now wife as of 2019!), followed her to a town in Texas I had never heard of, met an amazing community of believers who stirred my heart for Jesus, and signed up for graduate school in January of 2016.

I share my past for greater context on why Abilene Christian University became more than just one option among many. The subsequent semesters challenged me to consider what it was I actually believed and how I spiritually and intellectually engaged faith and life. Prior to entering the GST, I was comfortable with the notion that intellectual engagement meant having a breadth of information over depth of critical thinking. I thought I knew how to think. Thus, with each class my previous self-understanding was being reformed. I began to notice the posture my professors and peers modelled with one another. It was founded upon Jesus Christ, who I had understood, by way of my mother’s last words, as the One who guarded my heart and forged my mind. 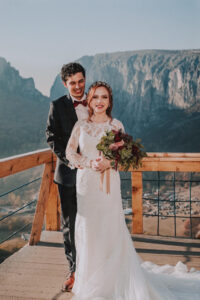 As the GST community invited me into deeper reflection they tutored me to form my own critical thinking. I was being trained to uphold attentiveness to academic and spiritual primary texts; to discern with exemplars who fashioned intellectual conscientiousness with their core convictions; to observe open mindedness with differing perspectives; and to foster my own sense of intellectual courage (Jason Baehr, The Inquiring Mind: On Intellectual Virtues & Virtue Epistemology) in charting new conversations.

An important note. At various stages in my life I have encountered believers who (I maintain, had good intentions) warned me of academia. They told me to guard my heart not only from sin but from the slick “Spirit-quenching” arguments of academia and that intellectualism would leave me “in a dry and thirsty place”. To this I can say that my experience with the GST has been precisely the opposite. As one who grew up in charismatic circles, circles which I still deeply cherish, I do not use the word revival lightly. Yet I can say with confidence that I have been personally revived, both spiritually and intellectually, by my experience in seminary. I believe the reason for this experience is that the GST is grounded in the One who came “not to be served but to serve” (Mark 10:45). As Jesus Christ remains foundational to the GST, the seminary will continue to cultivate ministers, scholars, and disciples of Christ who seek to serve friend or foe (the scripture reference and application was inspired by Dr. Paul Gavrilyuk who spoke at the 2018 IOTA, International Orthodox Theology Association, conference in Romania).

I cannot fully express the significance of my time so far at the GST. But maybe in sharing my current ministry context I can further show the importance of spiritual and intellectual formation. 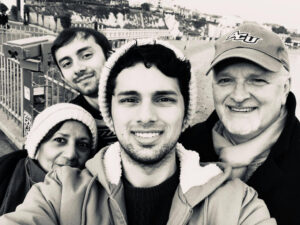 Like many of my peers my own calling was not fully discernable upon entering seminary. I felt caught between the traditional pull of pastoral ministry within the local church and pursuing further education. Neither seemed like the right fit and I wrestled for two and a half years with my ministerial calling. It was on the suggestion of my M.Div. supervisor (thank you, Dr. Gibson!) that I took the Hospital Ministry class with Dr. Tommy Culwell. Not knowing what to expect I went in with little expectation. Two years later I am now a full time chaplain at Hendrick Hospice Care and a part time chaplain in the Department of Mission & Ministry at Hendrick Medical Center in Abilene, TX. I never would have expected to fall in love with chaplaincy as much as I have if it had not been suggested by a faculty member or if the GST had not formed my own spiritual and intellectual faculties. I partnered my theological training with my experiences of loss, grief, and death and together they have become sources of strength for my ministerial identity and context. As I visited the sick, the broken, and the lonely I began to lean on my spiritual and intellectual formation as it guided me to both minister and to heal the hearts and minds of hospital and hospice patients.

My learning has continued beyond the classroom as I now overlook the vast and tumultuous context of chaplaincy. Personally, chaplaincy continues to be the most theologically charged context I have encountered. There is not a single moment where my intellectual and spiritual formation is not being called upon to be attentive, conscientious, open minded, and courageous. Greater than this is the constant and yet blessed opportunity to love my neighbors at their weakest. Chaplaincy has required of me all the virtues noted above and there is peace in knowing that the spiritual and intellectual vitality I gained at the GST is bound to a mission which is modelled in the life, death, and resurrection of Jesus Christ.

Wes finished his B.A. in Religion, Philosophy & Ethics from King’s College in 2015 and is currently working on finishing his Master of Divinity and Master of Arts in Theology at Abilene Christian University. He is a full time Chaplain for Hendrick Hospice Care and a part time Chaplain for Hendrick Medical Center in Abilene, Texas. As of October 2020, Wes has joined the board for Beyond Trafficking, a not-for-profit that seeks to combat human trafficking in West Texas.