Hold Your Ground: A Student Developed and Published VR Game

There are no limits to the power of an idea. To ensure that students at the School of Information Technology and Computing know the power of their imagination, the department focuses on creating an environment that fosters innovation and encourages creativity to bring ideas to life. Professors enable students by providing the necessary tools and resources that can make any idea possible through one-on-one time, consistent feedback, and challenges that can make them better professionals. This creative space was the first step to the success of some of our DET majors and their game: Hold Your Ground.

What began as a final project for a class, turned into a personal success that required drive, effort, and passion. Students Caleb Jackson, Bryce Gattis, and Andrew Thomas appreciated the freedom to work on something that they genuinely enjoyed for their DET 310 (Digital Entertainment Technology II) course. They knew that virtual reality was not an easy thing to do, but they all saw this project as an opportunity to further their skill-sets, build a stronger portfolio, and challenge the process of creation. Caleb shared how his idea originated from a simple concept of a game with bow and arrow that could be programmed with the combined efforts of all the team members. Each of the team members was an exceptional asset to the creation of this virtual reality game. Bryce, who had a contract with Brazen Animations at the time, knew the value behind the right game engines and tools that would guarantee a high-quality product. It was then when the group chose to take up the challenge and work with Unreal Engine 4, known as “the world’s most open and advanced real-time 3D creation platform,” to develop their game.

The process to develop this game was challenging and required major commitment from all team members as they decided to take on a project that was much larger than just a class assignment. Their roles and the distribution of their responsibilities was pivotal to the completion of the project by the end of the semester. When asked about the roles of each member, Caleb shared, “I was mostly the creative director, working as a level-designer and approving different ideas while also working on the game. Andrew did most of the texturing and put a lot of work into the game engine. We both worked on the 3-D models for the game because these were not assets given to us. Bryce did the majority of the programming and lighting design, as he wrote and edited most of the code. Both Bryce and myself worked on the User Interaction and layout of the game.” After long nights and many work hours, these students successfully presented their project for class. They soon realized its potential and how promising it was to take their idea even further. As they were encouraged to continue to work on this game over the summer, all of the team members took the responsibility to take time off their busy schedules to develop what would one day become a published game on Steam. 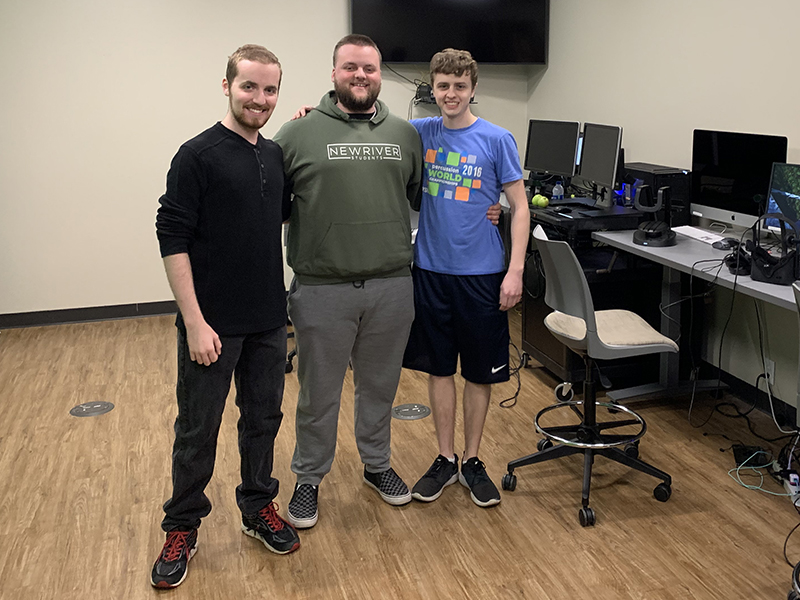 to Caleb, the education that he has received as an SITC major prepared him for this project and the game was simply a byproduct of it. He appreciates how his major encourages him to build a strong portfolio as this is the third major game that Caleb has worked on; however, not all of them had given him the confidence to move forward with them like Hold Your Ground did. Additionally, he believes that his professors served as a major resource when it came to feedback for the game and learning the skills necessary to make this game possible because skills like engines, texturing, and 3-D modeling are not easy tasks to perform. These students knew the value in these resources but never settled for just what they learned in the classroom. They sought more learning opportunities, studied the process of other professionals, and spent hours getting their hands dirty to see what professionals in this field really do.

On November 13th, 2019, Hold Your Ground was accepted for distribution by Steam. This marked an outstanding accomplishment for all of these students as creators, professionals, and future employees of top companies. Moving forward, this group of students will be looking for ways to improve the user experience and will continue to work on this game to make it the best it can be. Their hard work was incentivized by the job opportunities that building a strong portfolio will create for their future. Caleb Jackson, who recently nailed an internship with USAA said, “Projects like these set you apart from other people. Being published is a big deal, and it is not easy. Employers will take you seriously because you know how to finish what you start, and that isn’t the case for most people.” 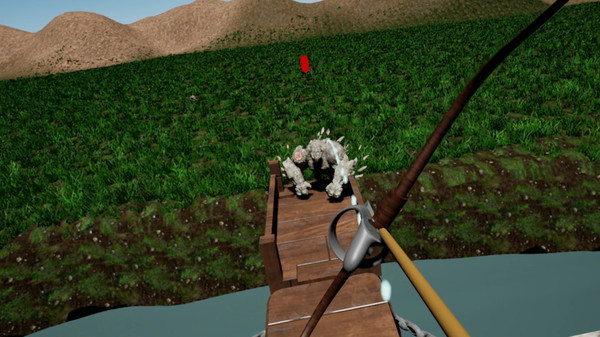 These students paved a path that doesn’t only differentiate them as future professionals, but that serves as an inspiration for all of those students who are trying to further their passion for what they do. The success of this virtual reality game is proof of what hard work, dedication, and the willingness to invest in your passion can do.

Check out their game here!