Faculty and staff of the SITC celebrated with graduates and their families at a dinner at Lytle Land & Cattle Company on Friday night. It was a time for those in attendance to celebrate milestones, reflect on their educational journey, and recognize talented students and faculty. 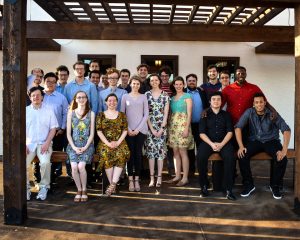 Charlie Velazquez, Digital Entertainment Technology major, received the Inspiring Leadership Award with faculty members saying, “Over the last two years, he has distinguished himself with his attention to detail in creating incredible 3D models.  He has inspired an entire group of underclassmen to a higher standard of game development.” 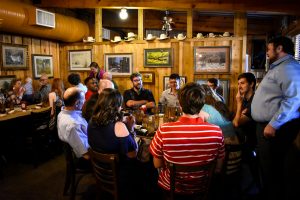 Collin Blanchard, Computer Science major, received the Award for Commitment and Resiliency. When asked about Collin, faculty said, “During his time at ACU, this student has shown great determination and willingness to learn whatever was asked of him. He has approached difficult problems with a consistently positive attitude and has made a positive impact on students around him.” 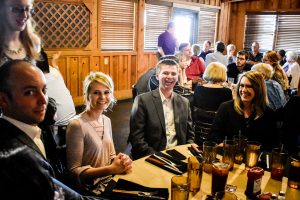 John Wolfe, Information Technology major, received the Pursuit of Excellence Award. Faculty said about John, “Over the past four years, he has distinguished himself among his peers as someone with a positive attitude and a persistent drive to search for and find answers. His motivation, perseverance and relentless pursuit of excellence has been evident in all that he does. He never gives up, even with the most complex problems and serves as an example to many.” 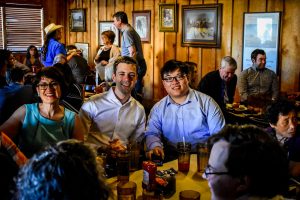 Korbin Ancell, Computer Science major, received the Application and Ingenuity Award. Faculty said of Korbin, “He is always involved with multiple projects both inside and outside the classroom in addition to working 2 to 3 part-time jobs. His exceptional curiosity has made him both a great student in the classroom, as well as leading him to accomplish a wide range of inventive projects of his own inspiration. He has developed a reputation around campus as the “go-to student” who can help with a wide range of technical projects.” 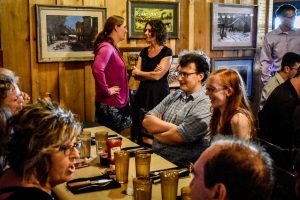 Alani Peters, Computer Science major, received the Research Dedication Award. Faculty said this about the final award recipient, “During her time at ACU, she has rigorously applied herself to the pursuit of research. She has contributed to each project through countless hours of hard work and has seen the fruits of her labor as publications in highly respected conferences with her professors and her peers.” 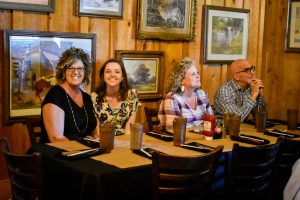 University Scholars, George Bush, Caleb Martin, and Nevan Simone were recognized at the dinner as well. These students were nominated by department faculty and recognized overall by the university as “excelling in scholarly activity appropriate to their disciplines.” Only fifty ACU students are recognized each year and this year, three of them are graduating from SITC.

Dr. John Homer received this year’s SITC Teacher of the Year award, presented by last year’s winner, Dr. James Prather. The Teacher of the Year award is voted on by all students in the School of IT and Computing. Students had this to say about Dr. Homer: “He is an incredible professor who cares about his students and takes the time to make sure the information is understood. He is an example of humility, Christian leadership, and quiet compassion. He’s also brilliant, an avid learner, and incredibly funny (but don’t tell him that). Dr. Homer somehow makes running the department, delivering polished lectures, and leaving time for family look easy.  His professionalism and kindness toward both students and faculty is truly inspiring.  I can think of nobody more deserving of this recognition.” 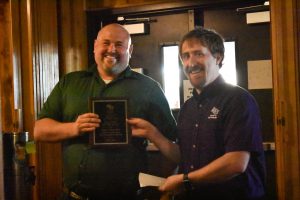 Congratulations to the award winners and to all of the graduating students in the School of Information Technology and Computing. Go change the world, Wildcats!

For a complete look at the pictures from the SITC dinner, click on this link.