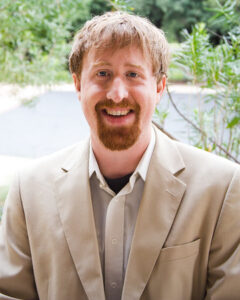 Dr. James Prather, associate professor of computer science, is combining his love of biblical text and computer science as he continues his work on the THEOT (Textual History of the Ethiopic Old Testament) project, exploring ancient Ethiopic biblical manuscripts and producing print and digital editions of Old Testament books in Ge’ez, the ancient language of Ethiopia. Joining Prather in the work is Dr. Brent Reeves, associate professor of management science and computer science at ACU. Together they are working on visualizing the relationships of these manuscripts and their manuscript families. These visualizations will help biblical scholars get a quick overview of how textual history developed. The THEOT project is at the beginning stages of a three-year period, funded by a prestigious $300,000 grant from the National Endowment of the Humanities (NEH). ACU received the second-largest grant in the state of Texas for the project, putting the university on the map for biblical research. Along with the visualizations, the project will involve several publications of critical texts of Ethiopic Old Testament books. Prather began his involvement in the project through his master’s work in the ACU Graduate School of Theology where he completed a Master of Divinity and Masters of Arts in the Old Testament. It was during his thesis work that Prather began working under Dr. Curt Niccum, professor of Bible, who is leading the NEH project. Since then they have been brainstorming a way to apply Prather’s computing background to the massive amounts of data that have been collected. 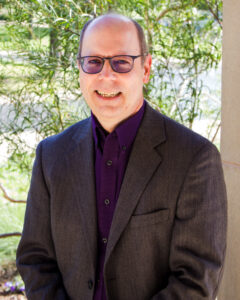 Dr. Prather stated that there are hundreds of thousands of manuscripts in Ethiopia that have not been studied or cataloged and that the work of this project will ultimately benefit Christians everywhere as we continue to refine our understanding of the earliest biblical manuscripts. Because early manuscripts were copied by hand by scribes, this often led to mistakes being introduced into the texts. Biblical scholars like Dr. Niccum track those mistakes in order to identify relationships between manuscripts and develop a better understanding of textual transmission. This helps scholars piece together the earliest witnesses that shed light on difficult-to-translate verses in the Bible. Ethiopic has long been ignored by biblical scholars but has recently picked up steam within the community. Ancient Ethiopic, called Ge’ez, was spoken until around the 10th century A.D. and is one of the languages into which the Bible was translated within the first few centuries after Christ. Unlike other translation languages, such as Latin or Coptic, Ge’ez is Semitic (like Hebrew) and shares influences from Arabic and Syriac, as well as Greek. With such a goldmine of manuscripts, Prather intends to utilize data mining and artificial intelligence algorithms to sort through them to provide a meaningful picture for scholars to consume.

Dr. Prather hopes that his students will gain an understanding of how computer science can be used in partnership with other fields of study like working on the biblical text. He also noted that his propensity for biblical languages stems from a penchant for computer languages stating, “It is all syntax and vocabulary and if you are a linguist switching from one to another, it does not really matter a whole lot. So if you nail programming languages, you will probably be pretty good at spoken languages too.” Prather feels that the real contribution to this work is that the witness of the Ethiopic text is going to help increase the validity of the Bible by either adding witnesses to what we already know or helping shape clarity to our understanding of the Bible. Along with this important work, the THEOT project is showcasing ACU as being at the forefront of cutting-edge biblical studies research, raising ACU’s profile among other universities.