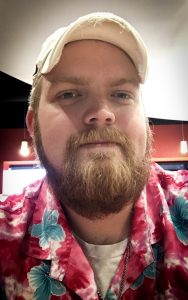 Meet Drake Pamplin, a senior Digital Entertainment and Technology major from Abilene. Drake’s family has a strong legacy with ACU. In fact, his father, Dr. Kim Pamplin, is chair of the ACU Chemistry and Biochemistry department.

When asked about courses that he has really enjoyed, Drake says that the animation course whose curriculum was created by Bryon Caldwell, an industry animator, is at the top of the list. Caldwell’s course allows students to talk to and get opinions from a professional in the field. On the coding side, Drake has really benefited from classes such as Programming (one and two), which teaches C++, a core language that is close to old programming languages that most programs are based on. Game engines such as Unreal and Unity are based on C++ and C# (which is similar to C++).  Drake said, “You can’t make a game without writing code. Learning C++ was integral to my success.” Another course that is a favorite of Drake’s is Object Oriented Programming, which he believes will prove very useful in the field of game development as he moves into his professional career.

Drake is planning on working with USAA this summer in a software development internship. He will be working on developing and publishing software for their website. “If you are a DET student in your junior or senior year with a good GPA, then they (USAA) will want to talk to you.” When asked about the interview and recruitment process for the internship, Drake described it as “very natural”  saying that USAA came to campus and talked with interested students. Most students were then invited to dinner that evening where they could see how students interacted with their peers. The next day, USAA conducted a formal interview where they discussed technical skills with the interviewees.

During his time at ACU, Drake has worked on-campus as a tutor for classes such as Computer Organization and 3D Modeling. He also worked for Wildcat Central and now works at Wildcat Software, developing software for clients in the Abilene area. A recent Wildcat Software project had him working on updating a website for Rainbow Bible School. Drake is also involved in DET Club where he currently serves as the President of the game development section.

In his free time, Drake is working on many different projects including a recently completed game for Global Game Jam. He was approved for funding to get a Steam license and is now in the process of getting the game on Steam. Drake is also working on a survival style game stating that he has a tendency to stay busy with projects. “When I see a new thing I want to do, I start it, so I’ll have a hundred different projects open.”

ACU has taught Drake not only the skills to make it in the industry, but also the skills to integrate his faith into everyday life. “Not every job you do is going to be something divine, most jobs are going to seem pretty menial. However, here you learn how to make your work reflect your faith.” We wish Drake luck in his future endeavors and look forward to seeing his next completed project. To learn more about the DET program, click here. 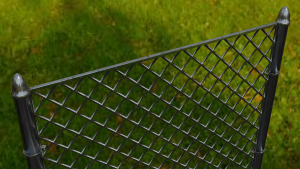 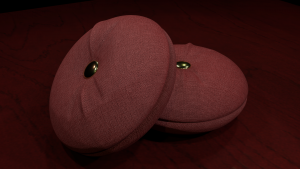 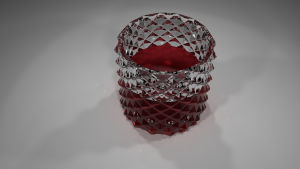