Jared Arthurs is a senior Computer Science major from Sugar Land, Texas. He chose ACU because of the 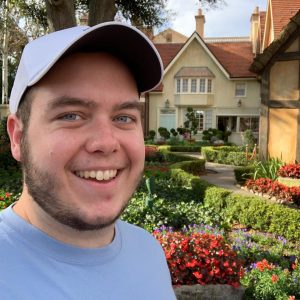 Christ-centered environment that it offers and because he values the smaller, more personal class sizes. Since beginning at ACU, Jared has come to appreciate that every class has included a spiritual element.

Two of Jared’s favorite SITC courses have been Graphics and Software Engineering, with Graphics being an especially interesting topic to him. He said, “It was really fun to take math concepts, turn it into code, and visualize it on a computer screen.” However, his hands-on team experience from the Software Engineering course proved to be the most useful in his internships.

Arthurs has shown great initiative and has already completed two internships. The first was with Abilene Regional Medical Center where he worked on data collection and statistical analysis to track outcomes and improve patient experiences. Though he feels his contribution was small, Jared enjoyed the sense of accomplishment from helping people and making a difference. He said, “It taught me about working independently towards a larger goal.” Arthurs also interned at USAA, using the skills that he learned in the classroom to work with other interns on writing scripts and performing unit tests to update the in-house software, making it more efficient. Their contribution was implemented and is now used by half a million people a day. “It was very satisfying to know something you worked on was going to affect and improve someone else’s way of doing something.” 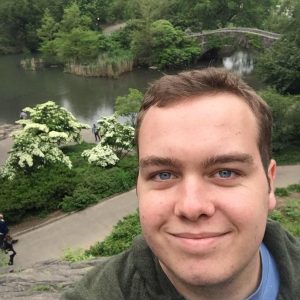 Jared has been very involved with the department outside of his classes. As a sophomore, he tutored for the Programming 1 course. Now he works for Wildcat Software, a student-run company on campus. There he helps write websites, make apps, and teaches others how to do the same. The most interesting project he worked on was making COBA’s calendar system easier for the administrators. Arthurs is also part of SIGCHI, a student chapter of the premier international society for professionals, academics and students who are interested in human-technology and human-computer interaction (HCI). He’s currently working on a research paper pertaining to social media. It focuses on why people post what they do and how those posts become popular. He hopes to submit it to the CHI Conference in 2020. While all of these things have impacted and molded Jared’s education and experience, he says that what changed his life the most was a small group chapel called Litany of Humility saying, “It showed me what it looks like to embody a humble mentality.”

One thing Arthurs wants prospective students to know is that ACU is able to prepare you for your future employment as well as any large state school, with an added bonus stating, “Unlike many other schools, character building is part of the curriculum at ACU.” There are so many ways to get involved inside and outside of the classroom that help shape and refine students. Faculty and staff want students to know that they are helping to form people of character, not just robots that know how to do their job really well.” Jared has taken full of advantage of the opportunities to be engaged with the university and sums it by saying, “ACU taught me there shouldn’t be modes, you shouldn’t just enter spiritual mode on Sunday morning and exit spiritual mode on Monday. It’s a way of life.”