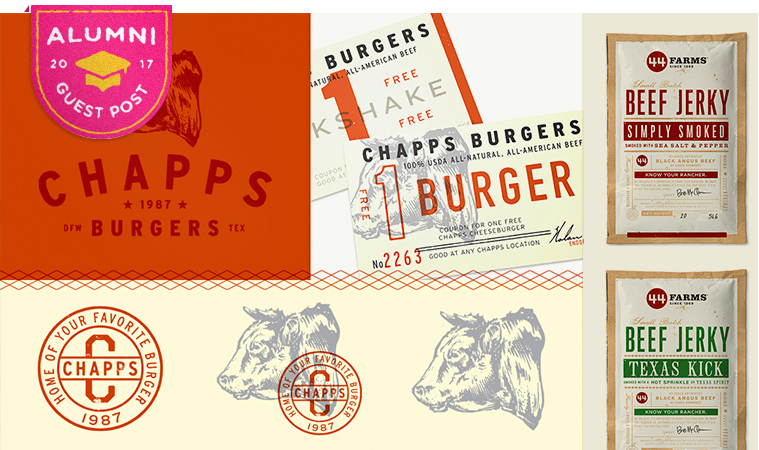 My name is Zack Guerra and I am a graduate of the ACU Art & Design department and junior designer at Canales & Co.. My experience in the design world is a fairly unique one compared to most. First, I got my first (and only) internship without my boss ever seeing any of my work. Second, when I came on as an intern after graduation in 2014, Canales & Co. did not exist. My boss, Jose Canales, was a freelancer, so my job consisted of helping him manage day-to-day needs and basic design tasks. These two facets of my experience helped shape who I am now, and – I believe – could help any student leaving school and entering the workforce.

As I mentioned earlier, I was hired without my future boss ever seeing my work. That’s not because I was so amazing he already knew my name and work. That’s because I was an idiot and didn’t have a portfolio. My boss and I will joke about that from time to time, and I sometimes wonder how I got the job. One day, when Jose was feeling more sentimental, he told me he hired me because of the way I talked to him. He said that while it helps to be a good designer and have knowledge of the programs, programs can be taught – being a good person cannot. Jose, at the time, was working out of a small storage closet attached to his living room. You can imagine how weird it was for him to invite some random dude to work with him in a space about the size of Harry Potter’s bedroom, in his own house with his wife and baby girl there most of the day.

For him, it was a matter of comfort. Could he get along with me? Could he trust me, could his wife and daughter trust me? This is definitely a unique scenario, but I think it applies to all employer/employee relationships. Employers want someone they can trust and depend on. You may not be working out of their home, but in many ways a studio is a home and the employees are a family. One wrong hire could mess up that dynamic. Working in my boss’s home gave me a lot of insight into how important it is, as an employee, to respect and value my coworkers and boss. Don’t be the squeaky wheel, be the grease. Be thoughtful about your role in the company and ask yourself how you can make things better. Would you hire you? I say this because it’s very easy to put on a face when you go into an interview or hang out with a potential employer. You change yourself to fit what you think they are looking for, but ultimately, that’s being untrue to yourself as well as your potential employer. As cheesy as it may sound, you are your greatest asset. Embrace your style and taste and showcase that in your next interview. Show them what makes you different and how that can be an asset for them. Don’t be a robot.

The second characteristic of my early career was the nature of my work. My internship wasn’t as another face in a crowded agency, but rather as the owner’s right hand man, helping him balance his freelance work. My first day was an absolute nightmare. Actually, my first week was an absolute nightmare. As I mentioned in the last paragraph, we were working out of his house and even getting up to use the bathroom felt weird – I felt like I was intruding. I think I spent half the day working on one sketch that he killed in two seconds. It was my first day, and I wanted to quit. I constantly felt out of my league. I was competing, in a sense, with one of the designers I had admired for so long – and he was kicking my butt. My dad was instrumental here. His advice? “Shut up and stick it out until the internship ends.” It was only 3 months, after all. I was thankful for that because it shifted my focus and gave me the mindset I needed to get over that first obstacle. I was so caught up with how many things I couldn’t do that I was overlooking all the things I could do, not to mention all the things I was learning by working one-on-one with Jose.

I started to count the little victories. Maybe it was him liking a font I chose, or a layout I was playing with. Whatever it happened to be, it helped me get over my self-doubt. I was young and inexperienced and wrongly beating myself up for it. Plus there were perks (though I didn’t see them that way at the time) to working in such a small studio. 3 weeks into the job, I had to pitch our design concepts to a client, right on the spot. I was incredibly nervous, but Jose wanted me to get used to speaking about and selling my work. That’s a lesson I’m extremely thankful for. It helped me understand the significance of concept behind a mark or brand – “because it looks cool” wasn’t enough.

As months passed, I grew more efficient with my time, so my workload grew. I tried to stop seeing myself as a liability, but more as an asset. We became a team, and were able to knockout projects faster than either of us could on our own. As time went by, our workload increased, I came on full-time, and it became clear that this was never going to stay a small freelance business. In early 2015 we launched Canales & Co. as an evolution of what Jose had started months before. Jose had trained me the whole previous year, and my confidence in myself had never been higher. I’m not talking about arrogance – I’m talking about being able to get work done. Instead of sitting at the computer, crippled by the fear of what someone may think of my work, I learned to trust my instincts and take risks. I developed my own taste and found work that inspired me.

The first year has a lot ups and downs and countless hurdles to jump over, but you have to stick with it. The design heroes that we look to for inspiration didn’t get there in one day, but rather, after years of dedication and hard work. I know someday I will be there as well, and hopefully my work will inspire the next group of upcoming designers. Work ethic, patience, and thick skin are all qualities you need to bring to the table to succeed as a designer. But even more than that, you need to be confident, remembering your time will come if you stick with it. 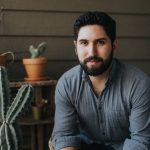 Zack is a graphic designer & illustrator who graduated from ACU in 2014. After graduation Zack joined fellow designer and ACU alumnus, Jose Canales, at Canales & Co. Since being there, Zack has been able to combine his love for drawing and design to develop brands such as YETI, Wild Acre Brewing Co., Independence Brewing Co., and CareerPlug.