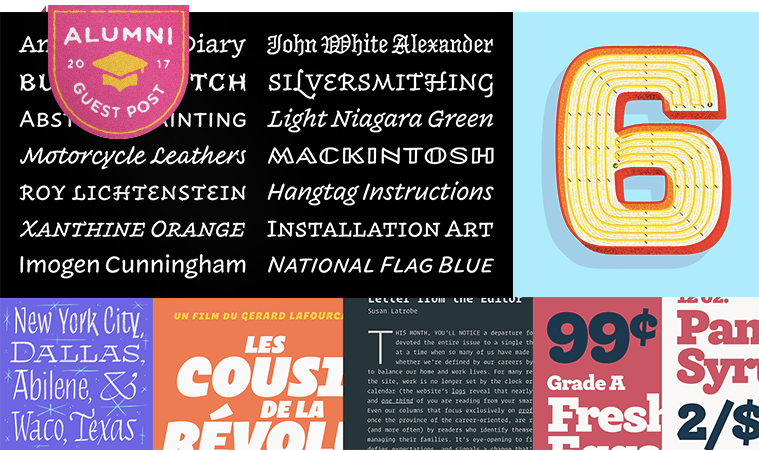 Commuting in New York City is always an experience. Occasionally, it goes smoothly: I put on my headphones, listen to a podcast or read an article while tons of crazy stuff happens around me, and then, voila! I’ve arrived at Broadway-Lafayette somehow. This near-perfect result is honestly quite rare, but when it works out, it’s beautiful. How did I actually get here? How is this place and this commute the new “normal”?

Over the course of the last six years, I’ve found that process – the series of actions or steps taken in order to achieve a particular end – is an incredibly difficult task to understand and master, much less enjoy. My personal process to NYC began sitting in an apartment in Abilene, Texas, not really sure of what was next. It was December 2012 and all of my belongings were packed. I was not looking forward to the long drive to Santa Fe, but my girlfriend (now wife hey-oh!) was supporting me, and I knew that the Land of Enchantment awaited… Although, is this actually the start of the story? Or did it begin when I left for Boston to work an internship at Reebok earlier that year? I reckon my transition could have actually begun the moment I left my hometown to attend college. But that is all besides the point.

Not unlike commuting, my journey from A to B simply continued aside from all the crazy stuff going on around me. After a year in Santa Fe working as a graphic designer on things that I didn’t feel a real passion for, I took a chance. To this day I don’t know what Gerry Leonidas (the department head of Reading University’s Masters in Typeface Design) saw in my application, but I was accepted. Once again I found myself sitting in an apartment, but now more so than any other time in my life not really sure of what was next. England is cool, but will the weather kill me? Nearly. Would my classmates be super weird? Nope! Suuuper normal and incredibly inspiring. Are there tacos in Reading? There better be! There weren’t. Honestly, my journey probably should’ve ended there.

Alas, I somehow managed and continued my studies. I switched to a diet consisting of primarily cheap sandwiches, tea, and Indian food. I wrote more than I ever had. I designed what at the time was my most important, and educational work. I traveled to Paris enough times that it lost its, umm… je nais se quoi. I spent my free time arguing with friends over the correct usage and form of diacritical marks in languages I could not speak. I somehow kept my girlfriend albeit being long distance for far too long. I lectured and wrote on subjects that were important to me. I learned more about the world than I thought possible. So naturally, in the end I moved back home.

While trying to relax at a pool in Waco, I got an email from future boss man, Jonathan Hoefler, asking if I’d like to grab lunch next week and talk about my dissertation (which I was struggling greatly with at the time). My opportunity to move to New York City had arrived. So once again I packed my things and attempted to prepare myself for what was ahead. After finishing my dissertation, I began a job I never thought I’d be able to even apply for. This is not to boast but to say how unpredictable life’s process can, and perhaps should, be.

The beginning of any journey may seem daunting and the end goal may seem distant or overwhelming, but where or when your journey begins is trivial. What matters most is in between – the nitty gritty. What happens in that experience, that’s where we learn, grow, and evolve. And personally, I think we crave this feeling even though it may be the most difficult part of any process. Getting our hands dirty, struggling, being somewhere new, learning to adapt – this is what life is all about. As our friends at House Industries so eloquently wrote, “the process is the inspiration”. So enjoy the process! It may be challenging and time-consuming, but it’s worth it. I for one am quite excited to see where you all go and what you do next.

Avoid the subway though if you can. I was being way too optimistic in that first paragraph. There’s like, pizza rats and giant bugs that have not been given proper names yet. Good luck!

Jordan Bell is a proud ACU alumni and is currently living in New York City. He has been a type designer for Hoefler & Co since 2014. After graduating from ACU, Jordan received a Master of Arts in Typeface Design at Reading University in England. He is the designer of a friendly typeface called, Odelay. Aside from his job in NYC, Jordan enjoys doing graphic and type design projects for people.