Looks like Alex, sophomore Management major from Little Rock, will have a great excuse when he misses class next week:

“Wildcat sophomore Alex Carpenter will become the first ACU student to play in a PGA Tour event when he tees off March 24 in the 33rd anniversary edition of Palmer’s tournament, presented by MasterCard, at Bay Hill Club and Lodge in Orlando, Fla.  Carpenter, who has won six collegiate tournaments since Fall 2010, is one of the NCAA’s top golfers the past two years.” –Ron Hadfield

Click here to read the full story on the ACU Today blog.

Alex’s twin brother and teammate, Adam, is also in COBA, majoring in Finance. We’re proud of both of these student-athletes and look forward to watching Alex at Bay Hill. 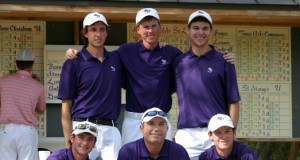