On April 23rd, fourteen COBA students were honored at a luncheon celebrating their induction into Beta Gamma Sigma, a business honors society. Dr. Monty Lynn, acting dean of COBA, described this honor, saying, “Given that the top 20% of the junior and senior class and the top 10% of graduate students in COBA may be considered for membership, induction into BGS recognizes exceptional academic accomplishments.” 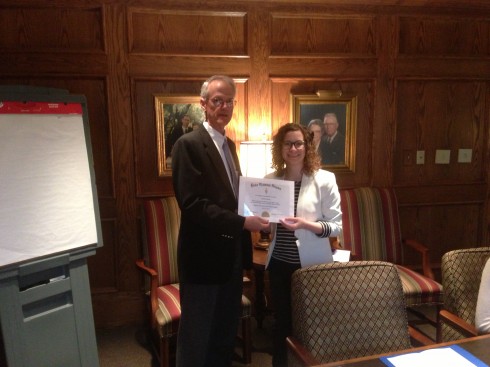 BGS is a significant honor because it takes into account the merit of both the students and the college of business.

“Only AACSB accredited schools of business are allowed to have a BGS chapter,” elaborates Dr. Lynn. “Internationally, BGS is recognized as the best academic performance in the best business schools. We’re glad that the diligence and talents of our students can be recognized by an international standard.”

Allie Rostron, one of the students who received this honor, was thankful for COBA’s acknowledgement.

“It was a great honor and I was very appreciative. It was nice to see my hard work pay off.” 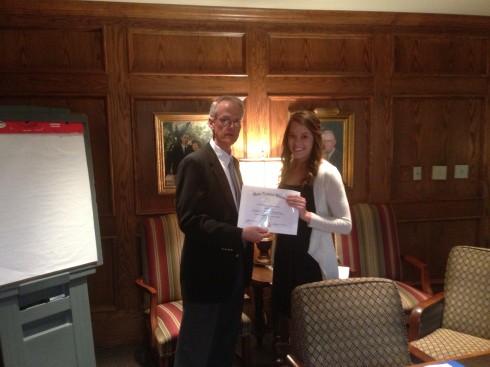 Dr. Don Pope could not contain his excitement as he presented Allie Rostron with her certificate of membership

Courtney Richardson, another award recipient, said that she feels her BGS membership is just one more example of the wide array of opportunities that COBA provides to its students.

“I was honored to hear that I had been selected for Beta Gamma Sigma,” Courtney said. “COBA has been a special place for me already in my time at ACU, and the ability to join this prestigious honor society only added to the numerous opportunities COBA has presented to me.”

This year’s inductees come from a variety of majors and include the following students:

You can learn more about Beta Gamma Sigma on their website: http://www.betagammasigma.org/. We’re incredibly proud of these students’ academic accomplishments and the incredible way that they represent COBA!