Studying Abroad with the Phillips 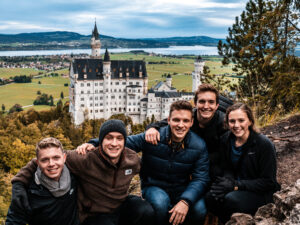 In the fall of 2019, Dr. Mark and Dr. Laura Phillips embarked on a semester long journey with a group of students on a study abroad trip to Leipzig, Germany. If you are interested in studying abroad, or simply hearing about the adventures that happen abroad, Dr. Laura Phillips has given us a beautiful recap of what it looks like to immerse yourself in a different culture for an extended period of time. Thank you to Riley Simpson, junior management major from Dripping Springs, TX, who studied in Germany with the Phillips for the amazing photos in this blog post.

“The students all took 6 hours of German through a local language school that was about a 30-minute walk or a 20 minute tram ride from the villa. We had class in three hour blocks and class met either two or three times per week. The classes were taught by native German speakers, which was great. (I took the German classes with the students.) All the students also took the Global Studies class which covers German history and culture. Mark taught that class and the in-class materials were supplemented with guest speakers and field trips within Leipzig as well as trips to Berlin, Wittenburg (important in the story of Martin Luthur and the reformation), and Weimar (where we visited Buchenwald, a Nazi concentration camp).”

There were also several business classes offered, including: Principles of Marketing, International Business, and Life Design, a class taught by both Mark and Laura as an honors colloquium and one hour business course. Students were allowed to take any online classes they wanted to add to their schedule. Most classes were taught at the villa in Leipzig, but they would also occasionally meet for field trips. These included: Spin Lab, a startup business accelerator, Blüthner Pianos, and the BMW factory 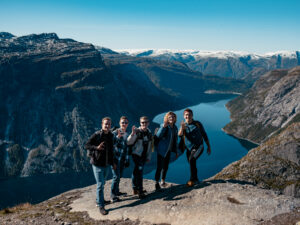 I asked Mark and Laura to recap their semester abroad and this was Laura’s response:

”How do you recap an entire semester abroad? A few things I can share that may give you a flavor of the trip/experience. 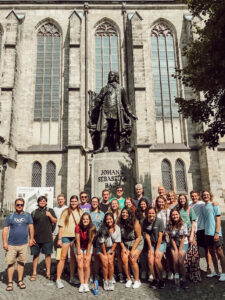 In their time abroad, the Phillips made sure to build time in to go on interesting excursions to different countries and experience different culture, one of these being Greece. “Greece was amazing. It came at a great time in the semester. We had just finished our first “semester” of German and the weather was getting cooler in Germany. It was awesome to take a break from classes and spend 10 amazing warm, sunny days in Greece! We saw super cool archaeological sites like the Acropolis, ancient Corinth, the ancient Olympic stadium in Olympia, the oracle of Delphi, etc. We had very knowledgeable tour guides that helped make each of these sites interesting and meaningful. We had a free day in each destination so we were able to explore the towns, hike, go to the beach, rent a boat, and so on.”

“Whatever we did d 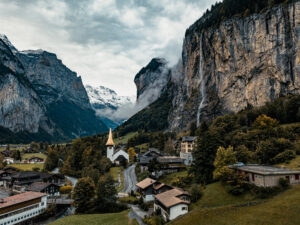 uring the day, whether it was together or on our own, we regrouped for a meal together each evening. It was a good time to reconnect and share stories from the day.” Next, they adventured to Prague and integrated what they had learned to what they were seeing. “We took a four day group trip to Prague late in the semester. For this trip the students served as tour guides for the different sites we visited. They prepared their research and then delivered their information to the rest of the group as we took a walking tour around the city. At one site a couple of women from Italy were sitting on a bench nearby. As our student went through her spiel, they held up numbers on their phones, rating her presentation. It was fun to interact with other people who were seeing the same cool sites that we were. In Prague we had our family meal at a Mexican restaurant! It was fun to have some “familiar” food in a far away place!” 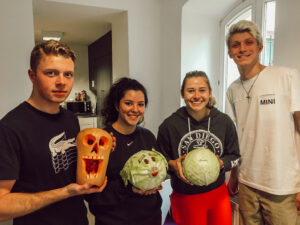 As with anything, there are always cool, funny, interesting, and strange stories to tell. Halloween was no exception to for the bunch. “We planned to have a pumpkin carving activity on October 30th so that afternoon we headed to the store as a very large group to pick out pumpkins. Lindsay said there were plenty in a big box outside the store but when we arrived, there were no pumpkins. We went to two other stores (as a very large group) but no luck. We ended up having to go back to the first store and the students picked out various things, such as small cooking pumpkins, butternut squash, and in one case two cabbages! Needless to say the carvings were interesting and unique and the students did an awesome job of improvising. Halloween isn’t as big of a deal in Germany but the students wanted to trick or treat at the villa. To make this feasible, students could volunteer to be a ‘host’ or they could choose to trick-or-treat or do both or nothing. Everyone who wanted to trick-or-treat had to dress up and then the hosts spread out around the villa. Since just visiting five or six rooms and getting candy would take about 10 minutes, it became a trick-and-treat activity. There was an activity at each ‘house.’ Some of the activities included solving riddles, playing MarioKart, playing pictionary, writing and then reading a Halloween poem, and doing a TikTok. Two of the students dressed up as us!”

And it is no surprise that a few travel issues were involved: 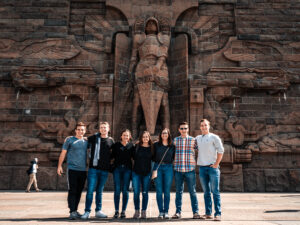 To end their time in Germany, there was a closing ceremony in which many of the students demonstrated their musical talents. “One of the students spoke and then at the end, four of them went up for the closing number and unexpectedly busted out with a very energetic version of ‘I Will Survive’. It caught us all off-guard but was hilarious and so awesome! The students could give you many more funny moments.”

Phillips ended with, ”It was a great semester of exploration, bonding with the group, game nights, devos, group meals, getting lost, being confused…”

-Laura Phillips + a ditto from Mark