(Maddy Crockett, sophomore accounting major from Lubbock, Texas shares her experience of living in Oxford, England with ACU’s Study Abroad program this spring and what it was like when they were forced to return home due to the Coronavirus.)

Heartbroken – the moment we’d been dreading had come. We looked around at each other as they announced over the loud speaker on the bus that the Oxford program was forced to shut down. We were going home two months earlier than expected. President Trump had addressed the nation the night before, raising the travel restriction levels all throughout Europe, except for the UK. The other students in Leipzig were out of Germany when the news came, and they left immediately – without their belongings and without saying goodbye. The prospect of the Coronavirus interfering with our semester had been a topic of debate between the students for several weeks, but we were optimistic until the end. After that day, though, we began the dreaded process of saying goodbye.

Before I studied abroad, I might not have taken seriously how deeply one connects to the place they live. “Yes, they have to come home. So what? They just spent the last two months travelling and spending money. Surely it couldn’t have made that big of an impact, right?” And sadly, I make these assumptions for many activities I have no experience in. Yet, the past two months, while seemingly short, truly were life changing, and my heart ached at the prospect of leaving early and departing from that environment.

I really had no plans to study abroad. A friend convinced me to sign up freshman year, and thinking it would be a good way to push myself, I said yes and submitted my application. Yet, as the drop date steadily approached, I went back and forth, struggling over if it was something I truly wanted to commit to. Did I want to be gone for a whole semester? Would I regret the activities and people I’m missing on campus? What if I got over there and hated it? Was it even worth it? After almost backing out – twice, I might add – I decided to go through with it, and that was that. Fall semester flew by and Christmas break arrived, which led to packing, planning, and saying goodbye to friends and family in Texas. 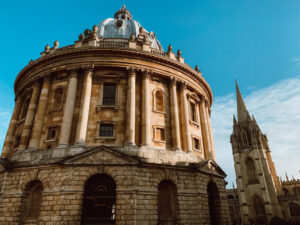 The day we left for Oxford – a Wednesday morning after spring semester had started – we were teary-eyed and unsure what the next four months held. I had two close friends going abroad with me and others who I hoped to know better, but I was leaving many dear friends at ACU. ‘Why on earth am I leaving when I have so many good things right here?’ I thought as we all hugged each other goodbye. Then, we were whisked away on the bus, took several long flights, and arrived exhausted and unsure the next day in the city of Oxford. It was cloudy, cold, and completely foreign.

The next few days held room assignments, walking tours, scavenger hunts, and exploration as we settled into our new environment. The cloudiness and cold slowly shifted to cozy and ideal; the foreign turned into curiosity and adventure. We found bakeries with beautifully decorated cakes, coffee shops with upstairs seating and rickety wooden floors, the grocery store to load up on a few days’ worth of groceries (and no more than that — it’s a mile walk home, and you carry what you buy). We began our classes in a little establishment off of Woodstock Road – The Quaker Meeting House – and got plugged into a church that many study abroad alums told us about, St. Aldates. We went running through the abundant parks and meadows Oxford holds, and we grew accustomed to walking at least a mile to get places. The days faded into weeks, and without even realizing it, I had forgotten to be nervous or to miss home. This adventure had captured my attention, and each new day brought eagerness and excitement – a rhythm was found.

While a foreign country itself is an incredible journey, it wouldn’t have been half of what it was without the people I experienced it with. Oxford holds the largest ACU group, with thirty-five students, two professors, and an on-site director, but it never hindered us from learning to know one another. These were people we saw day in, day out, from breakfast to class, to the common rooms and everywhere in between. We were all on the same schedule, all in a new place, and all wanting to make the most of our time here – which is the perfect environment for connection. Not only did I grow closer to the friends I already had, but our community grew abundantly as we created one-of-a-kind shared experiences with each other. Class devotionals on Monday nights, breakfast for dinner with a smaller group, college night at church (and going for ice cream once it ended), and eventually, travelling to different countries in our free weekends. An environment affect change so much in a person, but the people there with you make all of the difference. 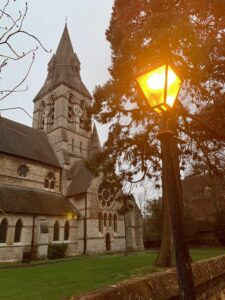 It would be impossible to convey everything I learned or experienced in Oxford, but there are a few that stick out to me. Something I have noticed since being at home is that study abroad gives students the opportunity to step back from their commitments, their activities, the people they spend time with, and really see who they are outside of that. It can help you think about what’s important to you back home, and what you want the rest of your college career to look like. For me, these past two months helped me grow in proactivity and confidence. Whether it be volunteering to plan out all the details of our next trip, using Apple maps to navigate us through the streets of a city, or choosing excitement instead of intimidation when countless opportunities present themselves, the experiences I had helped make me a little more well-rounded (I hope, at least!).

The Coronavirus had been a topic of discussion, first jokingly back in February, then more seriously as other universities began to pull their programs. To us, it was something in China, then in Italy — but not Oxford, not where we were. The week before we left, our class was scheduled for a trip to Northern Spain. We were elated because we would all be together to explore that new

place. As we packed and prepared to leave for it, we heard about more and more programs that were being called back home and that the numbers of the sick in Italy were growing exponentially. There was debate if we would be pulled, too, but the ACU Study Abroad office continually communicated with us that our program would continue as planned, as long as our area was safe and that the US deemed it so. Looking back, our time all together in Spain was one of the high points of our semester, and we could not have ended on a better note.

When we learned that we were going home early, we were blessed to have two whole days left to say goodbye to our temporary home. Souvenirs were bought, scones and pastries were consumed in unhealthy quantities, we had one last breakfast for dinner, and we ran through the parks and meadows that were slowly greeting spring. The last day held flurried packing, tearful conversations, and a bus ride to the airport that came all too soon. I thought back to that first bus ride, where I questioned why on earth I was wanting to do this. Now, I never wanted to leave. Life can be funny that way. 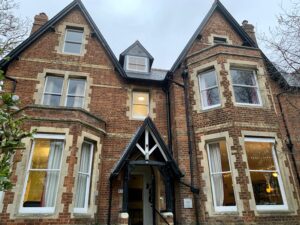 As I sit here at home, saddened by what these next two months could have held in Oxford, but even more so by the devastation and chaos that the Coronavirus has brought upon everyone, I am still grateful. Friends and family reaching out to see how we are holding up, class Zoom calls that feel a little more like reunions, a virtual breakfast for dinner, and time to sit and dwell on what the Lord has done in us since we left the US back in January. Study Abroad gave me the dearest friends, an abundant atmosphere and culture, and instilled a drive in me to go after and get done ideas that I have. I am so incredibly grateful for this opportunity, in the midst of its interruption, and I am curious to see what the rest of this year will look like. Still, I am eager for the day when I can return again to visit this temporary home.