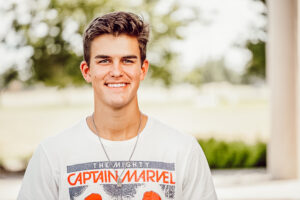 Graham Cepica (’21) is a marketing major from Lubbock, TX. Graham recently began an internship with New York real estate developer, Horacio LeDon, where he has been able to receive real-world experience that he can translate to the classroom and his professional career development. When it comes to internships and job searches, networking often plays a vital role in finding the opportunities that will provide the most valuable experience. Initiative, interest, and passion also play a large role in obtaining such opportunities. Graham is a wonderful example of how networking brought him to a once in a lifetime internship opening.

“Last semester, I had the chance to attend the Abilene Young Professionals Summit. In one of the breakout sessions, a local entrepreneur and real estate developer named Tim Smith was speaking. After the panel, I introduced myself to him and got his information. It wasn’t long before I was spending my days downtown shadowing Tim, meeting people, and learning about the exciting developments in store for Abilene. Towards the end of the semester, I approached Tim about a possible internship for the coming spring. Even though he could use a hand with his projects in south downtown, he suggested a better alternative. Tim introduced me to a man by the name of Horacio LeDon, a prominent real estate developer from New York that was a fellow investor in the purchase of the Windsor Hotel. Horacio was the lead developer for the renovation and revitalization of the historic building and was willing to take me on as his intern. Tim recognized that this project would be a once-in-a-lifetime opportunity for me, and the experience has been nothing short of exactly that.”

“I would go to my internship every weekday after I got out of class. A typical day looks like me meeting Horacio after lunch and updating him on any upcoming meetings that I have set up for us with different vendors and partners. For example, Abilene companies that sell flags that we want to extend from the balcony, potential businesses that we are interested in for the retail spaces connected to the lobby, interviews with local CPA’s to serve as part-time CFO’s, interior designers that can come alongside us in the project, architects, lighting designers, security services, etc. In addition to meetings, I organize floorplans, inspiration, official documents, and agendas into their corresponding files. Horacio and I have various shared photo albums with inspiration for the Windsor, as well as shared Notes with to-do lists. Sometimes, Horacio has his own meetings that I get to shadow. I have gotten to meet the city manager, chairman of the city council, and others by way of Horacio’s network. Horacio is always mindful of providing me with valuable experience and learning opportunities. The relationship I have with Horacio has been my favorite part of the internship. Due to a mutual respect for one another, we have developed an efficient working environment allowing me to serve the team and be part of a special development for downtown Abilene.” 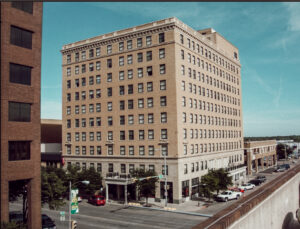 This project has fueled a desire in Graham to further explore careers in real estate and real estate development. “I am intrigued by the creativity that real estate development presents. The ability to see something with potential and add value to it is something that I have a passion for. I would love to bring this passion into my career – whether I am adding value to a building, a project, or a team of people. But right now, my next best step is to ‘add value’ to this internship with the service I provide.”

The College of Business Administration seeks to provide all students with internship and job search help, professional development coaching, as well as helping students expand their professional network. Graham Cepica is definitely a testament to the power of networking, saying, “The networking opportunities at ACU had a domino effect that led me from one person to the next.”