Born 30 September 1896, Foy Esco Wallace, Jr. began preaching at age fifteen.  Taken at that time, this photograph captures the appearance of the ‘boy preacher’…even the knee-breeches.  This postcard sized image (also known as a real-photo postcard) was donated to Center for Restoration Studies by ACU faculty member Tom Milholland. Look closely on the reverse to see where ‘little’ was erased. No doubt ‘little’ helped distinguish him from his father, also an evangelist.  He commenced preaching in 1911 and soon ‘Little Foy’ gained a name for himself as powerful speaker. In time Wallace became one of the most well-known editors, evangelists, debaters and writers among Churches of Christ in the 20th century. 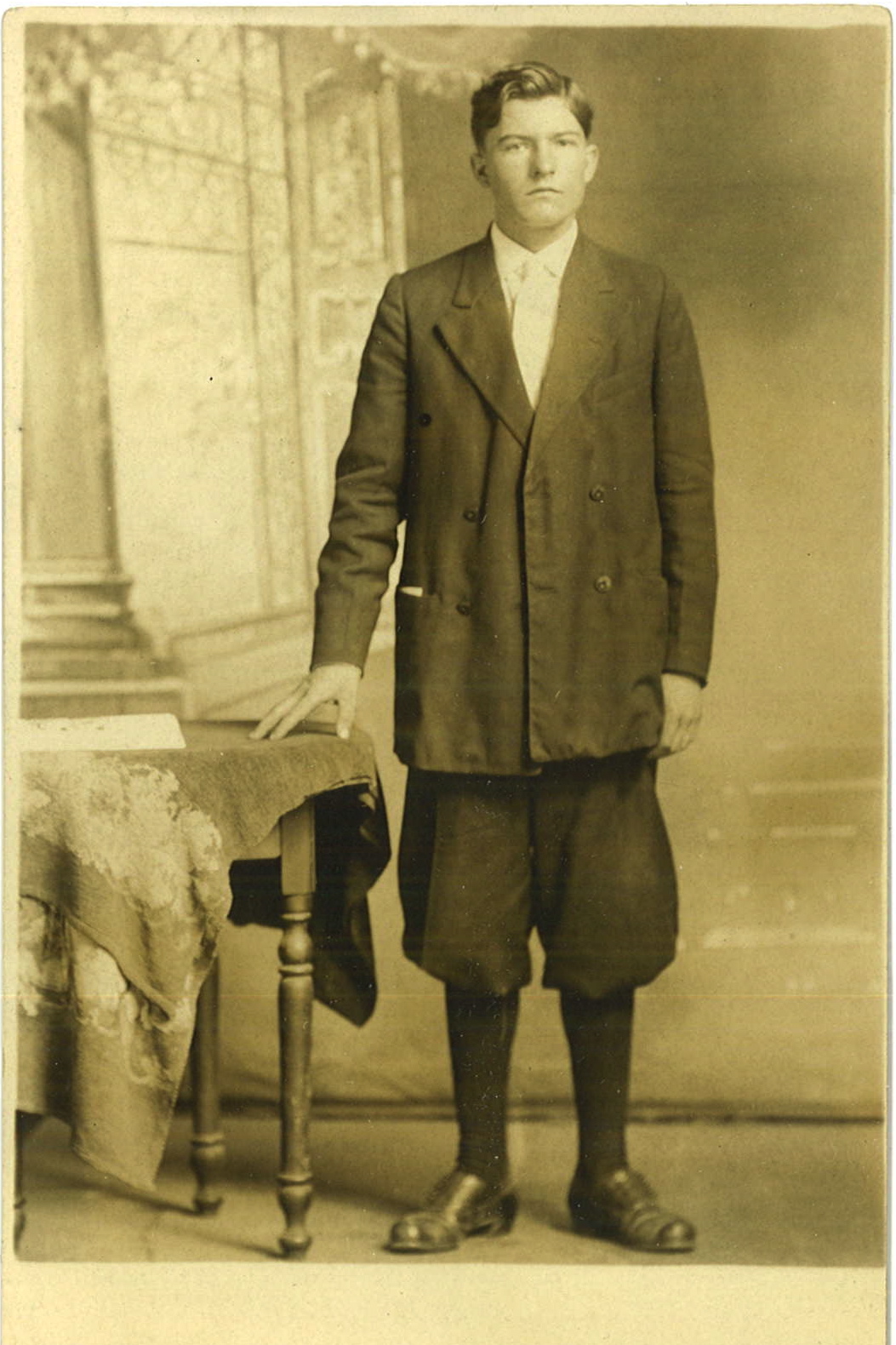 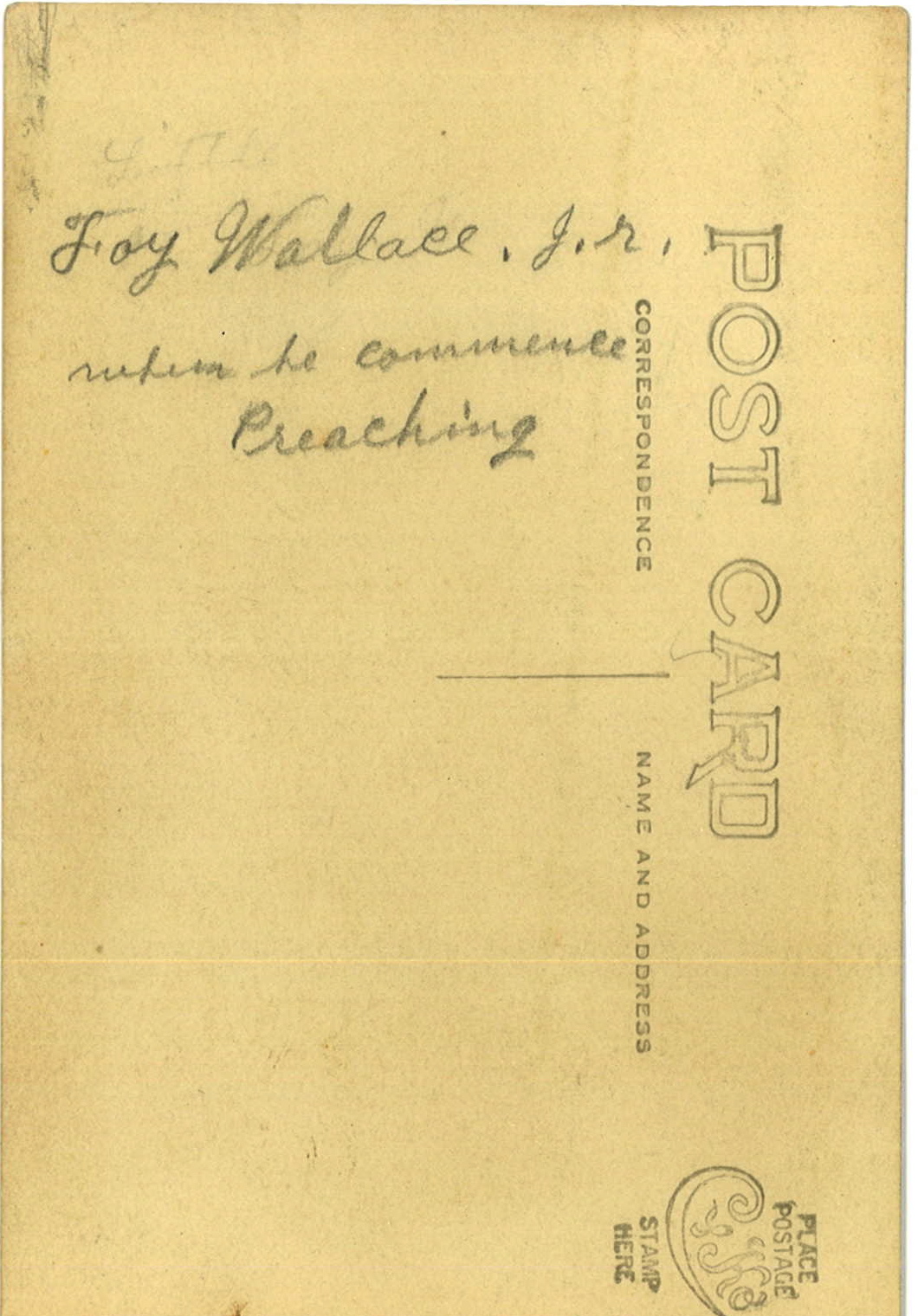 For photographs of Wallace’s debate with J. Frank Norris, see this blog post from 17 April 2013.