Abilene Christian University and its Center for Restoration Studies will host Restoration Day 2020 on September 7 to mark the anniversary of Thomas Campbell’s Declaration and Address and highlight the Stone-Campbell Restoration Movement’s historic emphasis on unity in the Body of Christ.

This year’s Restoration Day activities will be held virtually and will center upon one of the most important figures in the movement’s history, Alexander Campbell. Dr. Douglas A. Foster, professor emeritus of church history at ACU and one of the foremost scholars of the Restoration Movement, recently completed the first ever critical biography of Alexander Campbell entitled A Life of Alexander Campbell. Dr. Foster will share his wisdom via a recorded lecture on the topic of Campbell’s life and ministry, and as an added bonus, Dr. Foster will speak from behind Thomas Campbell’s pulpit from Ireland, currently housed at ACU’s Center for Restoration Studies.

In August our colleagues in Technical Services and Cataloging added 185 items to the Center for Restoration Studies, University Archives, and Rare Books collections.  Among them are books, periodical issues (both bound volumes and many, many boxes of unbound issues), and a few A/V items in various formats, plus a few hymnals.  A few of the additions this months to ‘unbound periodicals’ are publications by a single congregation, yet these bulletins were intended for wider distribution than the local congregation and contained teaching content rather than strictly news information.  I neglected to mention in earlier monthly installments that these unbound, single issue periodicals have been a special focus of cooperation between Special Collections and Technical Services for quite some time now.  A couple of years ago we began in earnest to get these issues sorted, collated, and cataloged so that researchers can know we have them, and so we can know where the gaps are in order to build out a fine, complete collection.  Shan Martinez, Director of Technical Services, has cataloged over 700 boxes of materials already, and is moving ahead rapidly with the remainder.  Her work builds on the sorting and collating work of student workers Avery Reinoehl, Brianna Mullins, and Chava Green.  Many items added in during the summer of 2020 (and now continuing into the fall) are not only new to us, the work performed on them reflects original cataloging, which is a tremendous contribution to knowledge about information resources from and about the Stone-Campbell Movement. 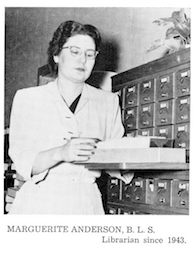 Our goal is to build a comprehensive research-level collection of print materials by, for, and about the Stone-Campbell Restoration Movement.  But beyond assembly and preservation, a collection should be discoverable by those who need the information.  Collecting and preserving is only part of our task; those objects must be described and made available.  Thanks to the close and careful work of our colleagues upstairs, who describe our holdings, these materials are now discoverable. By discoverable I mean a patron can utilize our online catalog (such as by searching by author, or title, or subject) to find these materials. 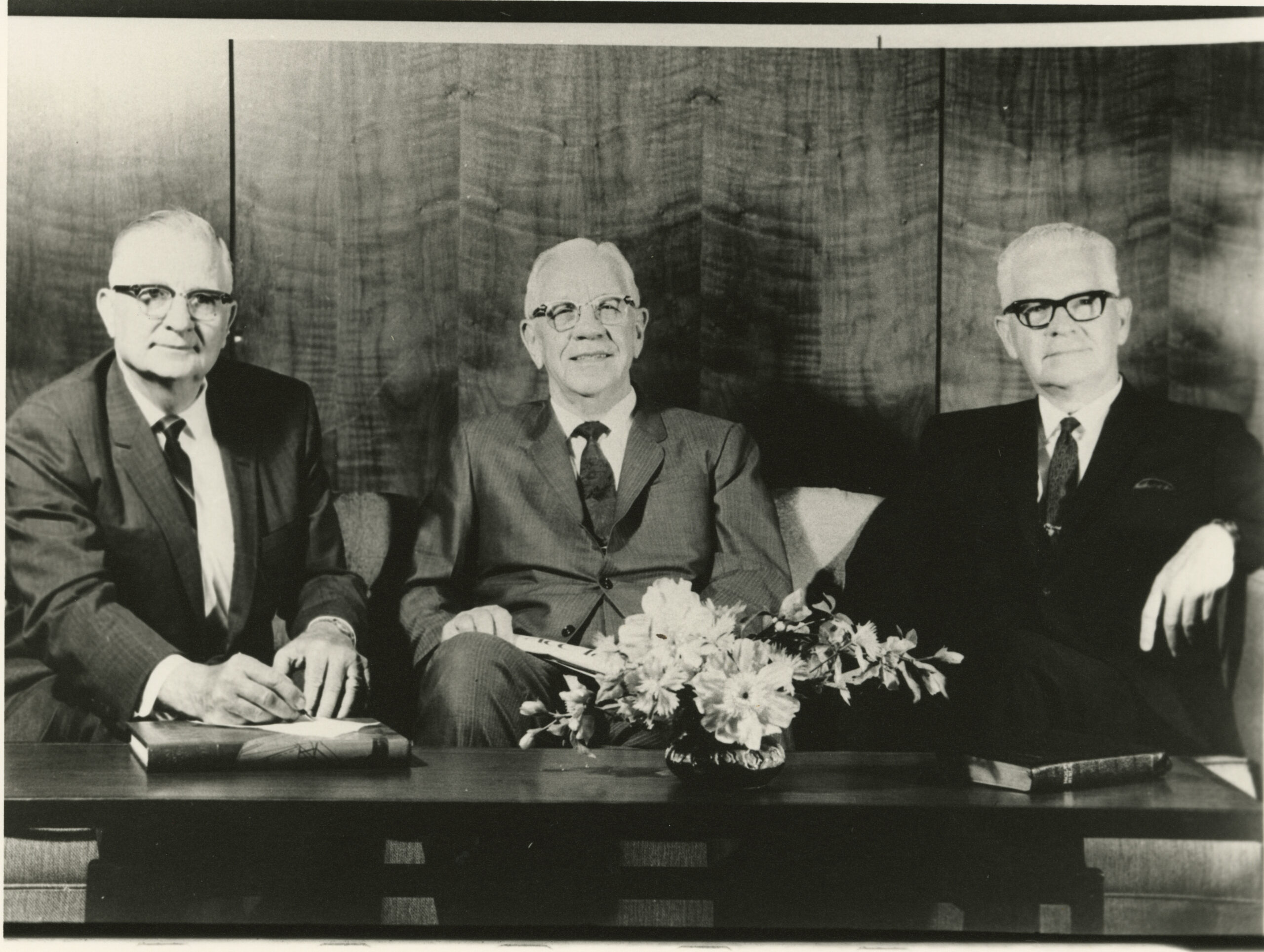 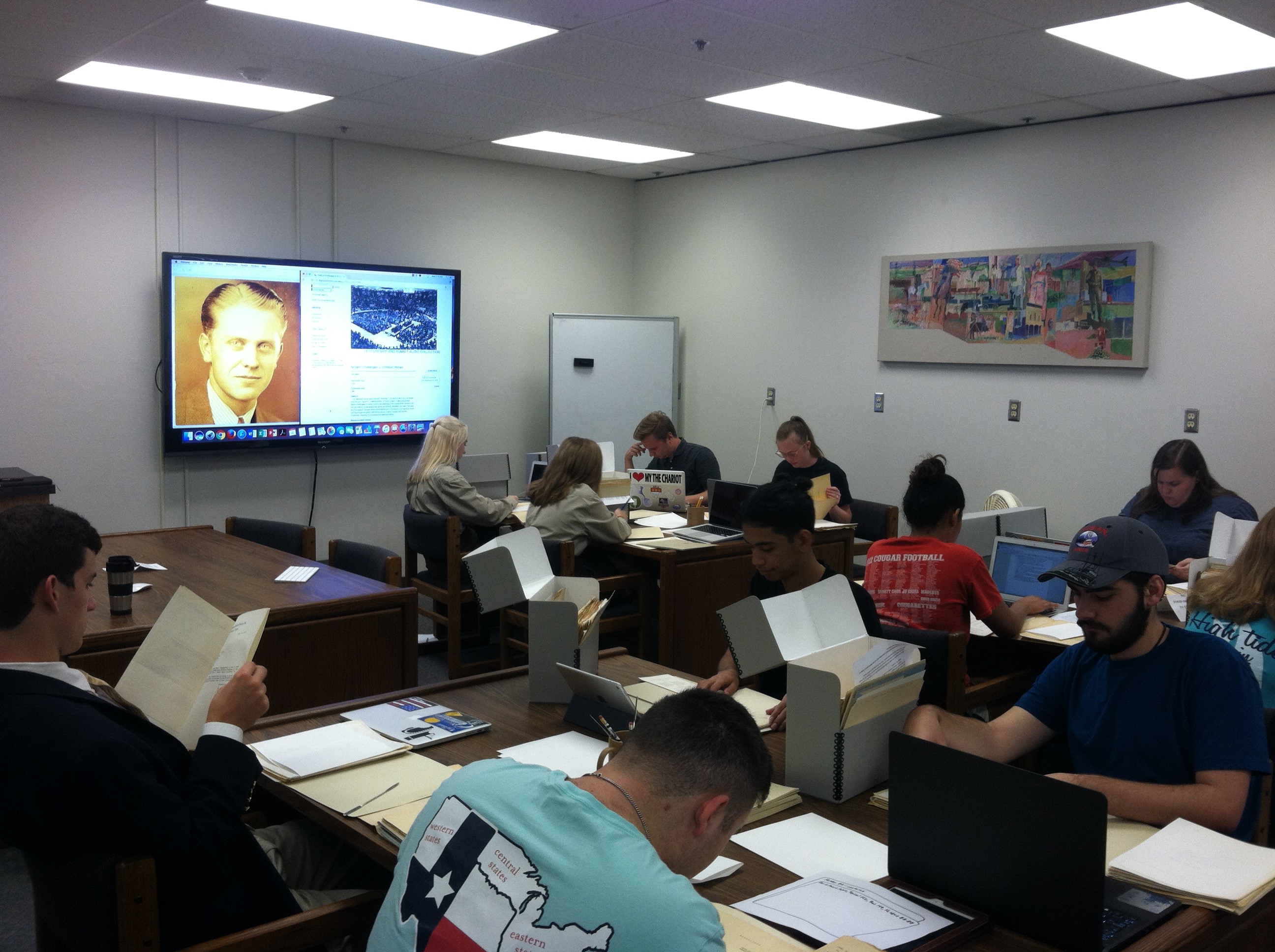 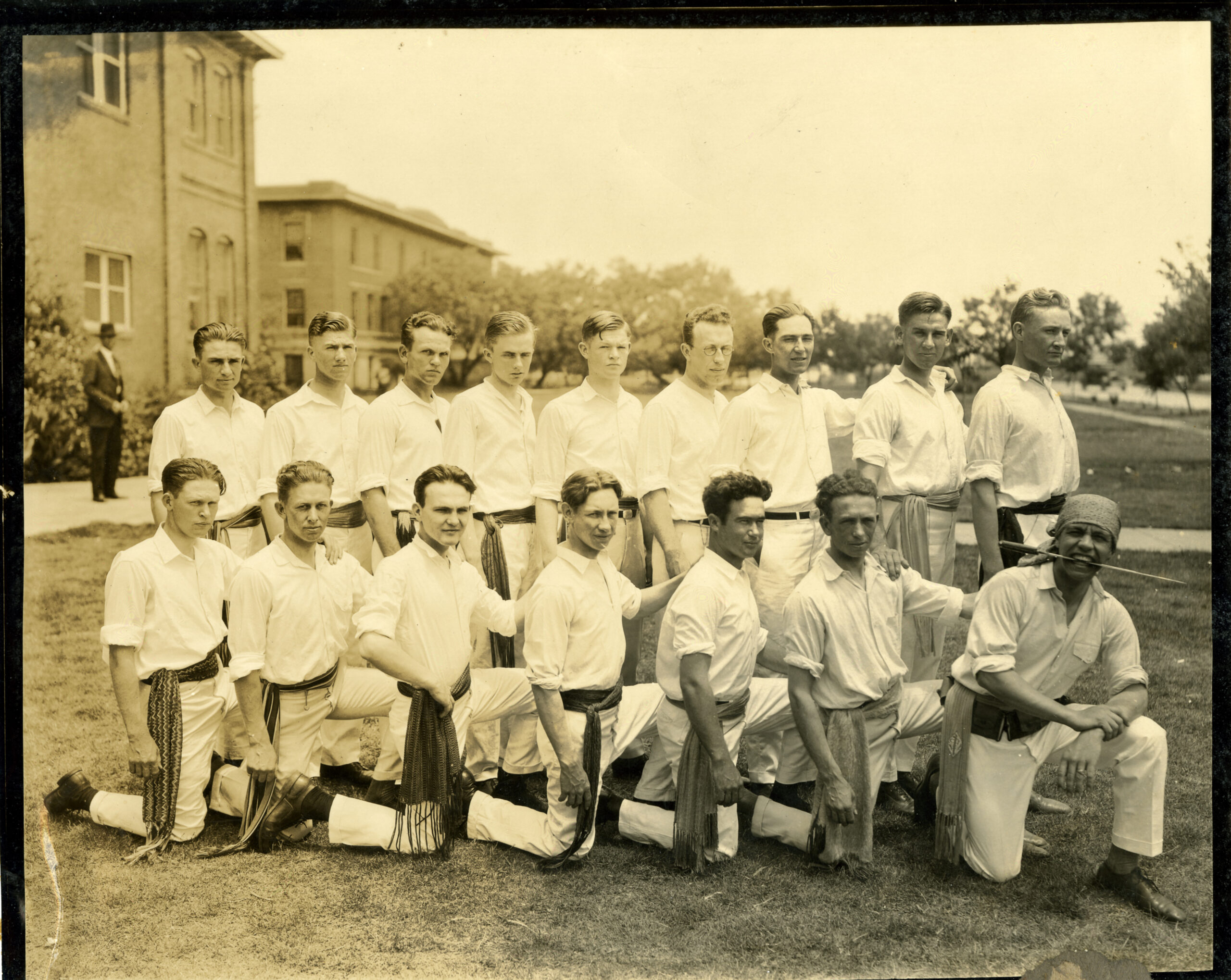 With news coming this week of Dr. Tom Olbricht’s death, we know many are remembering him, and reflecting on his impact.  If you took courses from him at ACU, or taught with him, read his articles or books, heard him preach, or otherwise felt the impact of his work, please comment with a memory or a story or a reflection.

Perhaps these images from the Prickly Pear will jog your memory. 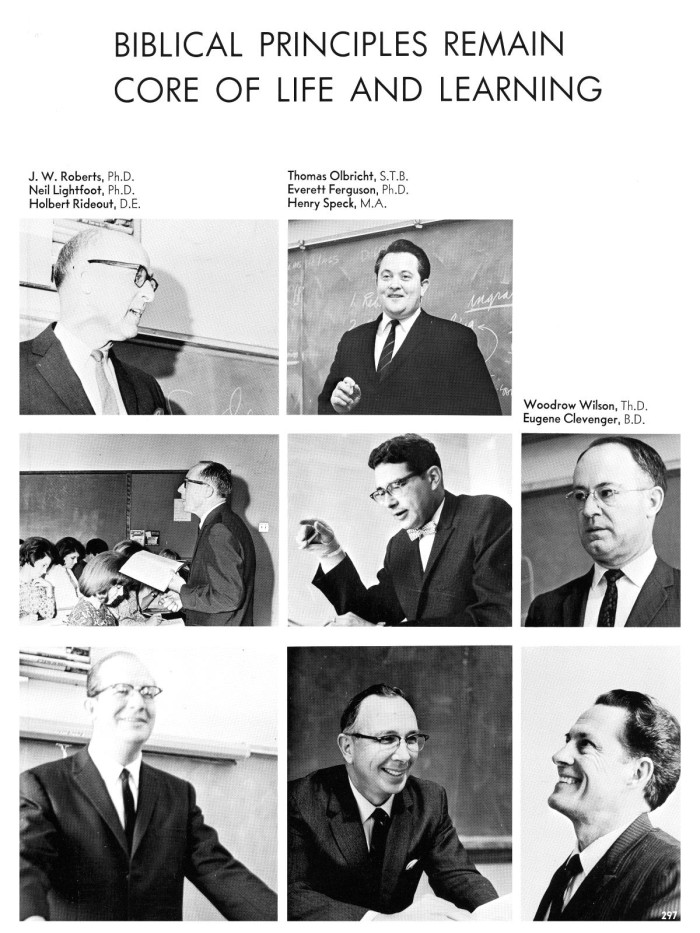 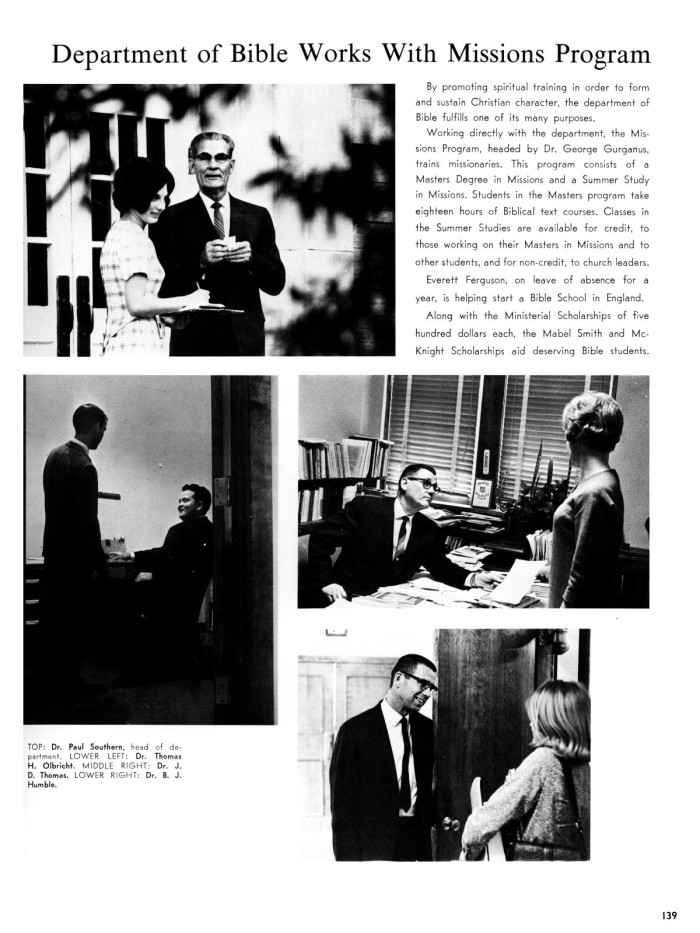 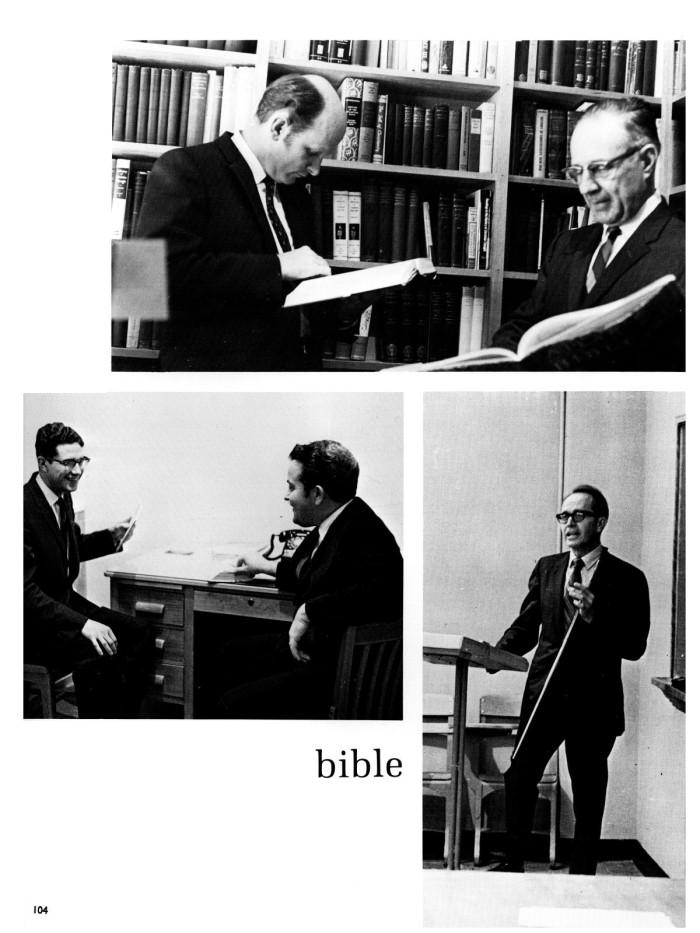 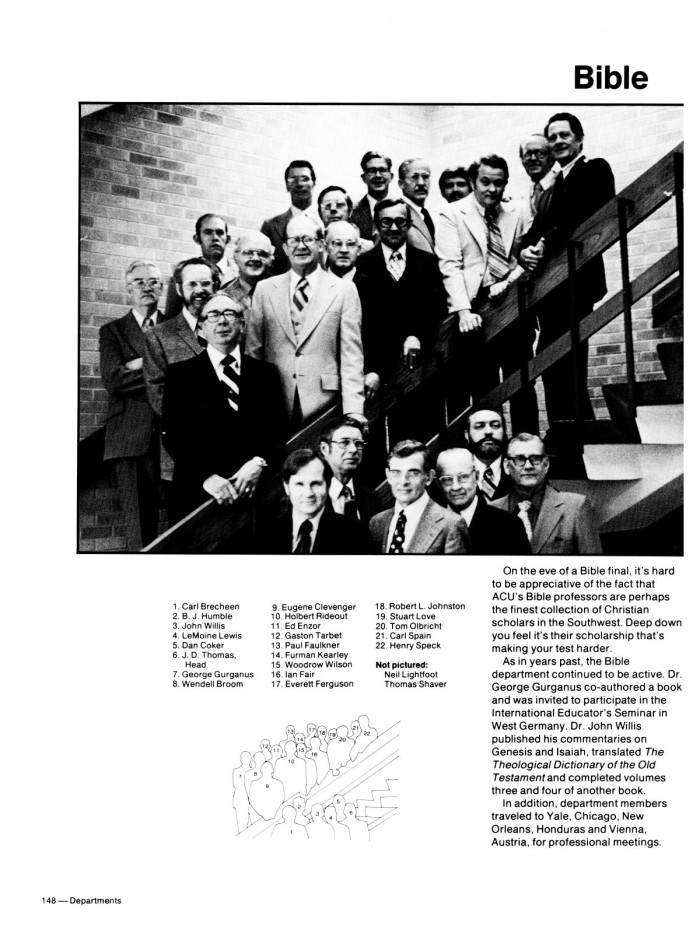 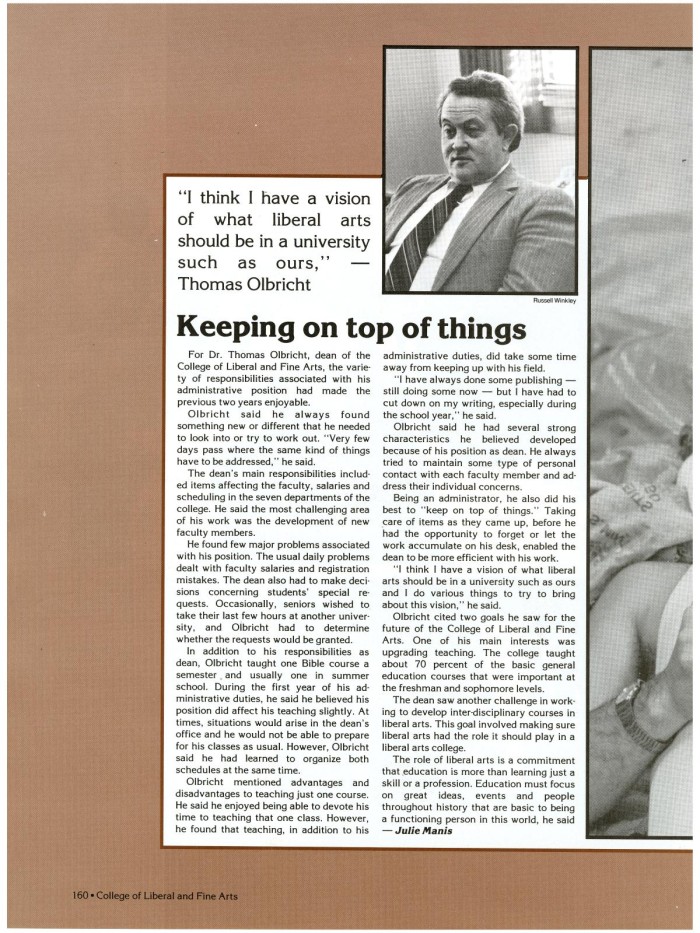