Long recognized as the cornerstone document for the work of Alexander Campbell and the Restoration Movement, Thomas Campbell’s Declaration and Address in its first printing is one of the rarest such literary productions in all of American Christianity.  Though the movement it spawned is now a global Christian force, the booklet itself was birthed in sectarian strife, published in a small press run, derided by many of its first readers, and was largely unavailable to any readers for fifty years hence.  In time it became one of the most widely heralded documents of the Restoration Movement.

In it Thomas Campbell argued extensively and passionately for a close reading of the Bible, especially the New Testament, and upon that basis urged all Christians to unite in imitation of the earliest church.  The unity which would become manifest when extrabiblical doctrines were cast aside, Campbell argued, would facilitate missionary activity, many good works, and a reformation of life and character among Christians.  It was, and is, an earnest appeal to Christians everywhere to examine their faith, practice, and life against the standard of the New Testament, to enjoy the community of faith, and to teach and evangelize.

Exhibited here is an exceptionally scarce first printing from 1809 along with specimens from the literature of the Restoration Movement about this foundational document. 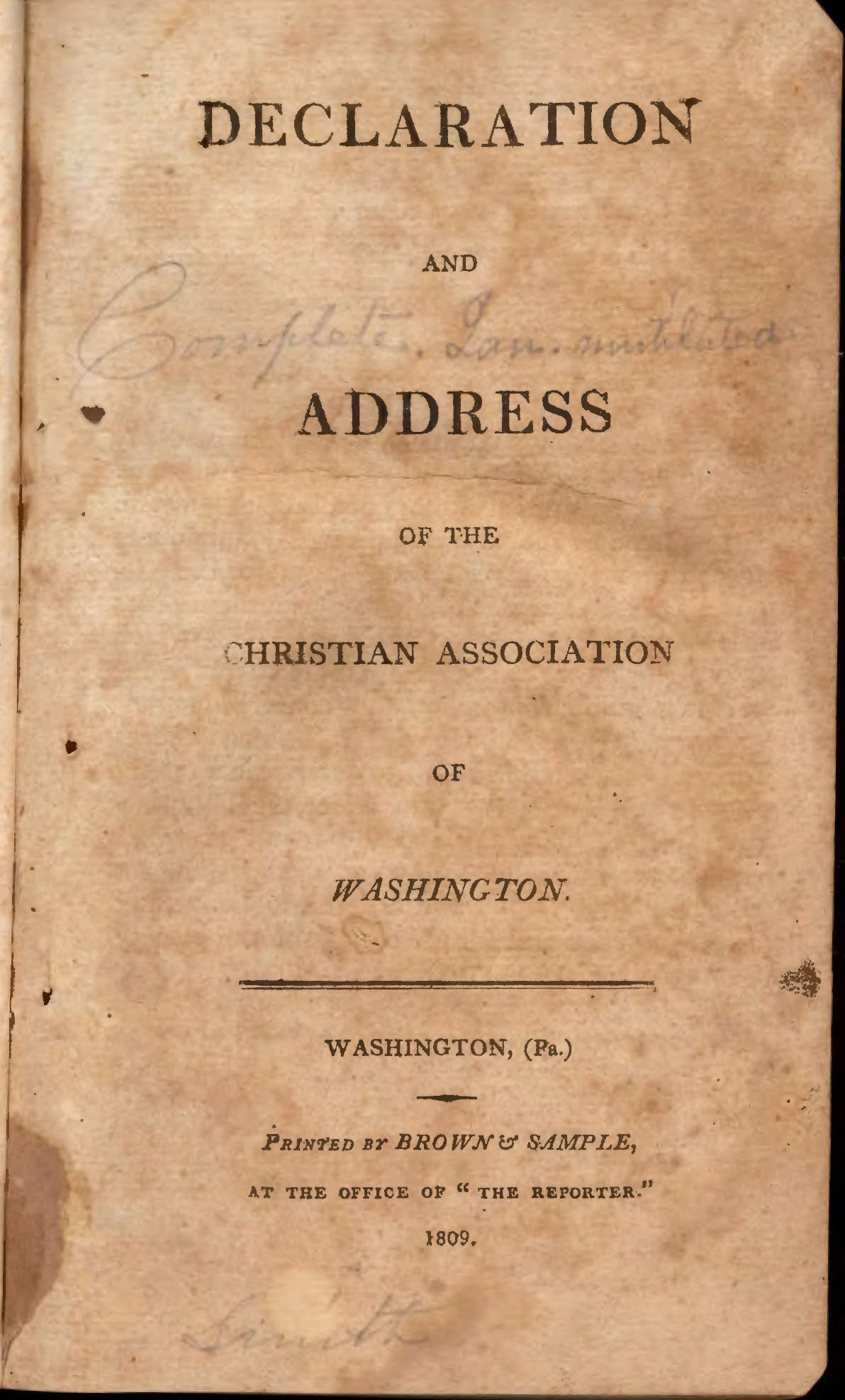