Let us introduce you to Dr. Brent Reeves,  Associate Professor of Management Science and Computer Science, in our first COBA spotlight. 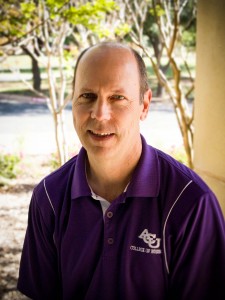 What is your educational background?

I started as a double major in Bible and Accounting at ACU. I took Intermediate and Auditing before realizing I didn’t really like accounting. About that time, Dr. Charles Small joined ACU after finishing his Ph.D. at A&M. He said, “Switch majors – it’ll be great.” So, my junior year, 2 weeks into the semester, I dropped 18 hours and added 18 hours. Super stressful time. The schedule change made me reconsider the Bible major so I asked Dr. John T. Willis about the difference between an undergrad Bible degree and a graduate Bible degree. He answered, “When you finish the undergrad degree, you’ll be ready for the questions.” So he had me. My dad offered to pay tuition if I stayed at ACU, so I was fortunate to be able to study under Willis, Olbricht, Fair, Ferguson, etc. Those guys were great.

What is your work background?

My first programming job was part time at Dunigan Tool and Supply in Abilene. They had 10 oil field stores in 3 states. It was a fantastic opportunity. My boss, Dick Loveless, sent me on my first assignment with the admonition, “Don’t use any computer words. You’ll be talking to a guy who has done accounting for 25 years. He knows his stuff. He doesn’t know computers. Your job is to learn his stuff and translate it into a system.”

Next came ARCO Oil & Gas in Dallas for 4 years. We had 4 of IBM’s largest mainframes and a Cray-II supercomputer with 300 people in systems and programming. And… we made terrible systems. Every year, they got bigger and more expensive and…not any better. One day I caught an accountant saying, “All I wanted it to do was…” That got me thinking about User Interfaces – what would it mean to have a User Interface that let you do exactly what you wanted to do? And Knowledge-Based Systems – what would it mean if the system knew, understood what you wanted to do? Those two questions led me back to graduate school to study Artificial Intelligence and User Interface Design. In a random coincidence, I resigned the day the Challenger shuttle exploded.

After finishing graduate school in Computer Science in1993, teaching spots at the big “R” schools were, interestingly, not all that attractive. Two consulting opportunities arose – one with Software Research Associates, a company headquartered in Tokyo, and the other with ObjecTime, a Nortel-spinoff out of Ottawa. I got to work for ATT, Lucent, Motorola, and Ericsson and work in half a dozen countries. Challenging, but great.

What drew you to teaching and working with students?

The main draw was for the family lifestyle. You immerse your children in education – what it means to ask hard questions – what it means to work with people who study all kinds of different things they are passionate about. Enabling students who work hard to reach that “Aha” moment is great.

What is the best part of working with students?

Although the brilliant students are a delight, the best part is the students who just work hard. It is satisfying to see a student reach that point where it finally clicks.

Outside of teaching, what passions and hobbies do you have? 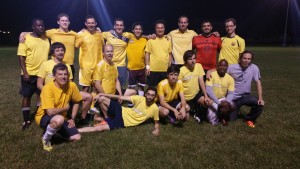 Do you have a good story from your early career in teaching?

The first day in Management Information Systems (45 students), as I was going through the syllabus, a student came in late and sat on the front row, pretty disruptively. Two minutes later a phone rings and he reaches into his backpack, looks at it, and answers it. “Hello? Yeah. Nah – some class. Whatever. Tonight? Sure.” By that time, I had just stopped talking. By now the whole class is listening in to this conversation. It just so happened that I had brought my grandfather’s hammer to class for an illustration about technology “tools”. So I walked over to the student and said, “Are you done?” “Yeah, why?” “May I please see your phone?” “Uhmmmmm, ok.” I took his phone, placed it on the floor, picked up the hammer and smashed the phone. Surprisingly, it didn’t just explode into bits, so I hit it again. Then I picked up the pieces, handed them to the student and said, “I’m sorry, son, but this class isn’t going to work out for you. You are excused.” He stammered around a bit and left.

The room was silent. Blank stares all around. Cell-phone policy explanation complete.

Who is your role model and why?

Mom. Growing up in a time when the public voices we heard were mostly male, she found a way to be constructive. Tireless worker, always teaching, volunteering, organizing.

Dad. Church of Christ preacher who decided to do missionary work in a foreign country. He was extremely well-read. Preached for German-and English-speaking congregations every Sunday for 12 years in Wiesbaden.

Dr. John T. Willis. In a graduate class “Advanced Introduction to the Old Testament”, each student gave a presentation on the book they had been assigned. When the Isaiah student started with the same-old same-old, Dr. Willis kindly interrupted, “I see your references don’t include Blinkendorfer. When you’ve had a chance to do a little bit more research, have another go at it.” Boom. I learned there are real issues in the biblical text and we must deal with them. Before you quote scripture, do your homework.

Who was your most inspirational professor and why?

Graduate: John T. Willis. He modeled how to treat scripture with respect, to do your homework – not just quote a 2,000 year old saying because you like its current translation.

If you could have a superpower, what would it be and why?

If you rule out the “clearly ridiculous” powers, I choose… Magneto. Shaping metal would be awesome. Well, either Magneto or the power to type faster. Either one.

What is something that students might be surprised to find out about you?

What would you really want students and alums to know about you?