COBA Professors and ACU Alum Team Up For Research

Have you ever struggled to make a decision when given too many options? Choice overload, or overchoice, is a cognitive process where people have difficulty making a decision due to a variety of options. Why does this happen?

As part of the lifelong relationship vision of the College of Business Administration, Associate Professor of Marketing, Dr. Ryan Jessup,  and SITC Director and Professor of Computer Science, Dr. John Homer, partnered with ACU alum, Levi Ritchie (’15), to research the choice overload effect. Their paper,  “Hurry up and decide: Empirical tests of the choice overload effect using cognitive process models”, was featured in the American Psychology Association’s April issue on decision. According to Scimago Journal & Country Rank, this journal is in the top 10% in psychology, neuropsychology and physical psychology subfield. 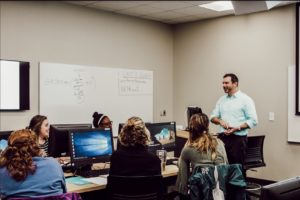 While in graduate school at Indiana University, Dr. Ryan Jessup collected data to study a theory of decision making that prompted him to conduct this research as a follow-up from that work. As the lead author, Dr. Jessup generated the research idea and designed the experiment which was programmed by Dr. Homer. Levi Ritchie helped program part of the experiment in Python, recruited participants, and collected data before analyzing the data along with Dr. Jessup. The team combined their expertise in their respective fields to compile and edit the paper that was then published in the APA Journal. Dr. Jessup described the goal of their research as, “We wanted to test between multiple competing hypotheses that I had proposed in an earlier paper for the choice overload aka too much choice effect. The effect is that people purchase more when they have fewer options to choose from, violating basic economic principles.” 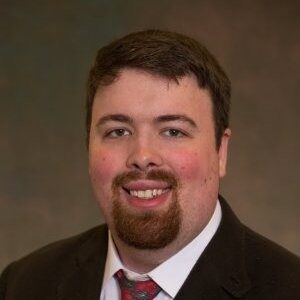 The science of cognitive psychology is broad and contains a variety of potential research studies; however, Levi Ritchie described the importance of studying the choice overload effect as essential to the business field, “From a business perspective, understanding the elements that moderate the effect is crucial to marketing. Even when your selection of alternatives is plentiful, it may be beneficial to only present the strongest subset.” Similarly, Dr. Jessup commented on how important the understanding of this effect is when selling or promoting a product, as well as for personal decision making.

“An interesting thing about conducting quality research is that it makes us better at teaching. In my case, it is particularly true because I tend to teach courses on how to conduct or analyze research. But, even if I were teaching a different type of course it would still improve my teaching for several reasons. First, when teaching on a relevant topic, I would be far more aware of the pioneering research – in some cases because I would have been the one to do it; in other cases, it would be because I had to examine all possible theories and explanations when conducting my research, simultaneously giving far more breadth and depth than I would have gotten had I just read about it in the textbook or merely just read a few things about it. In essence, researchers know more about these findings because they are the ones making them – we are not merely reading about them. It is the ultimate in experiential learning”, Jessup said.

The conclusion of this research was explained in-depth in their publication, but Jessup summarized by saying, “We found that one of our proposed explanations well predicted the data whereas another one – the one that is commonly espoused as causing the effect – did not appear to play a role. A specific conclusion was time pressure appears to really drive the effect; so, if you are trying to sell things to people who are often hurried – think drive-thru’s or situations where people often have little children with them – you are better off giving them a very small set of options.”

Levi Ritchie is currently pursuing a career in Data Science, while Dr. Jessup continues to work on research on an improved theory of decision making that combines choice with learning. He is currently working on another project that involves the choices of married individuals and economic games with professors Katie Wick, John Homer and, recently graduated marketing major, Luke Stevens (’20).