In 2015, Tolleson Wealth Management, Inc. created the Tolleson Scholars COBA Endowment Fund to give scholarship awards in the amount of $5,000 each year to two deserving COBA students. To be considered, students must have completed 75 credit hours toward their degree, but also have at least 30 credit hours remaining to complete their degree. The award also is meant to be awarded to students recognized as top academic performers as well as excellent role models in terms of their Christian commitment and moral behavior. To be considered for the award, students submitted an essay reflecting on a time when they were a role model and exhibited commitment to their Christian faith. The recipients of this year’s awards are Brandon Gonzales, senior accounting major from Rowlett, TX and Megan Young, senior accounting major from Burleson, TX. 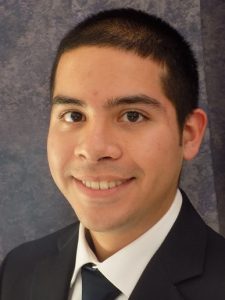 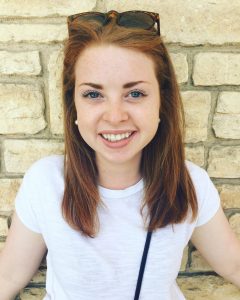 Brandon wrote about his experience volunteering with Operation Blessing, an international relief and development non-profit, after tornadoes destroyed much of the Rockwall, Rowlett, and Garland areas on December 26th of 2015. Brandon and his friends went door to door with the relief operation, asking residents what help they needed as well as consoling and praying with them. He said that, “It was eye opening to see everyone come together to help people they had never met and would likely never see again when they could have been spending their holiday break with family. I was only with my group for a couple of days and although we may not have been able to fix all the problems we came across, I learned how powerful even the smallest actions can be”. When asked about receiving the Tolleson Scholar Award, Brandon said, “Winning this scholarship was truly an unexpected blessing for my family and I. Being the first in my family to attend a university and with my graduation date on the horizon, this award is another reminder that I couldn’t have gotten this far without the help of the ACU community and the friends that I have made along the way.” 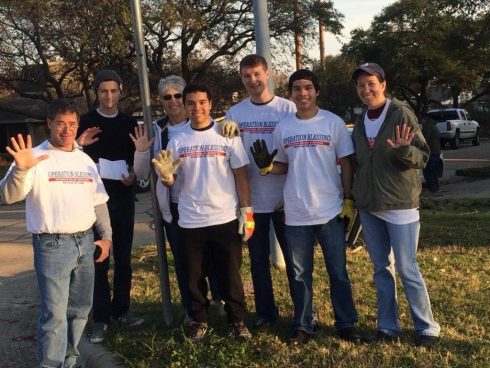 Megan wrote about serving with her church on an unexpected mission trip to Rio Bravo, Mexico during the spring break of her senior year. She told of how her church had been raising money for a kidney and liver transplant for the Rio Bravo congregation’s church liaison to the Burleson church, Jorge. Jorge and his family moved to Burleson temporarily while he received medical care. Megan said that they became “mi familia” as they grew very close to one another. During this time, the church raised half of the money needed but Jorge died two days after Christmas while waiting for a transplant. Megan said that the trip to Rio Bravo was the first time she would see Jorge’s family since his death and she was uncertain about the meeting. However, she and the Burleson mission team were greeted warmly by the family and the church and much healing happened as they worked side by side building an addition to the church building that Jorge once led. She said, “At the end of the week, the church threw a big party for our mission team. The church members and Jorge’s family were so grateful for all we had done. That’s when I realized the full scope of what God had planned for me that week. I wasn’t there just to do hard work; I was there to be part of the healing process. I was there to help this small church move forward after the death of Jorge. I was there to let his family know that we were still “familia”. Most of all, I was there to show God’s love and grace to our dear friends across the border”. When asked what receiving the Tolleson Award meant to her, Megan said, “I am so honored to be receiving the Tolleson Scholarship. This award will assist me in completing my BBA in accounting and start on my goal of attaining my Masters of Accountancy. Thank you to the donors for their generosity and support!” 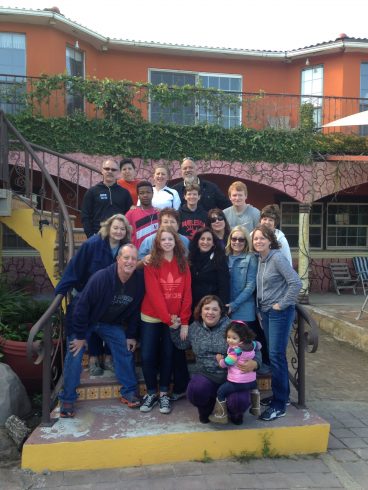 Megan and Brandon represent well the student body that makes up the College of Business Administration (COBA). Our students serve in various volunteer capacities throughout the year, using the skills and lessons they’ve learned in the classroom to help organizations like non-profits and churches. Using business to do good – it’s a value COBA strives to integrate in and out of the classroom. Generous donors make college tuition scholarships and experiences like Leadership Summit or service trips to destinations like Mission Lazarus possible.  COBA has approximately 50 scholarship and endowment funds that, this year alone, provided financial help to over 120 COBA students. We are so thankful for the generosity of our friends and donors who help us continue our mission of educating business and technology professionals for Christian service and leadership throughout the world. If you would like to learn more about giving to COBA scholarship funds, please email coba@acu.edu.