From Microfilm to Mass Media: Biblical Manuscripts in the Digital Age 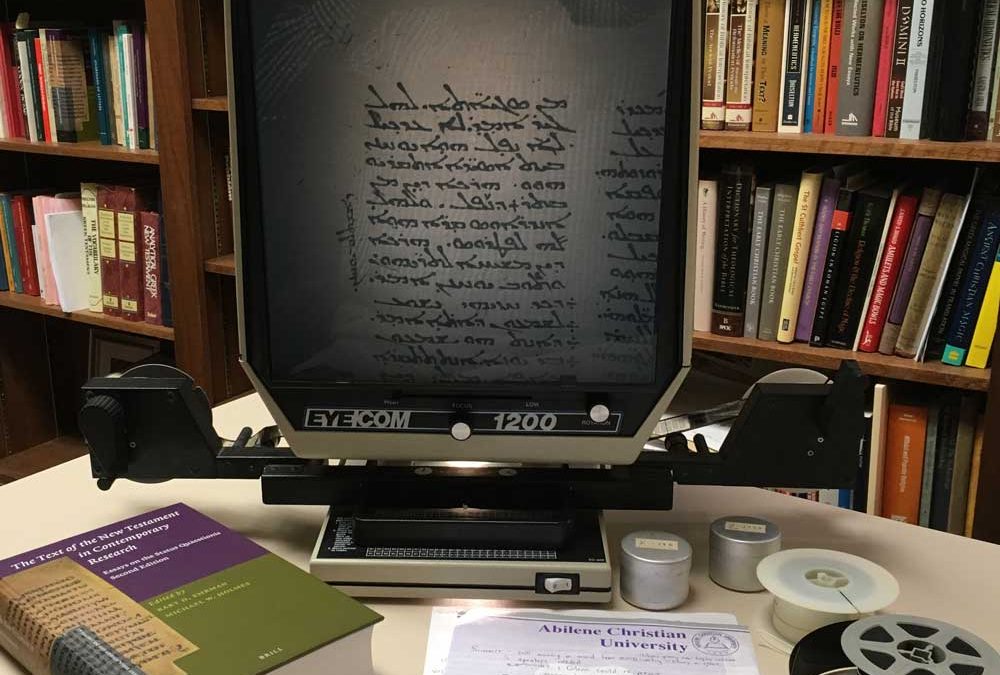 In the year 2000, I was introduced to the discipline of New Testament textual criticism.  As a graduate student who had just begun learning Greek but who had enjoyed a long personal history with the Bible, I was thrilled at the opportunity to study not just the Scriptures but also the manuscripts that lay behind it.  I dutifully learned the skills needed, which in those days concerned matters like Greek, paleography, and how to operate a microfilm machine.

Indeed, one of the amazing things to me at that time was the availability of manuscripts on microfilm!  I had read stories in books, and heard them firsthand from my mentor, of scholars working patiently and diligently in monasteries, copying texts by hand while wearing gloves, often under the watchful eye of a librarian monk or his assistant.  But now, with microfilm, I could read and study biblical manuscripts from all over the world — places like Dublin, Paris, and even far-flung Mount Athos! — without even leaving my office.  It seemed and was an amazing gift.

And yet, even at that time, there were rumors of things getting even better.  It was the early years of what people were calling “broadband” Internet, and folks were talking about the “digitization” of manuscripts — in other words, taking images of those manuscripts and turning them into digital files that would be of higher quality, could be easily shared, and would no longer involve bulky microfilm machines.  I could not imagine the work that project would take, but I could see the potential.

And here we are, barely 15 years later, and that work has yielded enormous results.  Modern scholars are enjoying exactly the fruits promised — easier access to manuscripts, better quality images, and media protected from the liabilities of physical microfilm reels — not to mention an explosion of manuscripts that are even available to study at all!  What’s more, there are many examples of this kind of work that are geared toward the interested public and not just specialists.  Here are just a handful: Given just these three resources, you will not be surprised to learn that scholars and specialists have access to an enormous range of other options as well, especially as individual libraries and centers make more and more material available.  Further, there are websites that collect links to online resources, which are useful for all interested parties and can be accessed with simple internet searches.  And finally, we have many useful  resources that you can link to; simply click on or hover over the “Resources” link in the upper-right-hand corner of this page.

We modern individuals enjoy an amazing access to ancient materials useful for Bible study, and that access surpasses anything we have ever seen in the history of the church.  May it be for us a blessing!