How to Shoot Video with a Canon 60D

So you just checked out one of the Learning Studio’s Canon DSLR cameras, and you go to shoot your first short film. But the process is a little trickier than you expected.

DSLRs were originally built for still photography, but today many of them also shoot video, and they’ve been prized by filmmakers for the quality of the images they produce. Yet shooting video on a Canon 60D isn’t quite as intuitive as shooting photos.

In our first installment of the Gear Up series, the Learning Studio’s Nathan Driskell gives you a three-minute checklist to get you up and running with video production using the Canon 60D.

For more advice on shooting with your DSLR, stop by the Learning Studio and ask a Media Assistant for help on your next project. 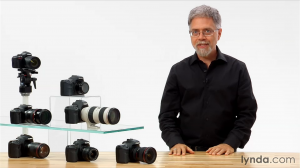 Once you’re comfortable with how to set-up the camera, check out a course on Lynda.com to continue to develop your skills.