We’ve put the spotlight on faculty creativity this week but didn’t want to miss the chance to share some strong projects from some of our graduates this spring. Whether they were spending hours in the Media Lab perfecting an illustration or they were attending advanced media training in Stage 1, students of all majors this semester took advantage of the tools, spaces, and training on offer in the Learning Studio to produce work that they could be truly proud of.

“All ACU students should take advantage of the Learning Studio regardless of their major. Learning how to create and share ideas has made me a better social worker, but it has also made me a more effective communicator. The AT&T Learning Studio is a prime example of ACU’s commitment to innovative learning.”  – Hannah Sims

The Learning Studio helped these graduating seniors and grad students leave campus with the skills to share stories with the world that matter. We can’t wait to see what these creators do next!

We were excited to have 13 student films premiere at FilmFest this year, but one film caught our eye. For his 4th consecutive FilmFest, John Greer wrote and directed Year-Round. He also shot his film on one of our Canon 6D DSLR cameras with carefully composed shots that won the Best Cinematography award this year. You can find more winners from this year or John’s previous films on the FilmFest blog. 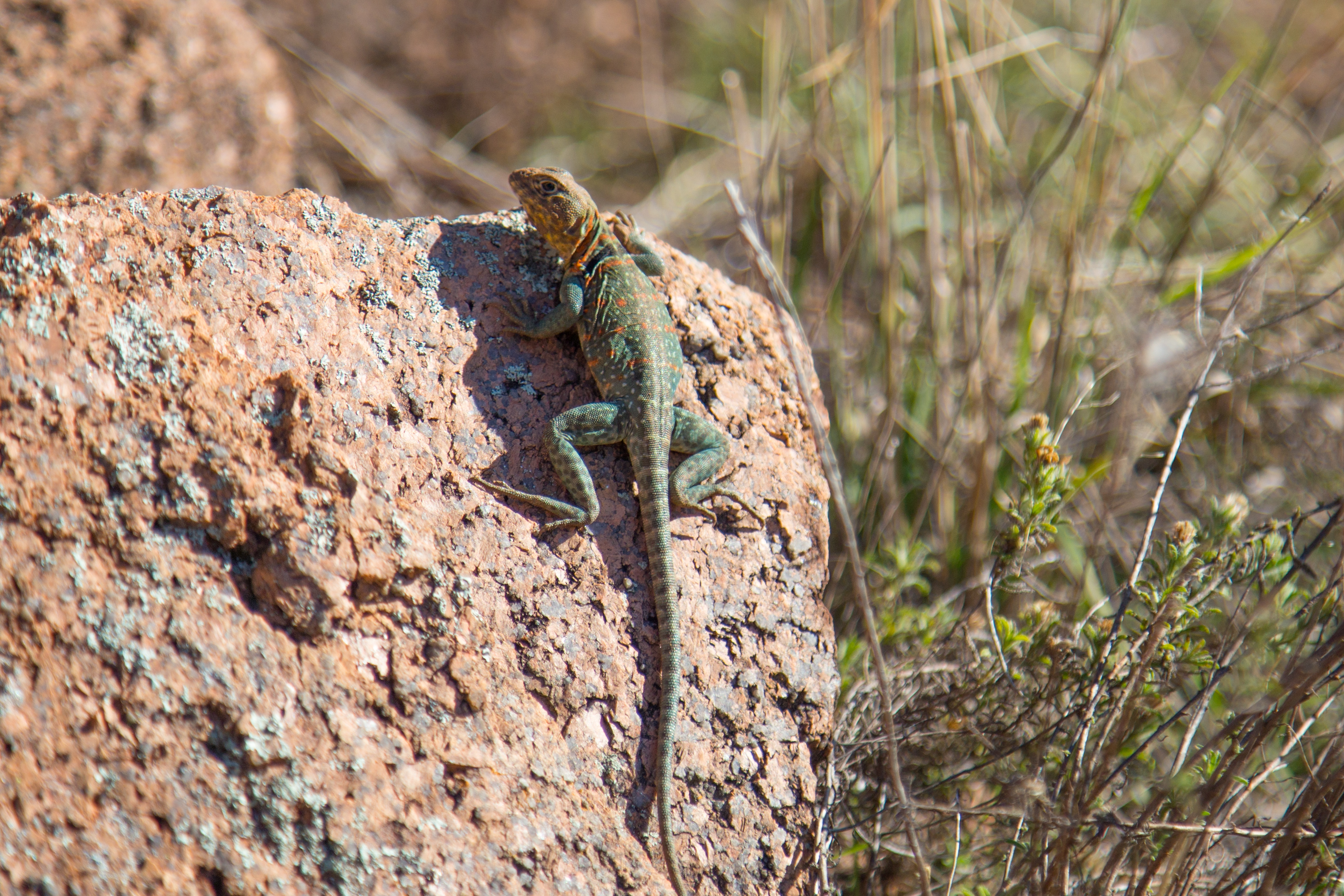 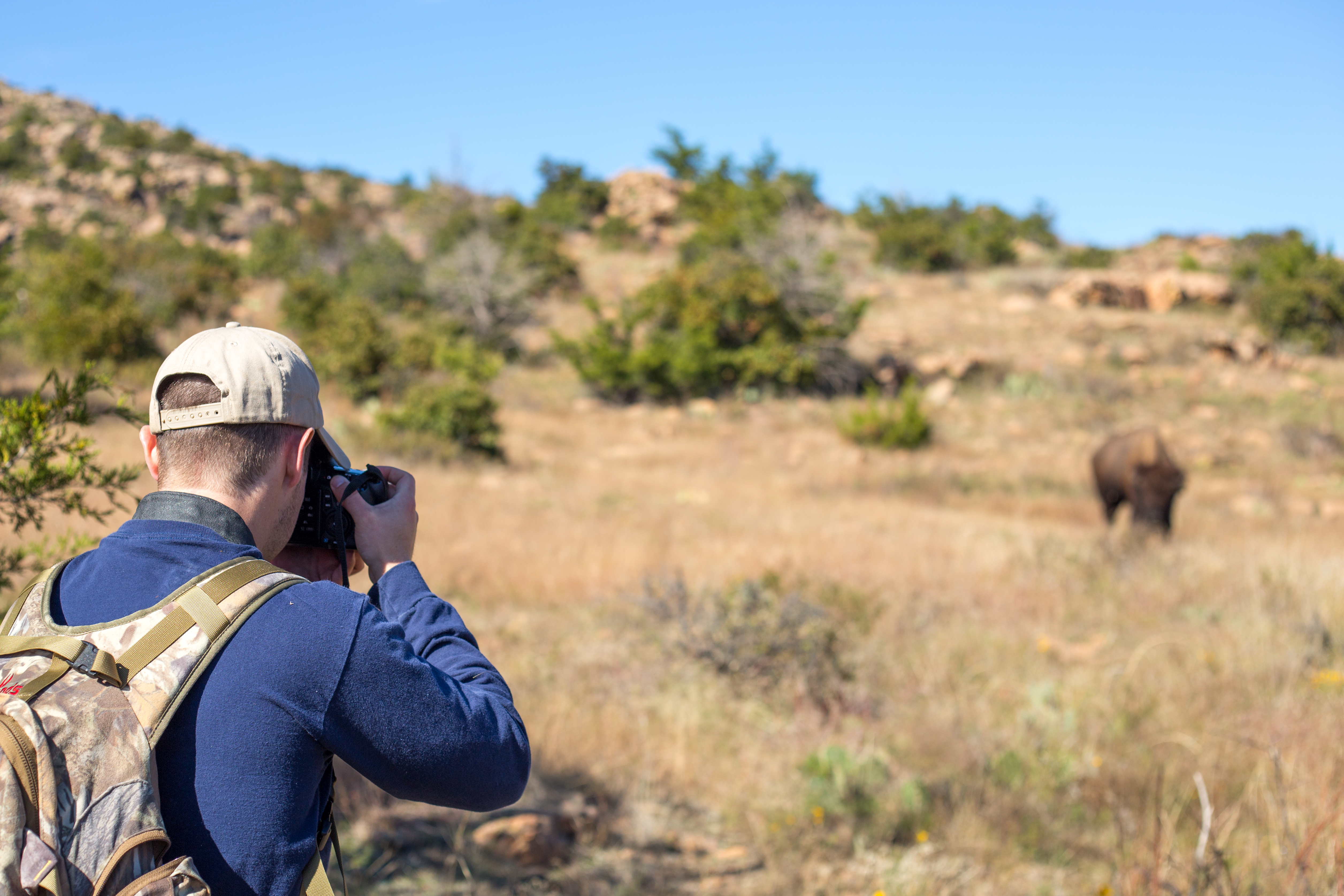 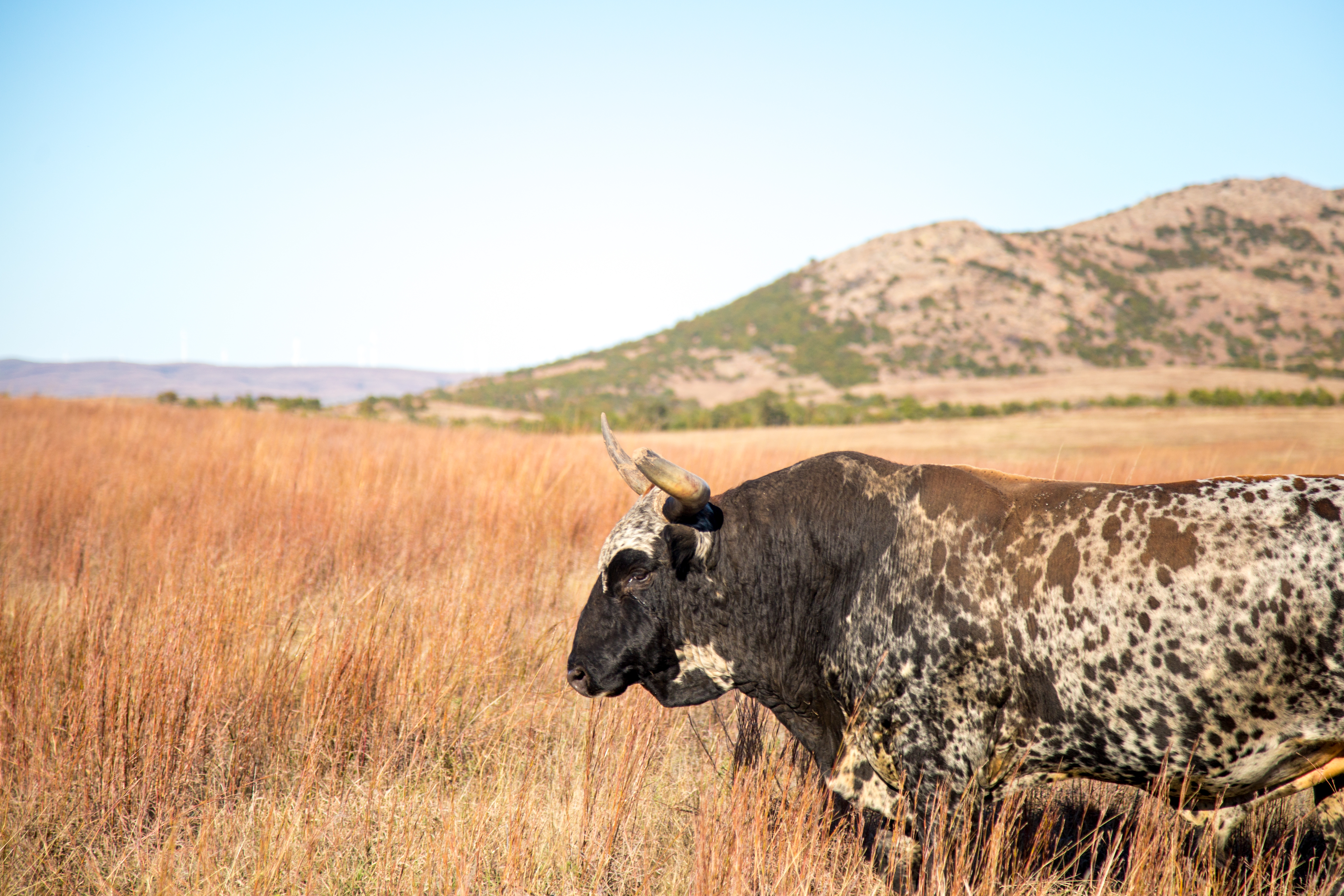 In short afternoon training or weekend workshops, students are developing more confidence with their cameras. Nick has been doing the important work of any photographer–shooting as much as possible–and taking pictures wherever and whenever he is is paying off. Over spring break he kept shooting with friends on some hikes in the Wichita Mountains Wildlife Refuge in Oklahoma, and this last year his portfolio landed him a job shooting for The Optimist.

This spring Hannah worked with the Texas Council of Child Welfare Boards on a video project to improve perceptions around foster parenting. She filmed the spots in the One Button Studio and finished them with skills she picked up in Social Work classes producing media assignments. It’s exciting to see how skills developed for one project build the confidence to try the next one. Read more about Hannah’s project on the ACU Today blog.

Lots of the projects we see are connected to media projects in classes, so it was fun to see Abbie’s music video produced with the staff of the World Famous Bean. The playful look of the project hides just how much work went into the editing, sound, and on-screen titles. Great way to end of the semester! 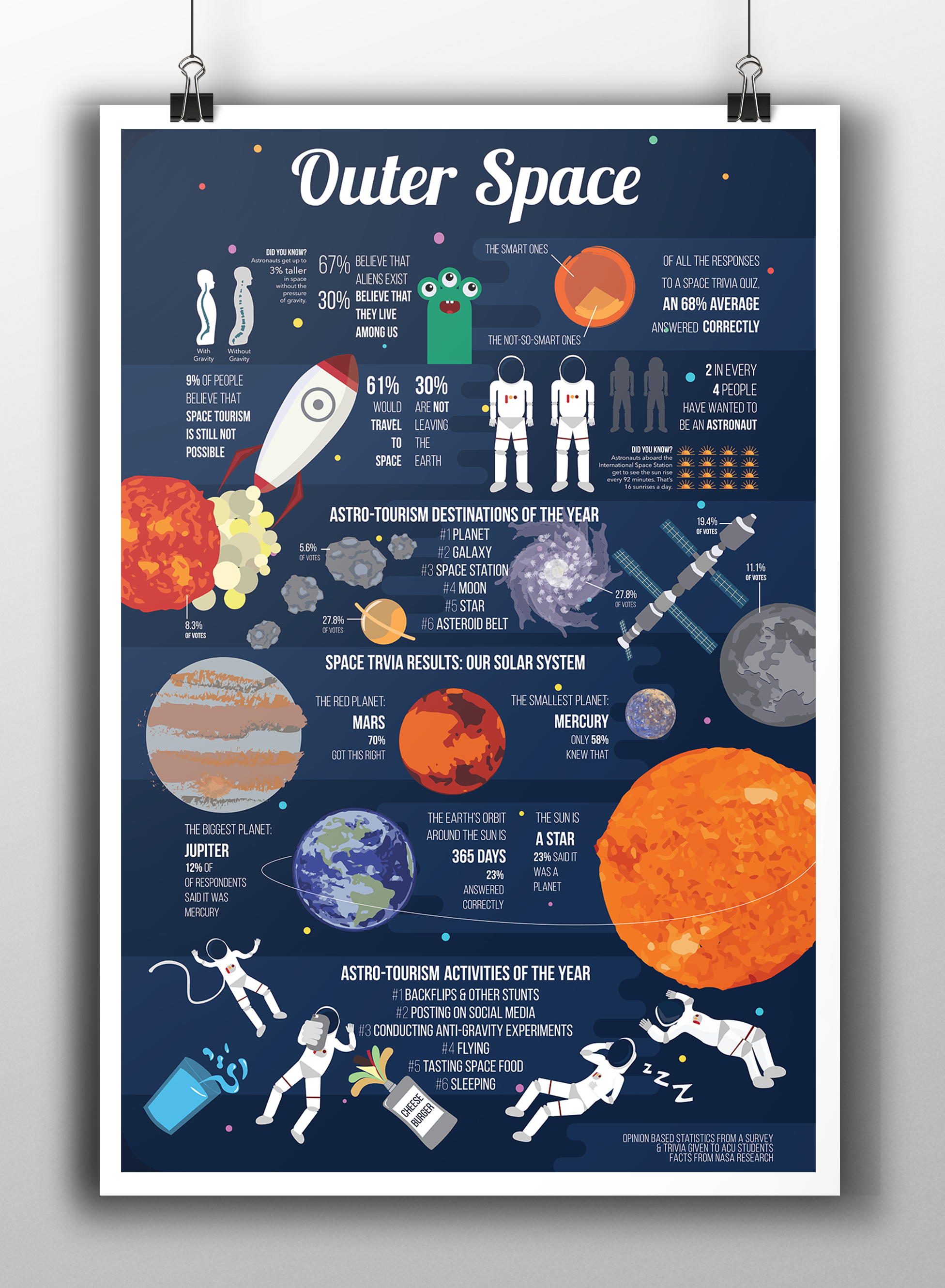 As they approach graduation, graphic designers take a portfolio class where they get ready to share their best work with future employers. Christi spent hours in Adobe Illustrator and Photoshop this semester polishing work like her infographics on the solar system and Frank Lloyd Wright for Ryan Feerer’s Information Graphics class. See the final product in more detail.

Thanks to the ACU faculty and students who joined us in the Learning Studio last week to audition for Star Wars: The Final Exam.

The #EpisodeXmas event went well and we wanted to share a quick trailer before you head to the theatre to see the actual film. The students brought great energy, costumes, and some mad jedi skills to the event.

In case you’re looking to create your own Star Wars trailer over the holidays, here were a couple blog posts on adding some Adobe CC magic to your next project.

Lightsaber Magic with After Effects CC

Save the Galaxy with Photoshop CC 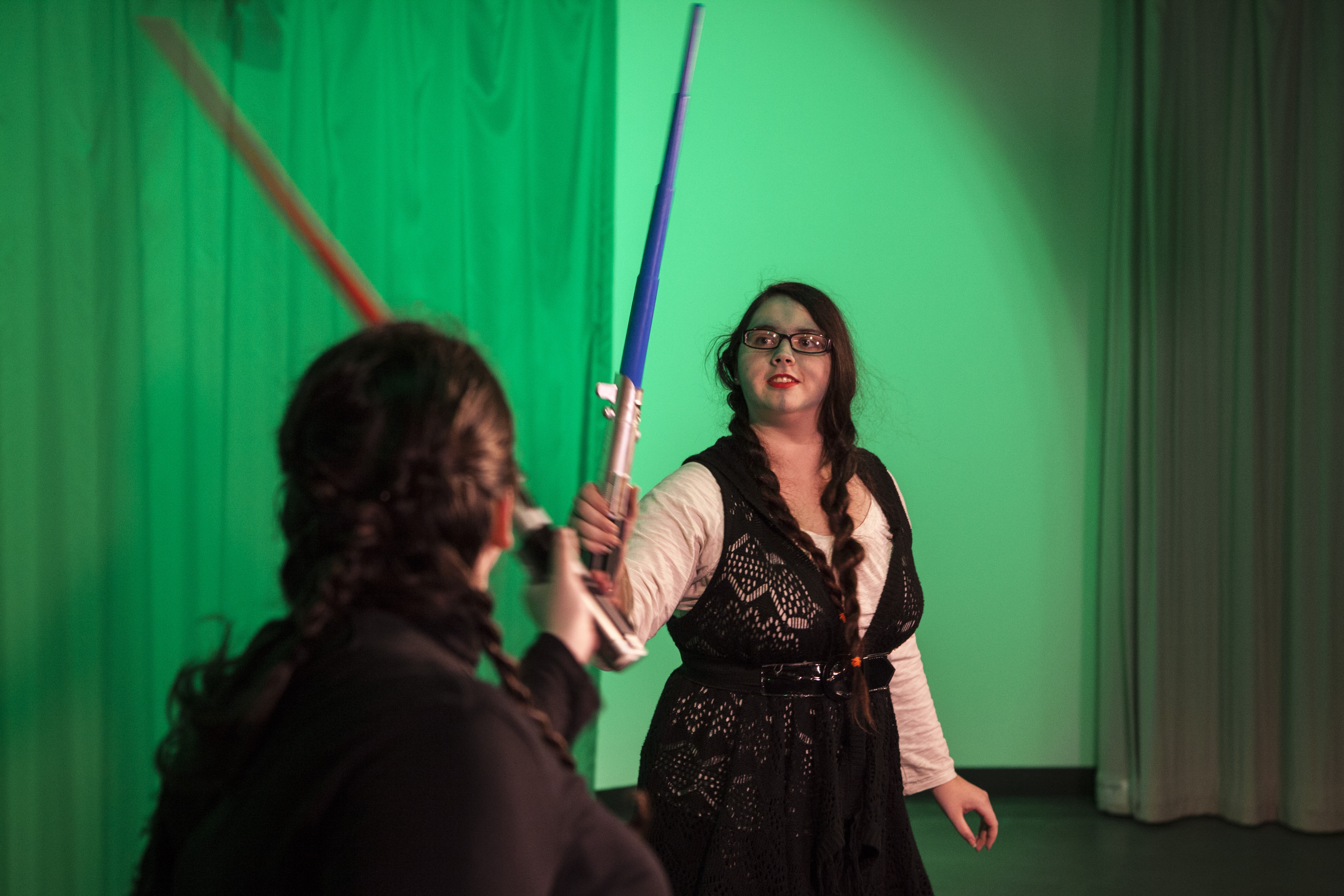 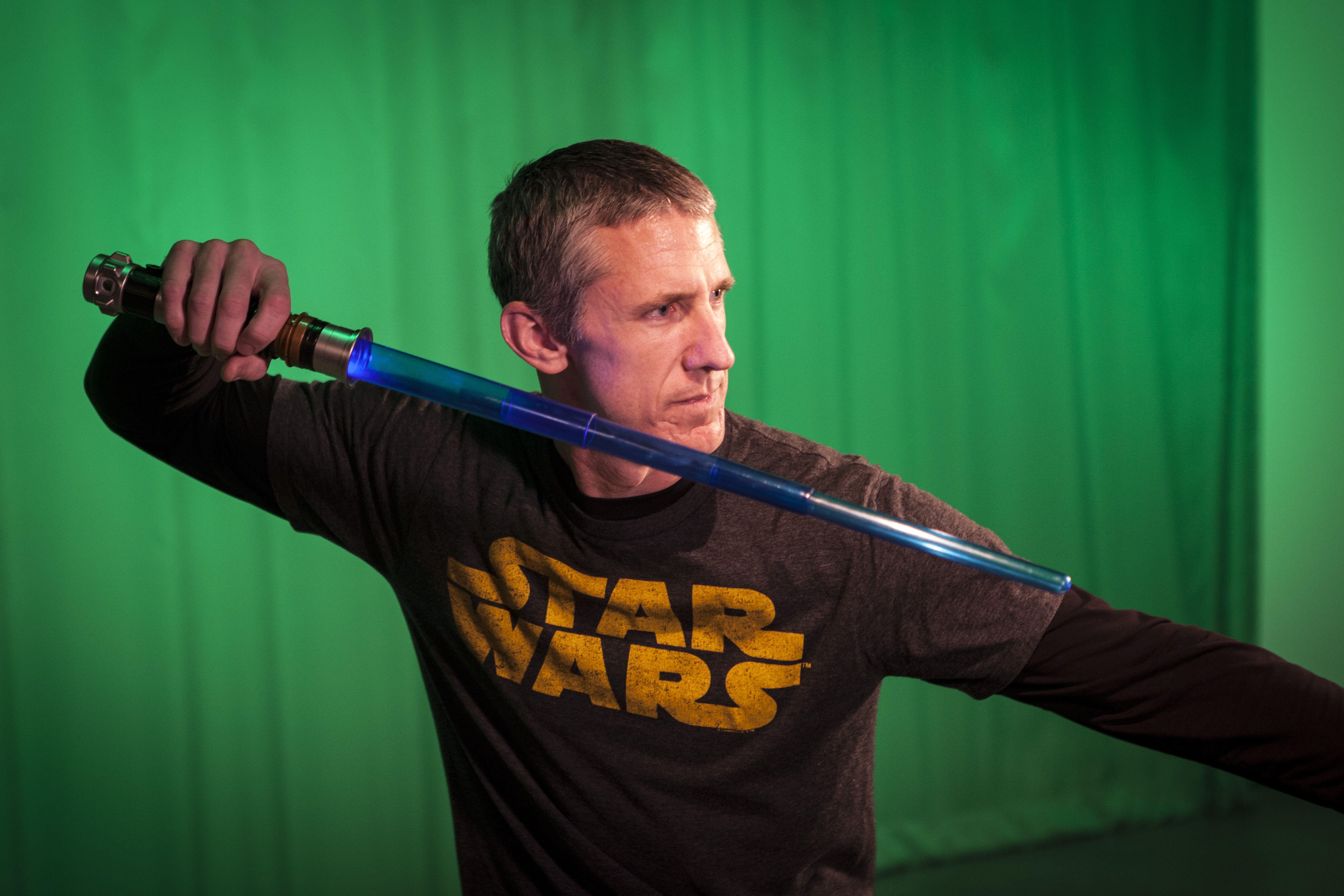 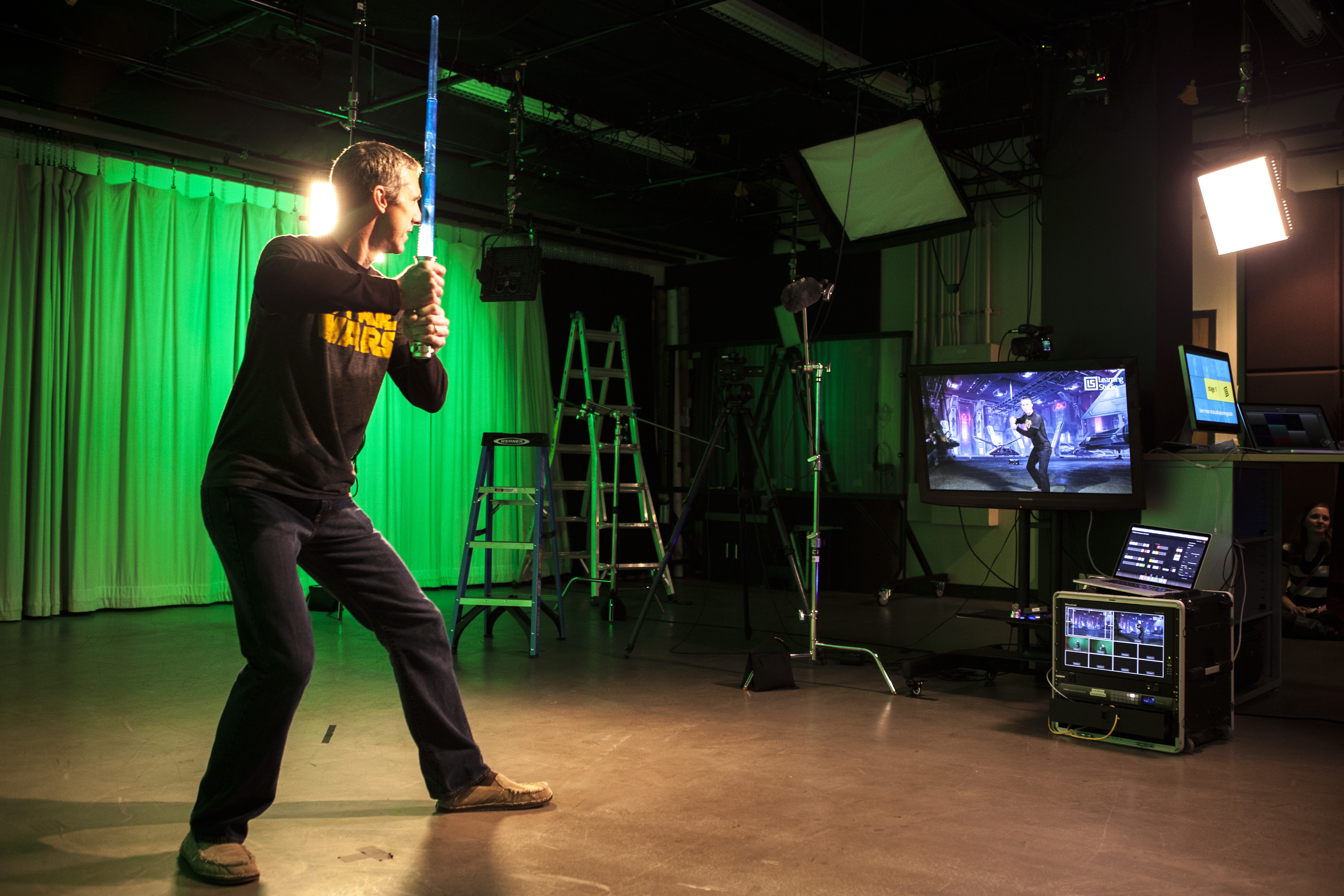 This semester Al Haley and Kyle Dickson taught Introduction to Film for the first time and students were asked to produce a major project that demonstrated their mastery of core concepts of the course. Learning Studio staff spent several class days introducing students to camera movement, audio, and editing before they produced their projects in Camtasia and Adobe Premiere Pro.

Here are a few of the final projects.

Film Analysis Digital Essay – Working individually or with a partner, produce a short 3-5 minute analysis of a film from our semester that accounts for the technical aspects of its production within the context of the director’s work or genre. Your digital essay seeks to highlight an informed point of view with carefully chosen stills/clips from your film(s) synced to your audio commentary. (For examples of this type of video essay, see Tony Zhou’s Every Frame a Painting).

Short Narrative Film – Working individually or with a partner, write, direct, and produce a short film, following ACU FilmFest guidelines, that builds on your working knowledge of story structure, character development, and genre this semester. The short film should demonstrate mastery of the fundamentals of camera movement, shot composition, lighting, audio, and editing, all of which we’ll introduce in workshops in the Learning Studio this semester. (For inspiration, see past projects on the FilmFest Archive).

For several years students in Dr. Kyle Dickson’s Eighteenth-Century British Literature have produced research projects as a way to share key texts from the Enlightenment with a broader audience. It’s easy to complete academic research for an audience of one–the professor–so this assignment has attempted to ask students to communicate research from an upper-level course to general audience.

The wait is almost over. The next chapter in the Star Wars saga opens December 18, and the Learning Studio wants to put you in the movie!

But like Luke Skywalker on the uncertain surface of Dagobah, the title of Jedi master doesn’t come without a test.

Between now and the end of Finals Week, we’ll give a few mega fans tickets to Star Wars: The Force Awakens along with enough tshirts, USB drives, and imperial swag to fill the belly of a Tauntaun.

Join us on Dead Day for your chance to win:

Star Wars Final Exam – We’ve put together a trivia test to separate the geeks from the nerds. Make sure to stop by the main desk in the LS to pick up a scantron and a Yoda pencil. (2-3 minutes)

Jedi Auditions – We’ll also be hosting auditions in the green screen studio where you can challenge a friend or professor to a lightsaber duel. We’ll have prizes for the best delivery of a favorite line or mad Jedi skills. (3-5 minutes)