[This week the Learning Studio’s Nathan Driskell contributed a story featured on ACU News that we wanted to share.]

In an ordinary year, the Paramount Theatre in downtown Abilene would roll out the red carpet for ACU’s FilmFest Gala, the university’s annual student film competition, now in its 17th year. But this year was, of course, no ordinary one, and so the festival moved outside for ACU’s first-ever FilmFest: Under the Stars.

Last Friday night as the sun set behind the Tower of Light, students and faculty watched this year’s films in the Beauchamp Amphitheatre and cheered award winners in 13 categories for excellence in filmmaking. 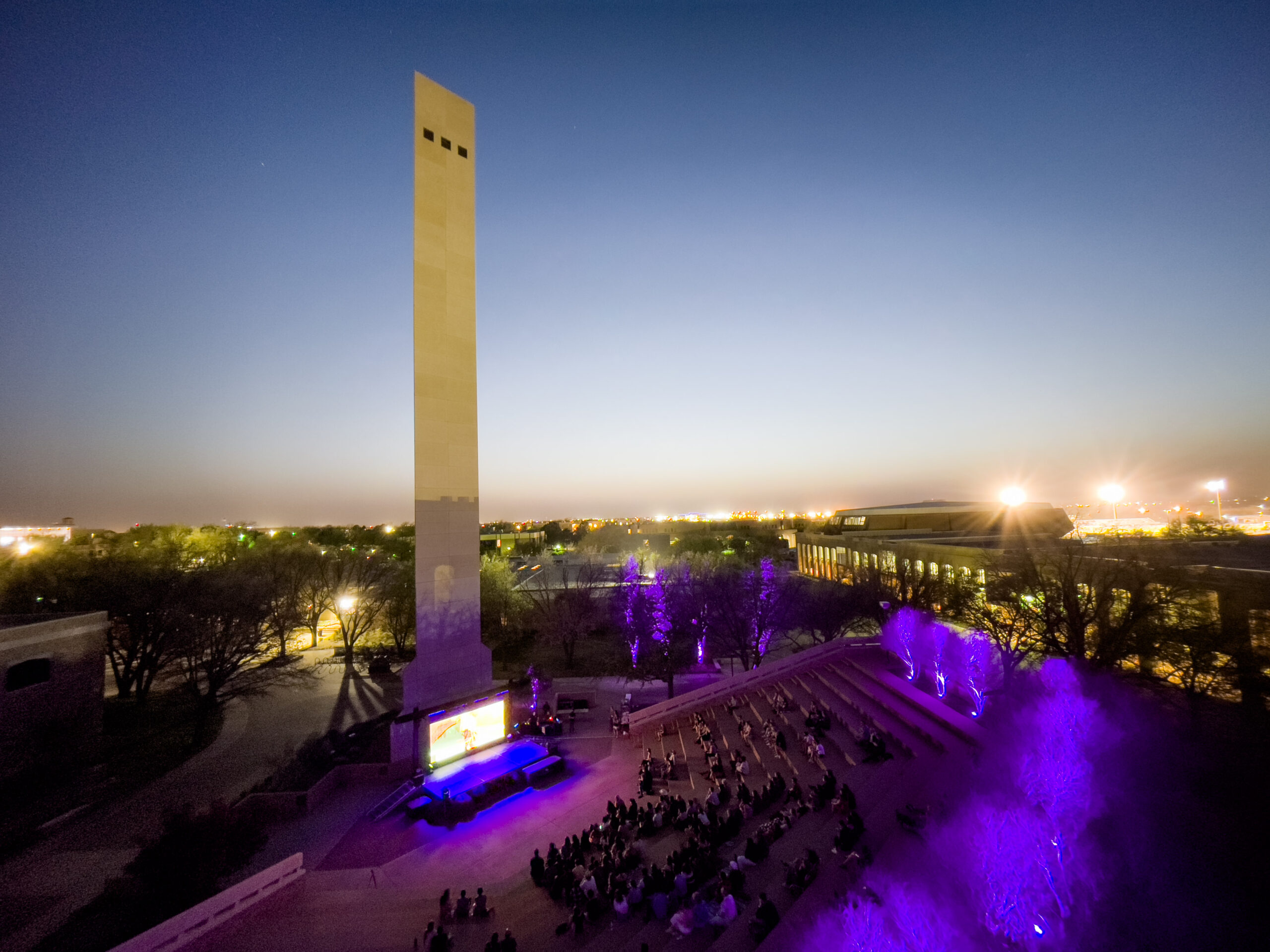 [This week the Learning Studio’s Nathan Driskell contributed a story to the ACU Today blog that we wanted to share.]

Six short films, representing months of work by more than 50 ACU students, were destined for a Paramount Theatre screening at the ACU FilmFest gala in early April. But when classes moved online in response to the coronavirus pandemic, so did FilmFest.

On April 23, the gala, which typically draws a full house at the historic Abilene theatre, instead screened online during a specially produced livestream, premiering the year’s student film submissions in the first event of its kind in FilmFest’s 16-year history. The planning began in the Learning Studio, which has worked with FilmFest since 2011, but it soon included the help of staff and faculty members across the university to produce the 90-minute live broadcast. Brent McCorkle is an award-winning screenwriter, filmmaker and musician, best known for his work on the films Unconditional, Woodlawn and the just-released I Can Only Imagine. Earlier this month, Brent touched down in Abilene and set up shop in the Learning Studio for two days of film editing critiques with ACU students participating in this year’s FilmFest competition.

During the sessions, Brent looked at late-stage edits of each film, giving each team notes on pacing and construction. The face-to-face meetings helped student filmmakers plan a roadmap for success and get a taste of the kind of critical review they’ll face when Brent returns as a FilmFest judge for the April 6 black-tie gala at the Historic Paramount Theatre. 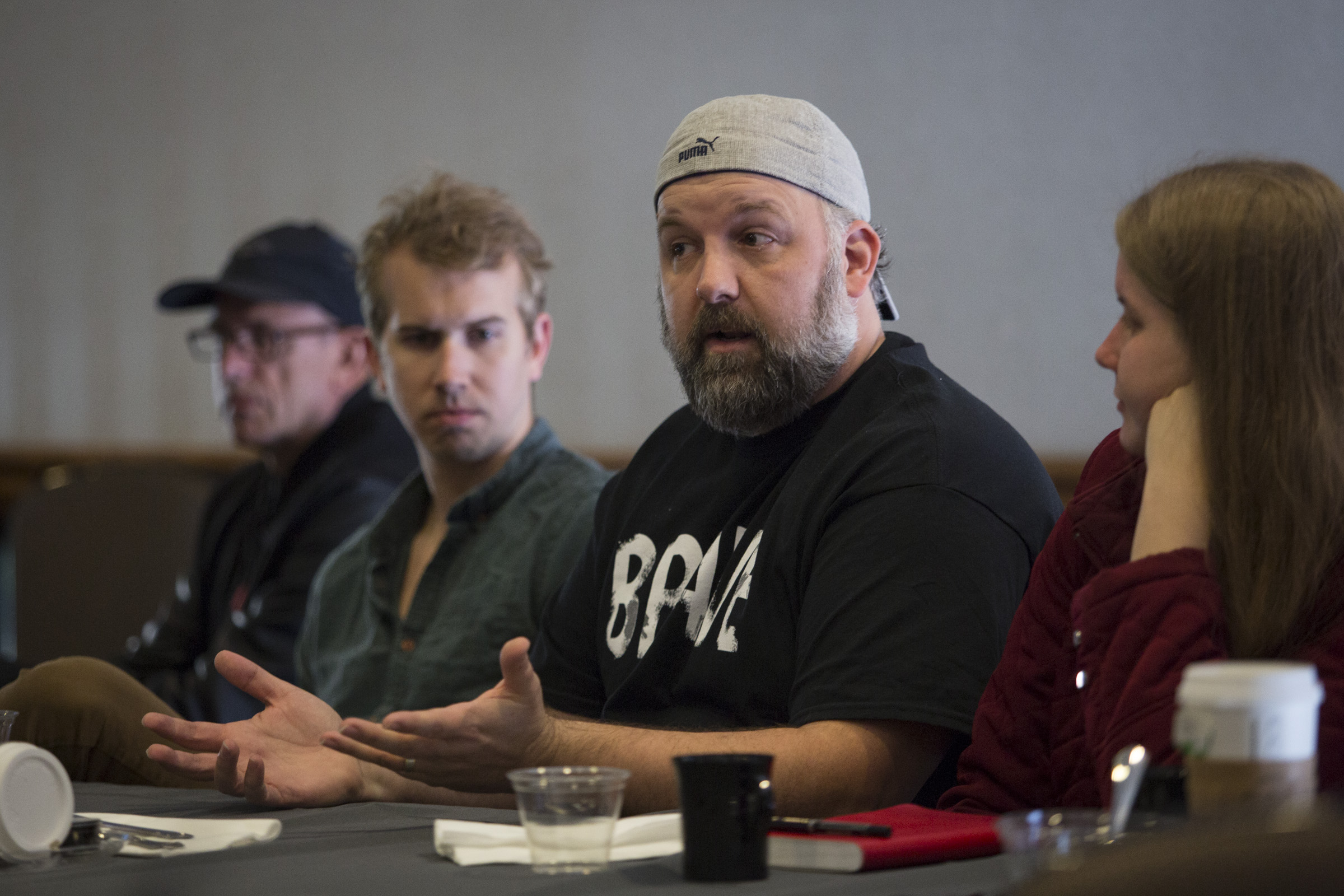 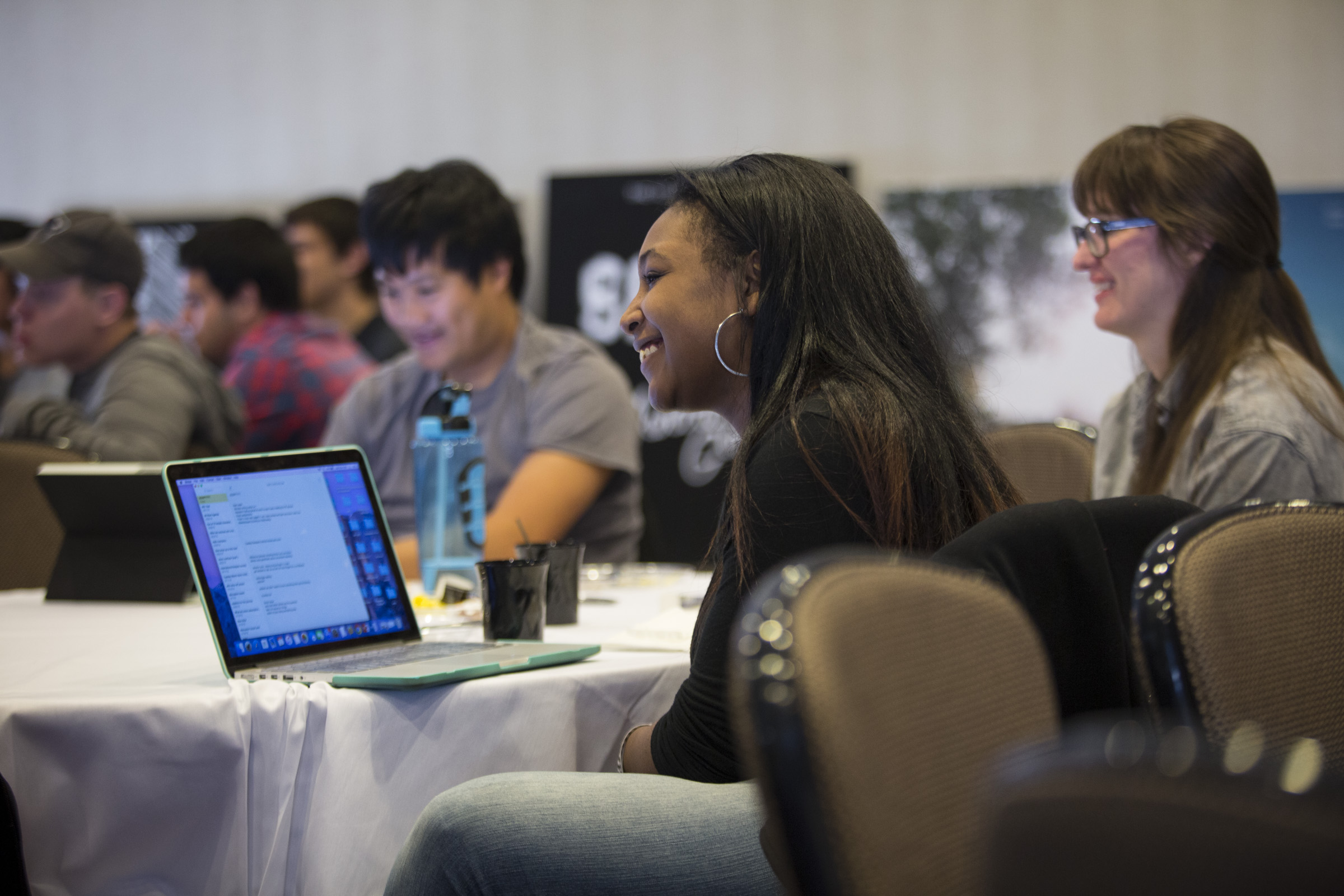 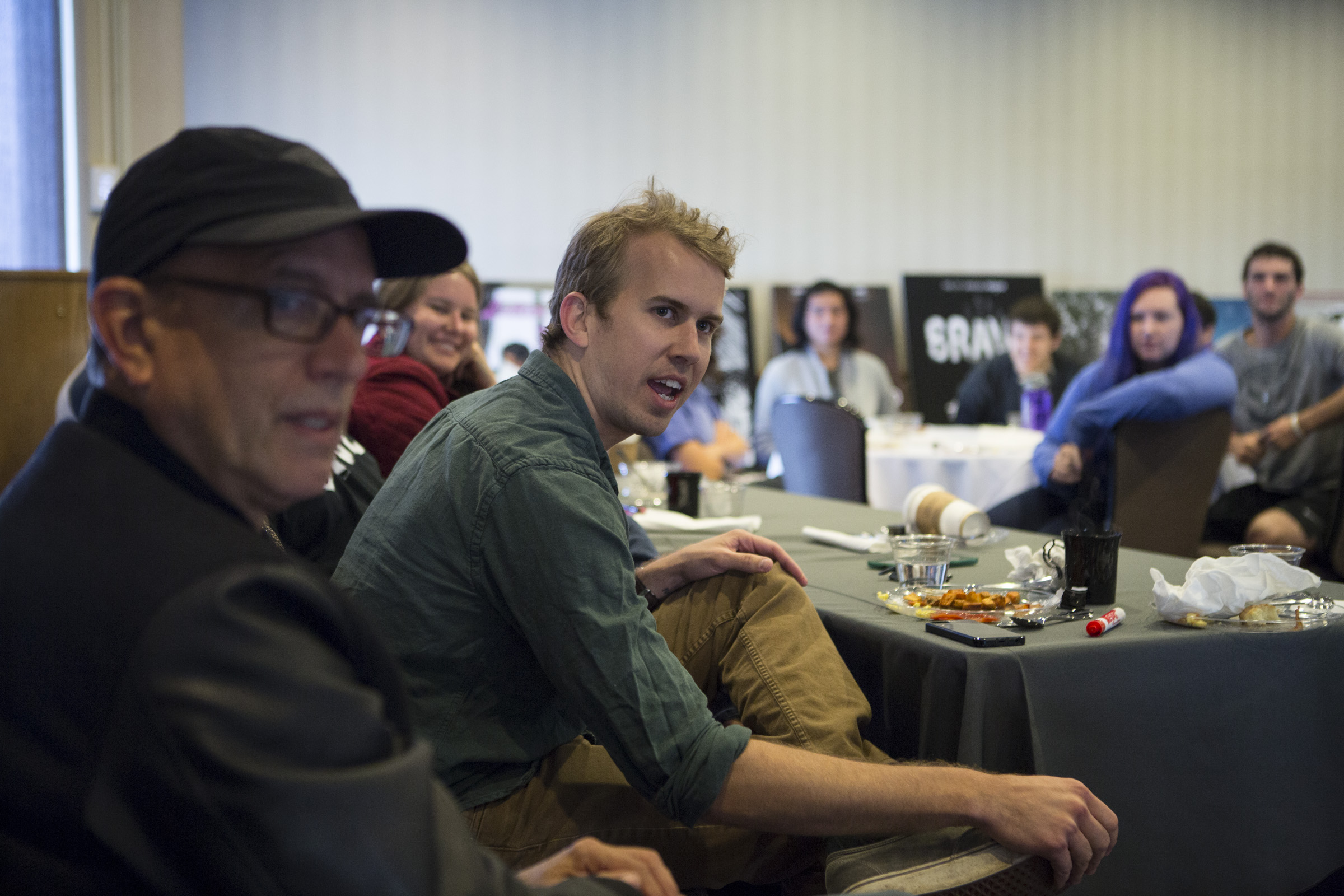 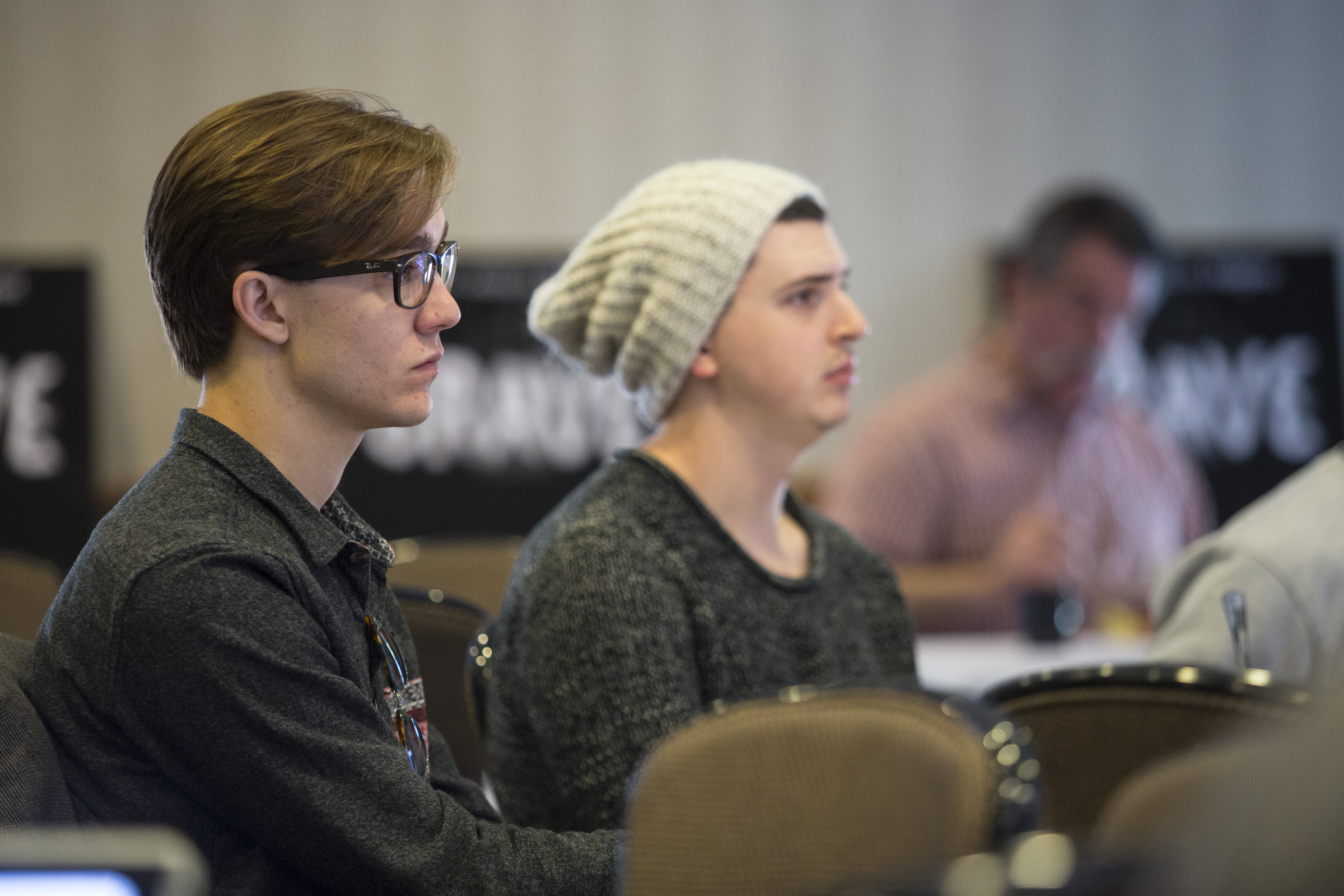 Last week, ACU’s 12th Annual FilmFest gave students the opportunity to screen original films at a red-carpet gala at the Paramount Theatre. This year also provided students unprecedented access to training and feedback from filmmakers on campus and around the country. Production teams began work in the fall developing story ideas and technical skills through workshops led by Nathan Driskell and Mathew Bardwell in the Learning Studio.

For the first time this fall and spring, students had the opportunity to meet one-on-one with returning judges to develop their films. In November, Randy Brewer, class of 1993 and founder of Revolution Pictures, came to campus to work with production teams as they began to refine story ideas. Then in March, Brent McCorkle, whose recent work includes editing the 2015 feature Woodlawn, spent the day with directors and editors to talk about rough cuts of their films, leaving several weeks for them to fine-tune and in some cases rewrite and reshoot portions of their films before the April 1 premiere.

Again this year, the FilmFest weekend concluded with critique sessions on Saturday morning, allowing each production team to hear from judges about everything from basic story structure to the technical aspects of their finished films.

If you missed FilmFest, you can see this year’s student films and a list of winners at the FilmFest Blog.

This semester we’re working with the FilmFest folks to lead off their 24-hour FilmFest events with a workshop introducing crucial techniques. We’ll kick off the series this week with our first on Friday. How to Get Great Sound in Your Film

In filmmaking, good audio is key. Polish your future productions by learning the ins and outs of capturing great sound this Friday, 2–4 p.m., in the Learning Studio. Mathew Bardwell and Nathan Driskell will be joined by Nathan Gibbs from JMC to give you a hands-on introduction to recording film audio.