George Dallas Smith Papers, 1895-1921, MS#28 [Revised Finding Aid]
George Dallas Smith was born 17 March 1870 in Union City, Tennessee. He attended Dickson Normal College and Georgie Robertson Christian College, both in Tennessee. In 1896 he began preaching throughout the southern United States. In addition to traveling speaking engagements, he also worked with churches in Texas, Kentucky, and Tennessee. He authored multiple books and pamphlets which emphasized the importance of Bible study, among other things. He passed away on 7 November 1920 in Cleburne, Texas following a very brief illness. This collection includes sermons written by George Dallas Smith and by John Thomas Smith. It also includes articles for Christian journals written by George Dallas Smith. 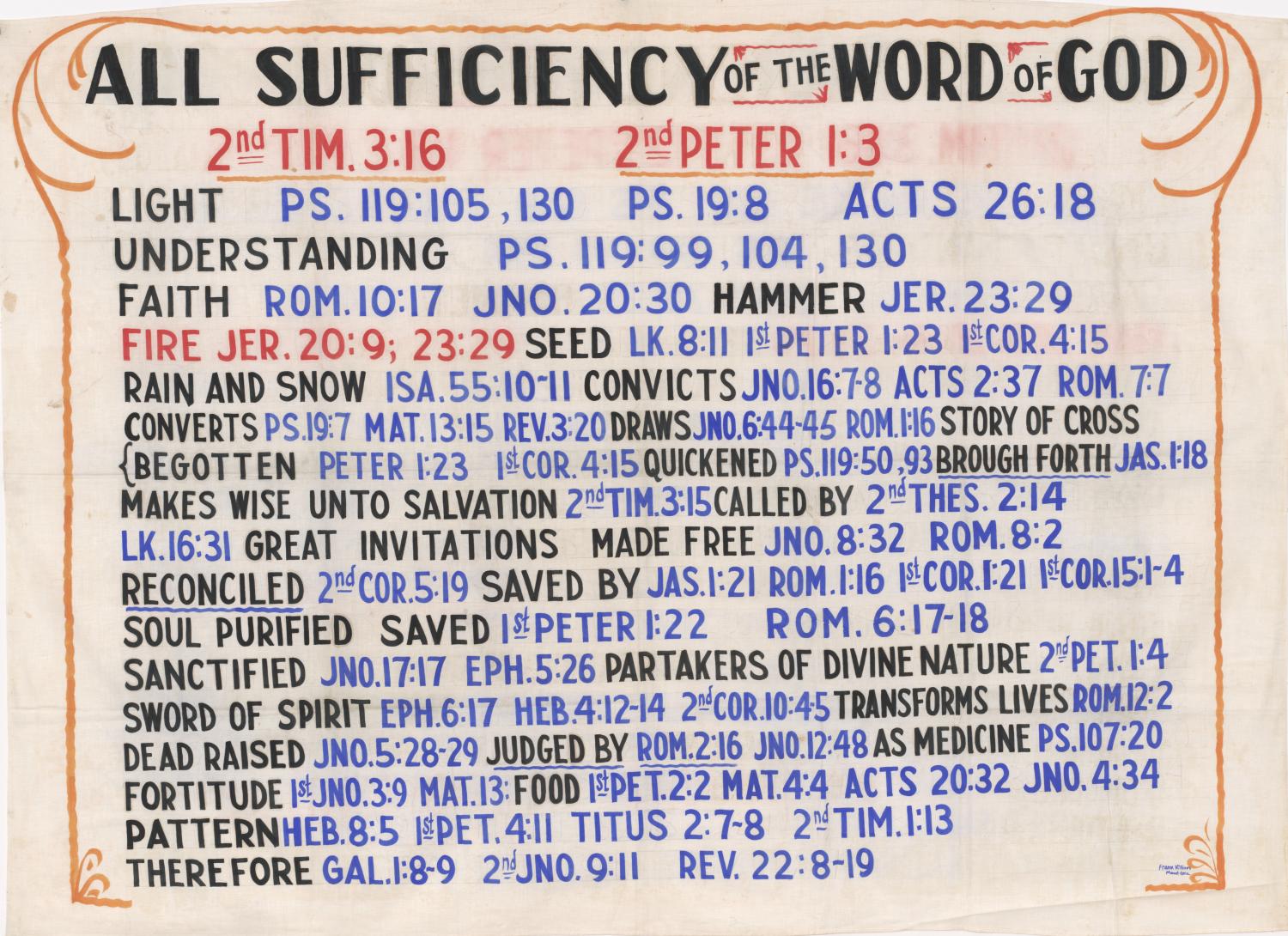 Morris Solon May Papers, 1956-1995, MS#429 [Revised Finding Aid]
Morris Solon May was born July 10, 1926 in Winfield, Alabama. He served in the Navy during World War II as a typist in the Pacific. He married Helen “Maxine” Ehl on April 5, 1947. The couple had four children. He preached at the Church of Christ in Yakima, Washington for many years and also worked as a millwright in Richland, Washington. He retired in College Station, Texas, and died February 25, 2016. This collection contains a large set of sermon outlines, along with notes, lessons, correspondence, church bulletins, printed charts and articles, and several sermon manuscripts.

Ray and Nancy Hansen Papers, 1943-1944, MS469 [Revised Finding Aid]
Nancy Hansen was born April 7, 1931 in Grand Saline, Texas. She attended Abilene Christian University and majored in Home Economics. Ray and Nancy Hansen were married January 23, 1954. Ray worked for Exxon Oil and the two lived in many places throughout his career and had three children: Kathy, Tim, and Ted. Nancy passed away November 28, 2016. This collection contains World War 2 ration books belonging to Nancy Hansen and her family members. There are six books inside a green book cover. 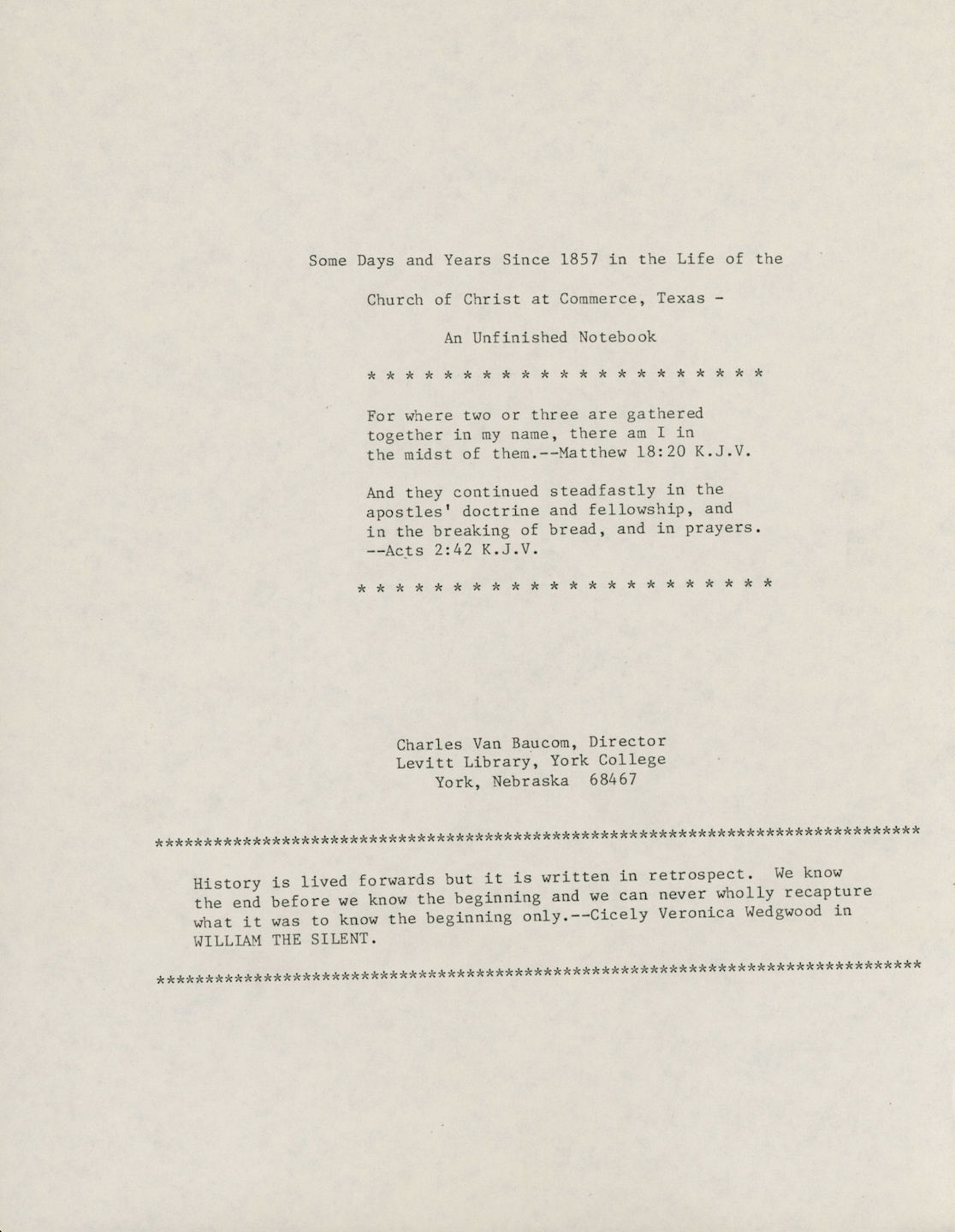 David Henry Bobo Papers, 1960s, MS519 [New Finding Aid]
David Henry Bobo was born in 1910 in Alabama. He attended David Lipscomb College from 1929-1933. He then worked with Churches of Christ throughout Tennessee, Kentucky, Florida, Alabama, Georgia, South Carolina, and Indiana. He married Madolin Davis (1915-1985) and the two had a daughter in 1938. He began working with the Fountain Square Church of Christ in Indianapolis, Indiana in 1950 where he served until his death in 1985. This collection consists of two boxes of magnetic tape reels of sermons at Fountain Square Church of Christ in Indianapolis, Indiana, from the 1960s. Bobo is likely the speaker on most if not all of the reels. Some reels retain the handwritten labels with sermon titles and dates.