2022 saw growth across the board in ACU Special Collections and Archives, and new archival accessions and finding aids for these materials were no exception. We added 61 accessions to the collection and added or updated 99 PDF finding aids to our DigitalCommons@ACU repository. These new accessions contain material of almost every type and kind: from sermon manuscripts and teaching notes to correspondence, from photographs to magnetic audio reels, and from church records to university records.

61 accessions into University Archives and Center for Restoration Studies

These accessions include new acquisitions, accruals to existing collections, and maintaining records for existing record groups. The total materials accessioned this year totaled over 730 linear feet.

Stay tuned to see where 2023 takes us! As always, if you see something above that piques your interest or could be useful for your research please get in touch and let us know what you’re thinking about; we’d love to help!

Sabinal Christian College (Sabinal, TX) Records, 1905-1922, MS#358 [Revised Finding Aid]
Sabinal Christian College was founded in 1907 one mile east of Sabinal, Texas, in Uvalde County by members of the Churches of Christ. The purpose of the school was to provide Bible teaching and religious training in addition to the usual literary curriculum. Courses included Bible, business administration, music, and speech, which were taught at primary, intermediate, high school, and college levels. The school reached a peak enrollment of 200 students and nine faculty members under the administration of Isaac E. Tackett (1909-1913). Other presidents of the school included G. H. P. Showalter, W. A. Schultz, J. Paul Slayden, and J. O. Garrett. The college received inadequate financial resources due to World War I, depression in the cotton market, and a drought that caused crop failures. The school closed on May 15, 1917. This collection includes correspondence, legal, and financial information about the history of Sabinal Christian College (Sabinal, TX).

Phil Boone Collection, 2010-2012, MS#408 [Revised Finding Aid]
Phil Boone graduated from Abilene Christian University in 1983 and served in various capacities at the university including as vice president of advancement and currently as a senior advisor and executive fundraiser for the ACU Advancement team. This collection contains photos from events Phil Boone was associated with at Abilene Christian University.

John Wright Papers, 1844-1847, MS#420 [Revised Finding Aid]
John Wright was an elder and minister of the Restoration Movement, commonly accredited leadership of the movement in Indiana. He was born on December 12th, 1785 and died on May 2nd, 1851. He married his first wife, Peggy Wolfescale, in 1803. She died in 1805 following the birth of their daughter. He later married Nancy Peeler who died August 29, 1844. This collection includes the personal diary of Wright and a personal letter sent to Wright by Nathan Field, and a 4th Edition of The Orthodox Preacher.

Sermon Charts Collection, circa 1930-1940, MS#434 [Revised Finding Aid]
This collection consists of three notebooks and twelve cloth sermon charts which are housed in one box.

Family Encampment at Red River Records, 1974-2015, MS#523 [New Finding Aid]
The Red River Family Encampment began in Red River, New Mexico in the summer of 1987 as the vision of Harold and Sally Paden. The Elders of the Southwest Church of Christ in Amarillo, Texas, assisted with the first summer of programming and Jerry C. Lawlis became the first executive director along with Paul Methvin. 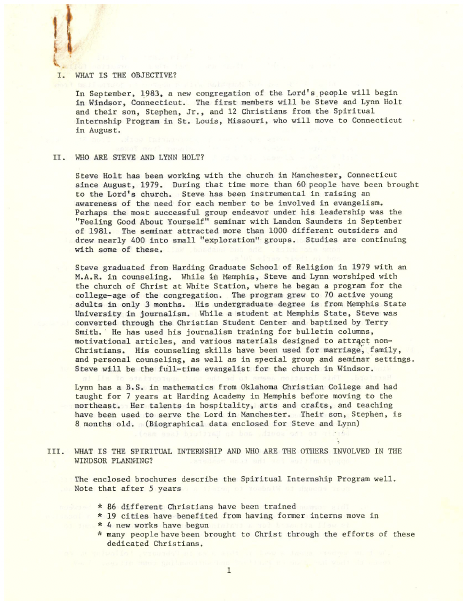 Gary Joe Sorrells Papers, 1965-2017, MS#473 [Revised Finding Aid]
Gary Sorrells currently serves as Director Emeritus and as a member of the Board of Trustees for Great Cities Missions. These papers include correspondence, manuscripts, photographs, and audio/visual materials documenting the life and work of Gary Joe Sorrells. 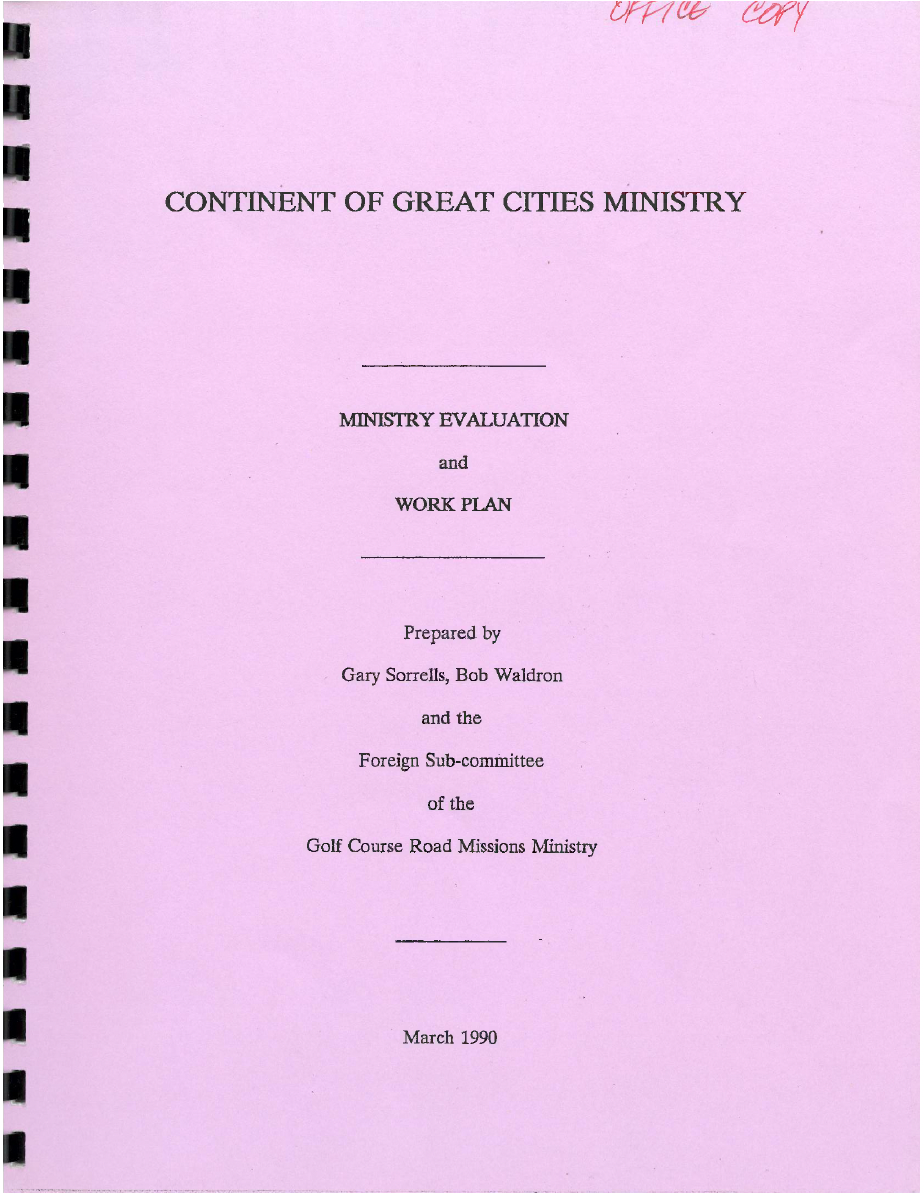 Churches of Christ Audio Collection, 1955-2007, MS#497 [New Finding Aid]
This accession combines three previous accessions into a single collection. R 2007.843; R 2009.191; and R 2010.098 (each containing one cu ft box) combined into a single collection. None of the accessions had any contextual information accompanying the recordings, nor provenance, nor unifying collector or entity responsible for them. It is likely that they comprise accumulated single item donations. Further, it is also likely that since they did not fit neatly into the recording activity of Jack Burford, that they did not properly belong with that collection. Box 1 (2007.843) contains 7 inch audio reels and one 5 inch reel; some are labeled and some are blank or unmarked. Names include: Randy Becton, Bill Banowski, Juan Monroy, Stanley Shipp, John Allen Chalk, Glenn Owens, Ken Mick and Bob Scott. Box 2 (2009.191) contains sermon and lecture tapes, many from Lubbock Christian University events, some pertaining to youth ministry. Box 3 (2010.098) contains unmarked cassette tapes, nine 5 inch audio reels, five reels in tin cases titled “Tales from the Great Book.”