Ghana Bible College Collection, 1967-2013, MS#460 [Revised Finding Aid]
Ghana Bible College was founded in 1962 and was begun by missionaries from Cedars Church of Christ, Delaware. Fred Aarae, who donated these materials, is an Abilene Christian University alumnus and Director of Village of Hope in Ghana. This collection includes copies of newsletters and correspondence from missionaries and ministers in Ghana. 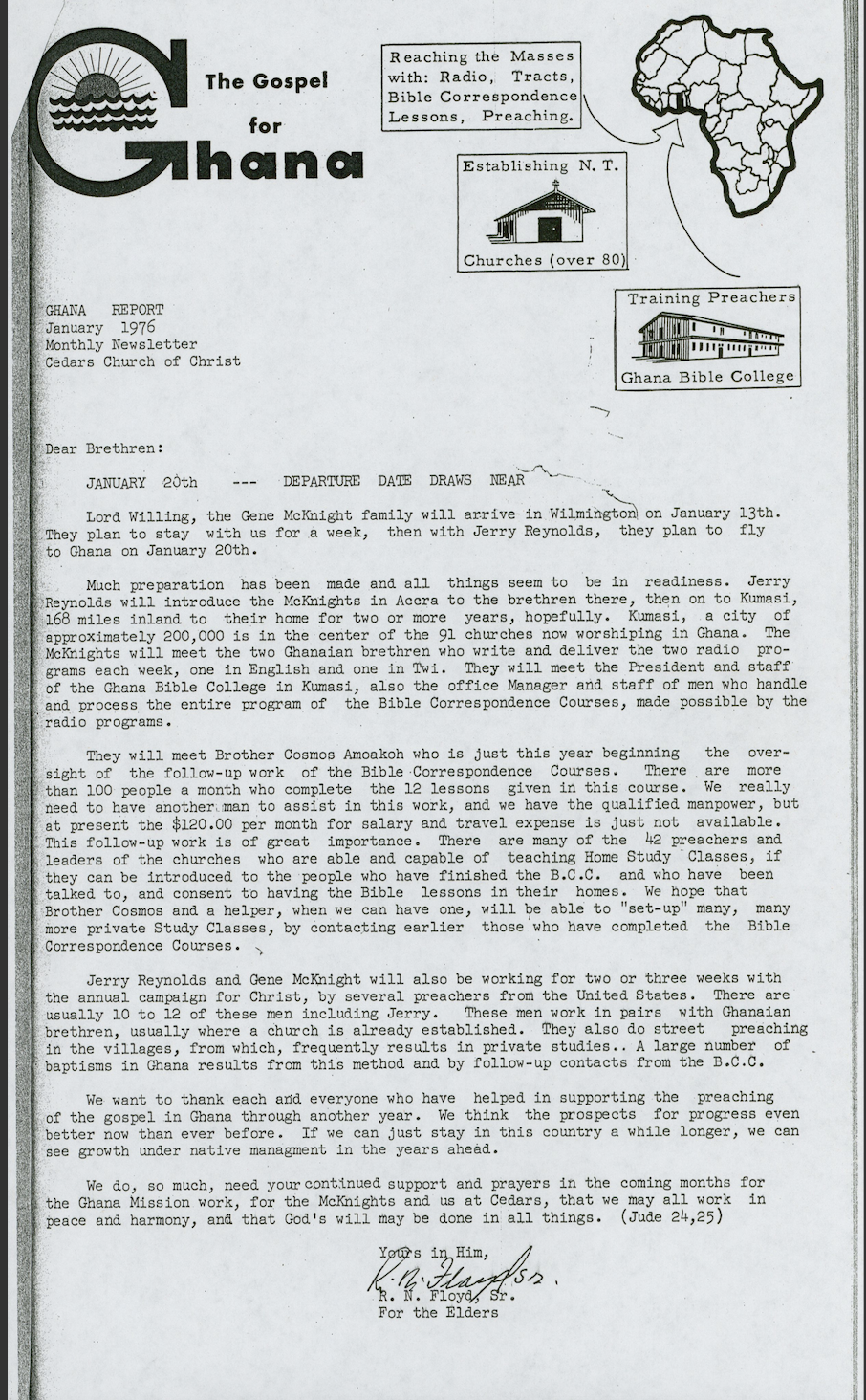 Eddie Leon Sharp, Sr. Papers, 1949-1997, MS#470 [Revised Finding Aid]
Eddie Leon Sharp Sr., also known as Leon Sharp, was a Church of Christ minister for about 45 years primarily in Texas but also in New Mexico and Oklahoma. He was born in 1928 and died in 2017. He was married to his wife, Billie, in 1950 until her death in 2016. They had three sons, Eddie, Mark, and Bryan. His son, Eddie also became a Church of Christ minister. Leon preached at Churches of Christ across Texas, including in Bronte, Sheffield, Meadow, El Passo, Denison, and Canton, along with other churches in neighboring states. This is a collection of framed photographs and diplomas, sermon notes, and church bulletins. The collection is arranged chronologically within series. Boxes 1 and 2 are arranged from 1955-1995. Box 3 and 4 are arranged by content and date.

Lloyd Theodore “Ted” Poe Papers, 2005-2018, MS#483 [Revised Finding Aid]
Ted Poe was born in Temple, TX on September 10, 1948. Poe obtained his B.A. from Abilene Christian University in 1970 and his J.D. from the University of Houston in 1973. Poe served in the United States Air Force Reserves from 1970-1976. Poe served as district attorney for Harris County, Houston, TX from 1973-1981 and as district judge in Harris county from 1981-2003. Poe was elected to the United States House of Representatives for the 109th Congress in 2005 and served as Texas Representative (Republican) from January 3, 2005-January 3, 2019. This collection contains floor speeches by Congressman Ted Poe delivered to the United States House of Representatives during the years 2005-2018. 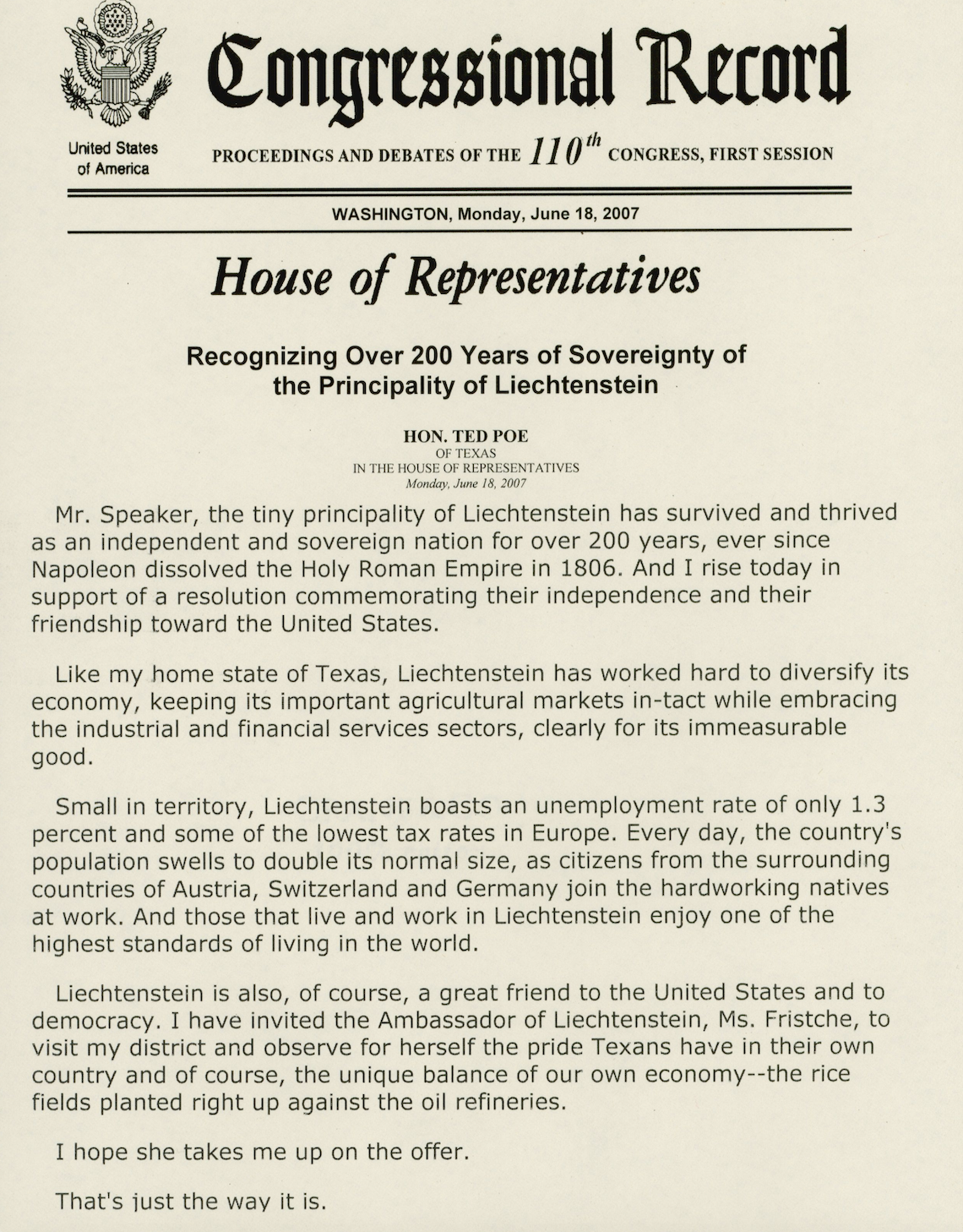