The Edward Washington McMillan Papers (1863-1986) are processed and ready for researchers. The finding aid for the papers and digitized selections are now available on DigitalCommons@ACU. 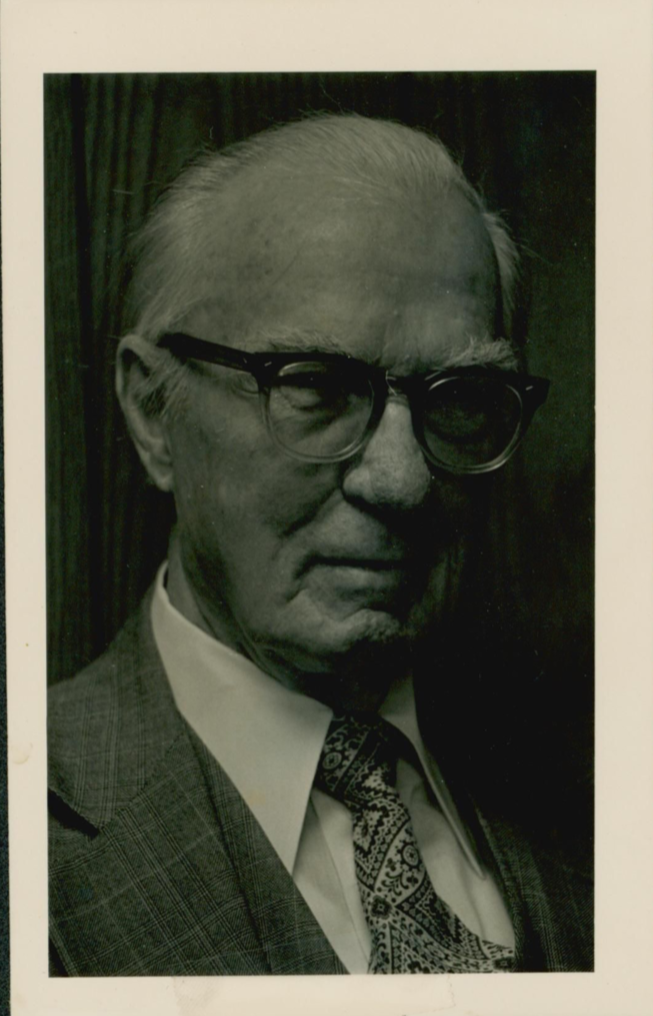 Edward Washington McMillan, a minister, author, and editor, was born in Baden, Texas on September 27, 1889. He attended Gunter Bible College, Austin College, Baylor University, and Southwestern Baptist Theological Seminary. Preached in the majority of the United States and in Japan, China, Korea, and India. Founded Ibaraki Christian College in Japan and served as president. McMillan served as president of Southwestern Christian College in Terrell, Texas. He served in Churches of Christ in Waco, Cleburne, Abilene, Fort Worth, Lubbock, and Garland, Texas; Nashville and Memphis, Tennessee; and in Santa Ana and Whittier, California. He served as a part of the ACC Bible faculty from 1929-1934. McMillan died at the age of 101 in 1992 and is buried at Holloway Cemetery south of Sherman, Texas. 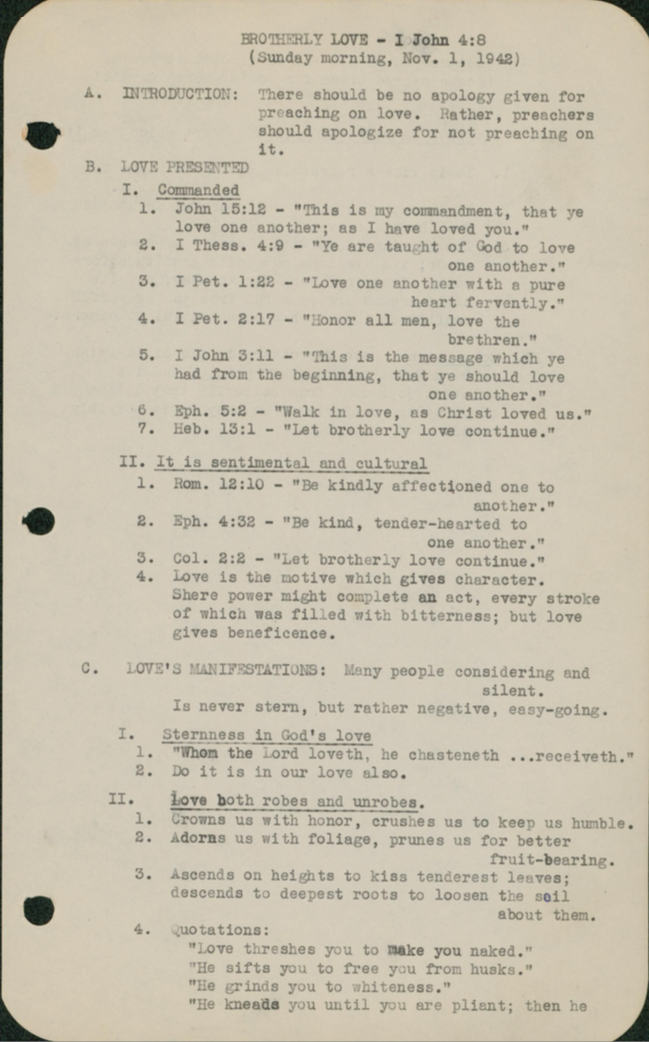 The Richard F. Baggett Papers are ready for researchers. An updated finding aid and digitized selections from the collection are now available on DigitalCommons@ACU. 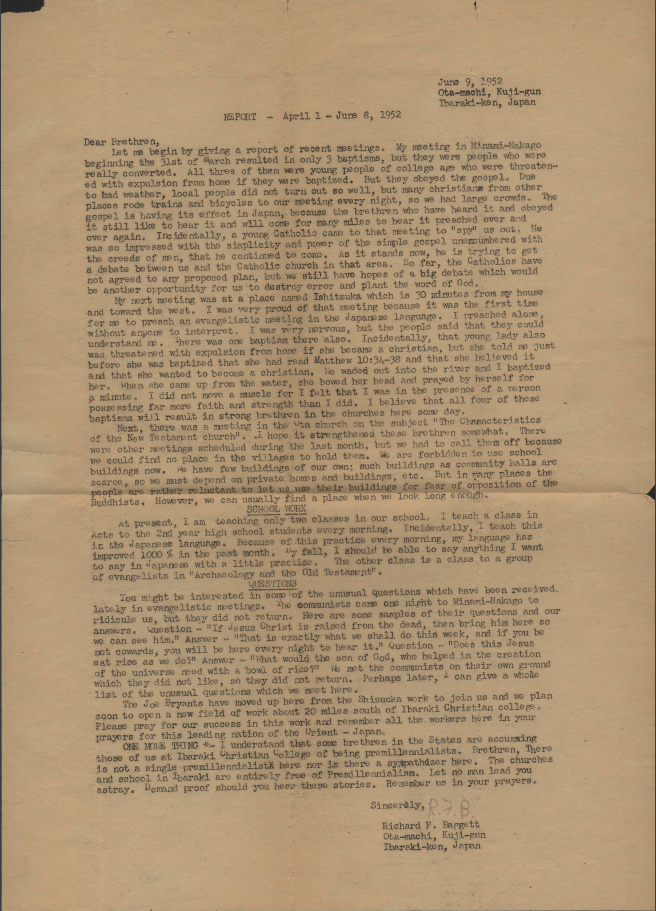 Richard F. Baggett graduated from Harding College in 1949. Richard and his wife, Mary, served as missionaries in Japan from 1950-1955, and 1956-1958. The focus of their work was training native preachers, establishing churches, teaching Bible at Ibaraki Christian College, and holding gospel meetings. The Baggetts were financially supported by the Coleman Avenue Church of Christ (Memphis, Tennessee), and the Union Avenue Church of Christ (Memphis, Tennessee). 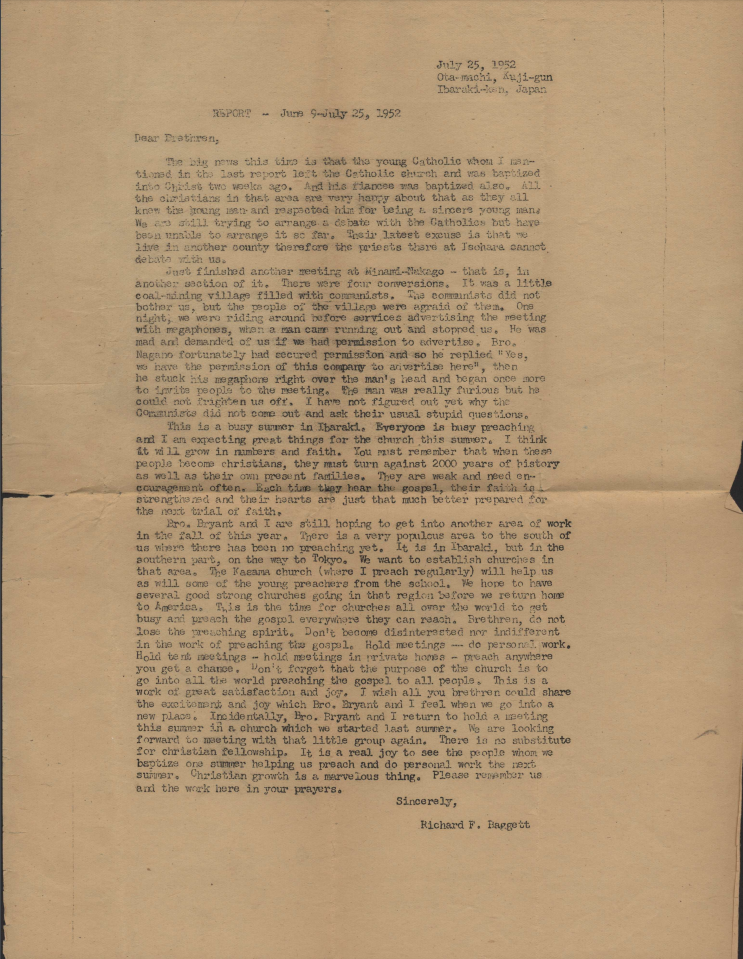 This collection includes two reports from Richard F. Baggett, an American who was serving as a Churches of Christ missionary in Japan. Baggett mentions preaching in Japanese for the first time without the assistance of an interpreter, describes gospel meetings, discusses the presence of communists, and addresses accusations that those operating Ibaraki Christian College were premillennialists. 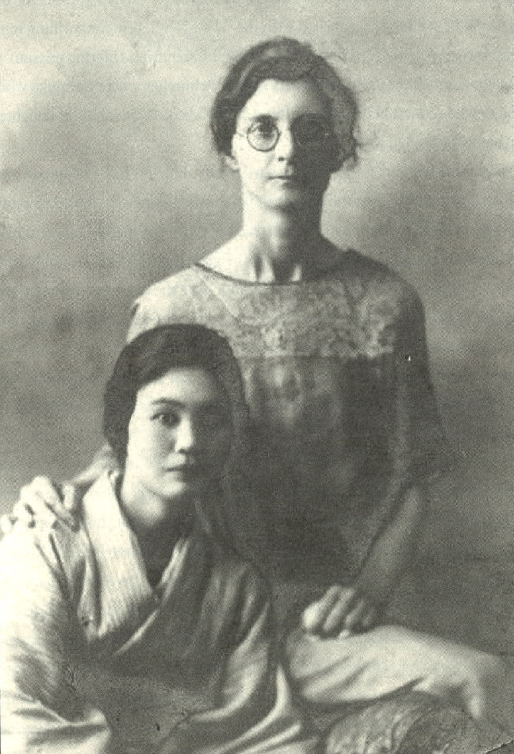 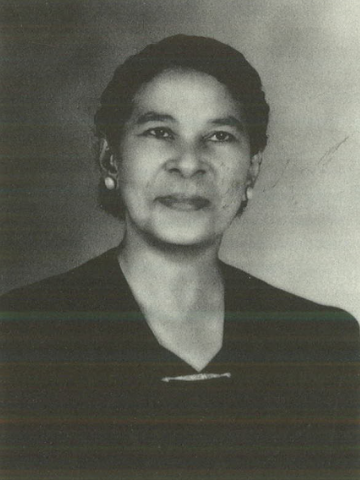